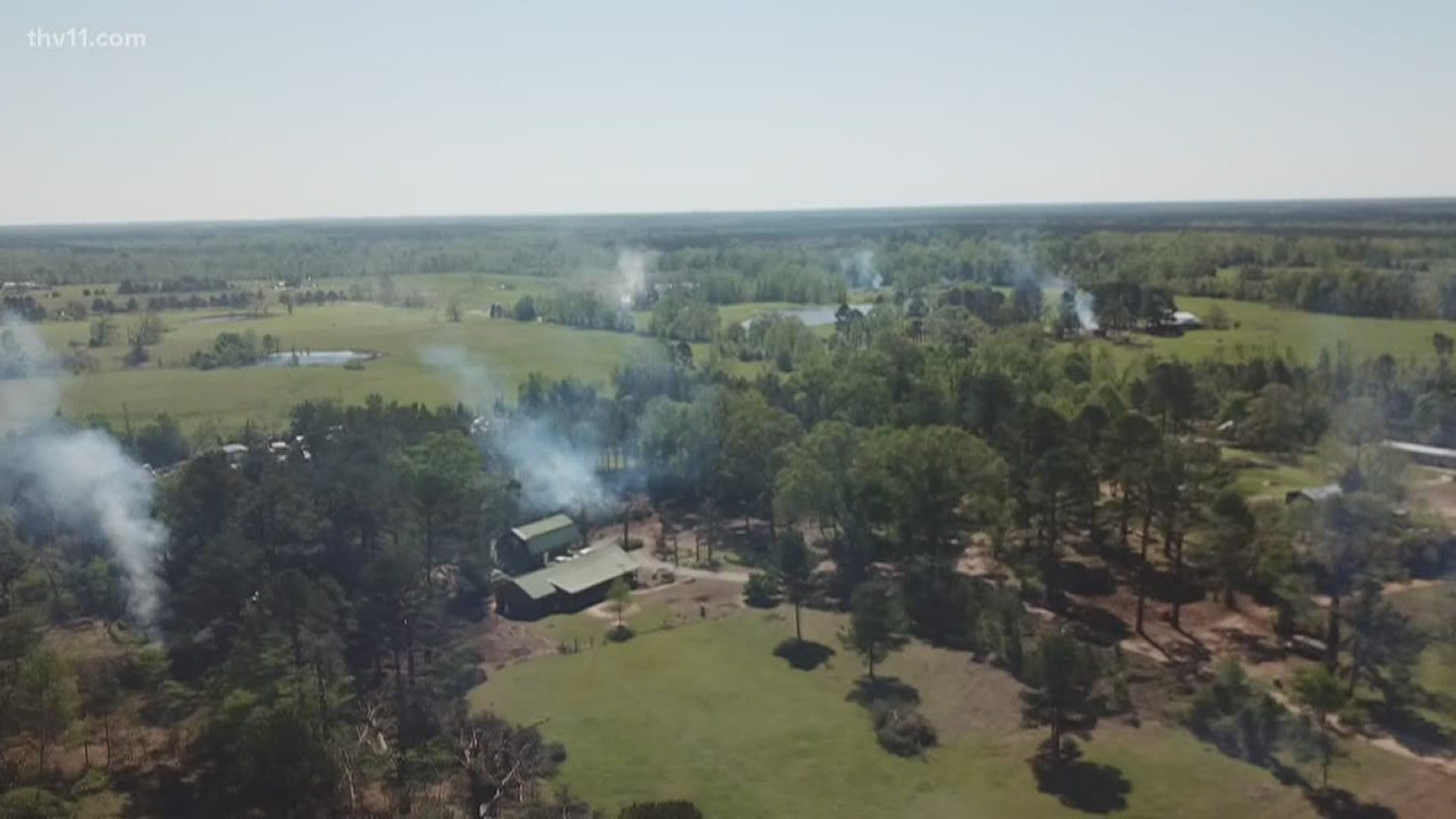 STAR CITY, Ark. — It's been one week since the Easter Sunday storms that damaged parts of our state and left many in the dark.

While the majority of Arkansans have their lights back on, some have been without power for the past six days.

For Star City, it's been non-stop for local leaders, lineman and community members as a whole.

Since last week's storms, eight different electrical company crews from all over the state have come to help.

"What I see is not something that's unusual for our community," she said.

Hours before the sun even peaked through the clouds on Sunday morning, people in Star City began their day.

"They've been working 16 hours a day, so if we can give them some food and just keep them working, then I think it works better for all of us," he said.

Baugh and several others served up food for the lineman, who have been working overtime all week to get Lincoln County's lights back on.

"There's been other people in the town doing it. We just happened to be the ones doing it this morning," he said.

For the past seven days, local businesses have taken turns providing the 160 out-of-town workers with breakfast, lunch and dinner.

Lincoln County Judge Buddy Lynn Earnest said he has never been more proud of his community.

The community coming together after Easter Sunday's storms that left trees on top of houses and at its peak, 21,500 people— out of 22,000— without power.

One week later, 8,000 were still left in the dark, including Baugh.

"My house got it on last night, my business is still without power but maybe a few more days and we will be up and running," he said.

RELATED: Deadly storms leave a mess to clean up across southern Arkansas

He has had six different shipments of generators come in from out of state and even traveled to Louisiana to pick some up.

Heiles said this kind of stepping up isn't unusual for their city.

"Our community has been solely responsible for shouldering this by ourselves and it's okay. We do that, it's what we do, that's who we are," she said.

This story of perseverance and unwavering support is nothing out of the ordinary for this southeast Arkansas city.

"This county has really really come together, but they always have done that," Earnest said.

Community members said they will continue to serve these lineman meals until all their work is done.

The Lincoln County Judge did declare a state of emergency last Monday, so they are hoping to get some extra help as they continue to clean up.