Though Gov. Cooper said no to reopening gyms and bars, he will allow North Carolina teens to get their license without taking a road test. 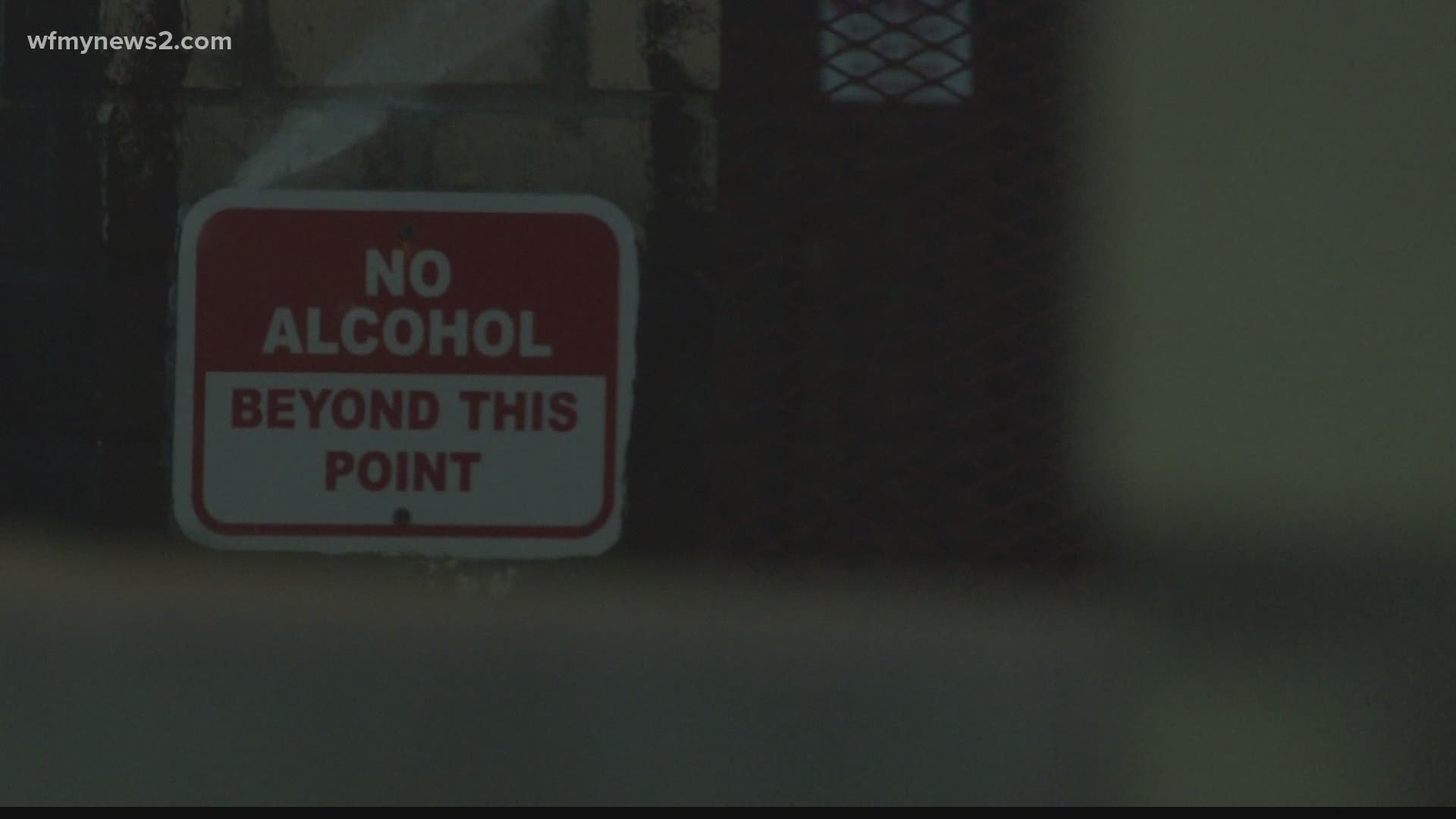 GREENSBORO, N.C. — The North Carolina House of Representatives passed a bill allowing gyms, fitness centers and bars to reopen with a 69-50 vote on June 10. Almost coming down to the last hour, Gov. Roy Cooper vetoed the bill Friday.

The move didn't take bars by surprise, as Cooper has vetoed similar bills before.

"Unfortunately it is what it is," said Seth Mapes, owner of The Bearded Goat in downtown Greensboro, "I hate to say it like that but there’s really nothing else you can do about it. You just got to kind of hold tight and hopefully, it’s sooner than later."

Mapes bars have been closed for three months. When phase 2 went into effect and bars were not included in that, he was relieved because he and his staff still needed time to prepare. However, now, he said they're ready.

"Doing a lot of cleaning. Trying to get everything ready for preparation to hopefully open at some point soon," said Mapes, "We just don’t know what the next steps when we are able to open what will be the guidelines or restrictions."

Lentz Ison, the director of operations at Dram & Draught in downtown Greensboro is also ready to reopen.

"We’re doing everything that we can to make sure that when we do open that everyone is as safe as possible, but we are ready. If we are able to open tomorrow we’re ready to open," said Ison.

But every day they stay closed is another day his business suffers.

"We're just losing money every day that we're closed so we’re just do everything that we can to just keep that afloat," he said.

Dram & Draught is also working on opening another location in Durham, something that will be a new challenge when Ison is able to reopen his doors again.

"It’ll be different. I never opened up a bar during a pandemic," he said.

The veto of the bill that would have allowed him to reopen, didn't take Ison by surprise either. He's hopeful a decision will come next week from the governor.

Mapes said it's important for bar owners to get clarity on what their guidelines will be so they can be ready for that.

"Those guidelines are really going to help us define what we can and can’t do in a bar," said Mapes.

"Tying the hands of public health officials in times of pandemic is dangerous, especially when case counts and hospitalizations are rising. State and local officials must be able to take swift action during the COVID-19 emergency to prevent a surge of patients from overwhelming hospitals and endangering the lives of North Carolinians. The bill could restrict leaders who need to respond quickly to outbreaks and protect public health and safety," Cooper said on Twitter about the decision.

Hardister said that could be a topic of discussion next week.

Though he shutdown House Bill 594, Copper passed House Bill 158 which allows North Carolina teens to get their license without taking a road test. Teen drivers would have to take the in-person road test eventually before getting their full level 3 license, which they’re eligible for six months after having their level 2.

Another bill to allow bowling alleys and skating rinks to reopen is in the North Carolina General Assembly.