Childhood friends Tracy Hart and Robert Lambert have a bond we can all learn a lesson from. 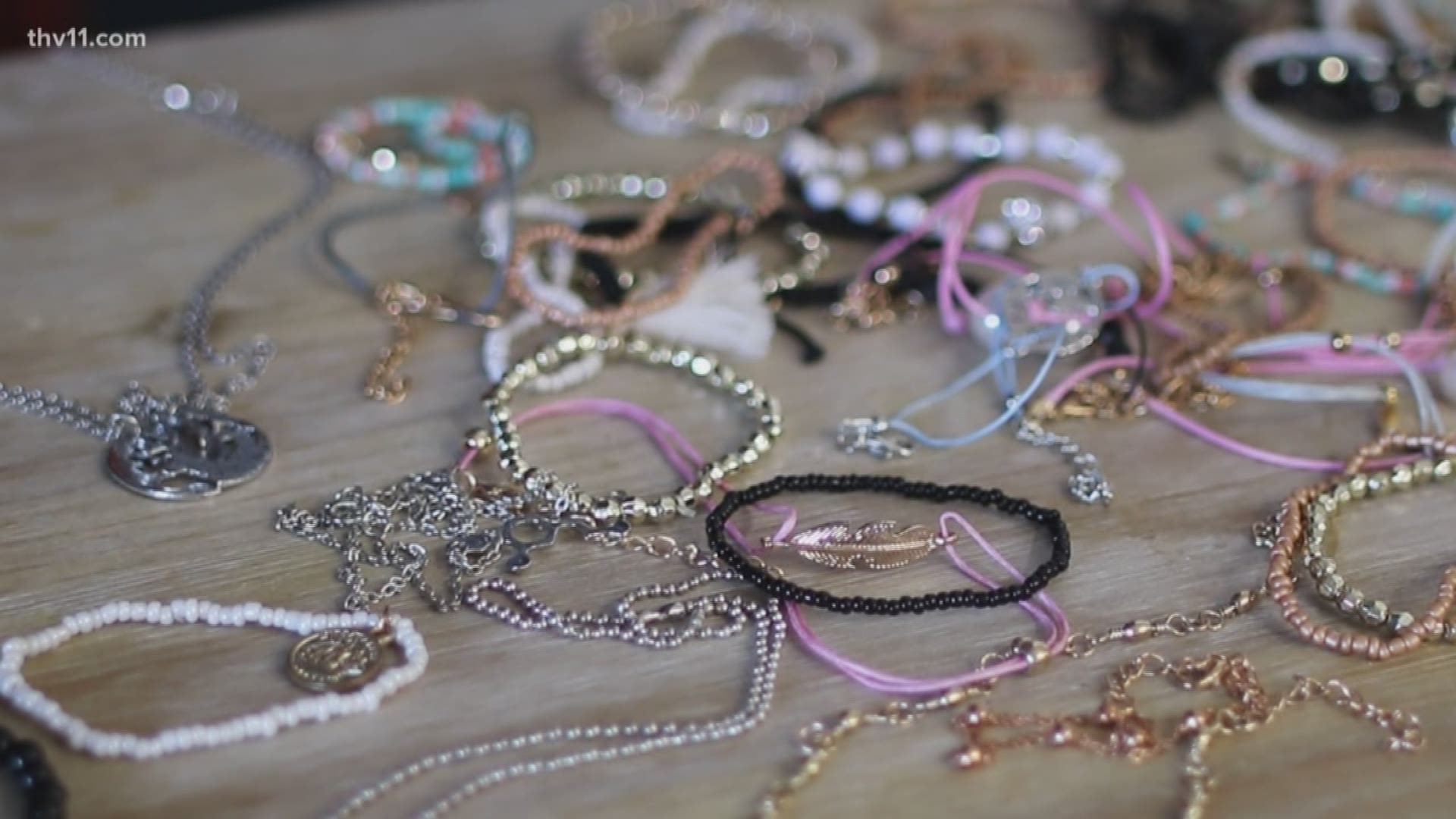 CABOT, Ark — We all have that one lifelong friend - the one we rode bikes with, the one who knew our home phone number by heart and the one who would drop everything to help us when we needed it.

These types of friends are the ones that know us the best and the ones we rely on most when we have reached our breaking point.

Childhood friends Tracy Hart and Robert Lambert embody this type of bond that can teach us all a lesson.

Hart has known Lambert since she was 14-years-old and over the past year, she has seen him battle with one thing after another.

On Sunday while putting price tags on jewelry at her boutique, she thought about Lambert and had an idea.

Hart said it is a simple exchange, that can go a long way, for her lifelong friend whose life changed in the blink of an eye.

"Everybody that's come in has said, I either have been there or I know I could be there," she said.

When you walk into Hart's boutique, Wild Heart Gypsy Soul, you'll see a table that is covered in jewelry.

It may just like look it's beads tied up on strings, but for Hart it has a deeper meaning.

"I know his friendship has supported me through my lowest times and helped me get here," she said.

Hart said she watched her friend of 30 years have almost everything taken away from him in under a year.

"It was just a few circumstances that changed his life dramatically in six months," she said.

Robert Lambert said he first took off from work to care for his daughter, then suddenly his dad and mom both became ill and he was trying to keep his family afloat.

"It just was snowball effect. It's just a tough spot," he said.

Lambert said just when he thought it couldn't get worse, his wife lost her job.

"I'm trying to keep it together but it's just, kind of a losing battle I think," he said.

RELATED: Overcoming and giving back: Arkansas women go from needing help to giving it

A battle Lambert can't face on his own, so on Sunday Hart said she decided to give out jewelry for free at her Cabot boutique in exchange for food for Lambert.

"I wanted a way to give back to him some way, you know, and I don't have it personally to hand to him," she said.

Hart said when she opened her doors at 11 a.m. people began to flood in until 4 p.m. bringing enough food to fill Lambert's trunk with groceries.

Lambert said the amount of food was overwhelming.

"I wouldn't have guessed that many people would've brought stuff up," he said.

A simple piece of jewelry in exchange for a can to support a friendship that Hart said is hard to describe in words.

"I can't really explain our friendship, he's like the brother I never had," she said.

If you would like to help Lambert and his wife, you can drop off food donations at Hart's boutique, Wild Heart Gypsy Soul, at 207 N. 2nd St. in Cabot on Tuesday from 11 a.m. to 3 p.m.

Hart said she will also accept cash donations to give to Lambert's family.