How a man's best friend can help save lives

With September being Suicide Prevention Month and the happiness dogs bring to people on a daily basis, AFSP's fundraiser created joy while educating others. 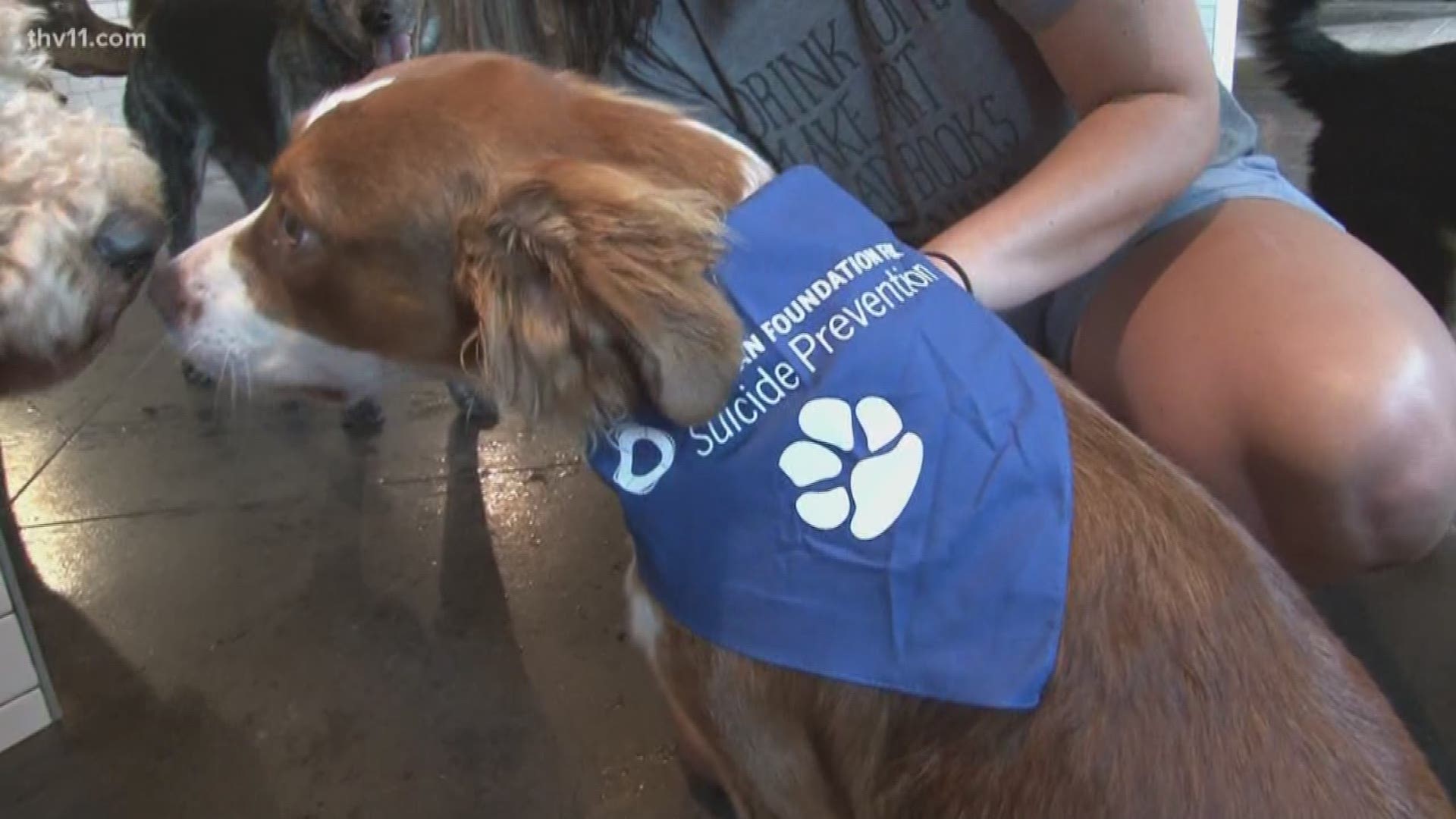 LITTLE ROCK, Ark. — Arkansas's Chapter of the American Foundation for Suicide Prevention joined a Little Rock bar for a fundraiser, but more importantly, to spread a message.

September is Suicide Prevention Month and happiness is always paired with dogs. This is why Kara Fowler, owner of Bark Bar, says hosting this event was a no brainer - she says she did it to create joy.

This joy, Darrell Gabbard believes, can only be brought by "man's best friend."

"With a dog's love, it's unconditional. They are there for you and their whole mission is to look up and give you those bright eyes and go, 'I'm here for ya,'" he said.

Gabbard has owned seven-year-old golden retriever Annie Sue since she was 12 weeks old.

He said Annie Sue spends her days giving an unlimited amount of warmth to people who need it most.

"We go to a lot of different places to share our pets with folks that are in need of a little love," Gabbard said.

He said she has been giving out a little TLC daily for the past year as a certified therapy dog through a local organization, ABLEPaws.

"You walk into a room, into a hospital, and it's just— they light up," Gabbard said.

Brightening up rooms is not just something Annie Sue can do though. This is a trait of every furry four-legged friend.

A trait that, Mary K. Meacham, said gave her the idea for this fundraiser.

"I just happened to come in one afternoon and started thinking about how important our pets are to our emotional well-being and just our overall well-being," she said.

Meacham said it reminded her of the pet she has at home.

"Which belonged to my 24-year-old son who we lost to suicide 9 years ago and she was 8 months old, so that's a piece of him that we still have and she's been very important to us," she said.

Meacham said the memory of her son is the reason she educates people year-round on how important it is to talk about suicide and tips on how to start conversations with loved ones you may be worried about.

"A big thing for a lot of people is just being able to say the word 'suicide' to someone because the old thinking was 'oh if we say that word, we are going to plant that in their head,'" she said.

Meacham said debunking these old myths and making sure people know correct language usage is all encompassed in AFSP's teaching.

"Just that education piece is so critical. We can't do better if we don't know better," she said.

There will be plenty more events hosted by AFSP this month - you can head to their website https://afsp.org/chapter/afsp-arkansas/.