LAWRENCEVILLE, Ga. — A suspect crawled through a fast-food drive-thru on Christmas morning, made himself a meal and took a nap - all before leaving with electronics three hours later, according to police.

Gwinnett County Police are looking for a man that they say entered the Taco Bell on Sugarloaf Parkway in unincorporated Lawrenceville at about 12:15 a.m. on Dec. 25.

Once inside, the suspect, described as a black man with facial hair wearing a black sweatshirt, turned on the fryer and entered a cooler and retrieved some food items. After making a meal, the suspect is seen on surveillance taking a nap for some time.

About three hours after he first entered the restaurant, police say the suspect woke up, took a laptop and a tablet and left through the back door, triggering the alarm.

Police responded to the alarm but found no one at the restaurant.

Officers were called back to the restaurant when it opened by a manager, who said the suspect left behind his headphones and a black beanie cap.

The restaurant manager told police that the suspect could possibly be a former or current Taco Bell employee, since he had a working knowledge of working the fryer and where the food would be. 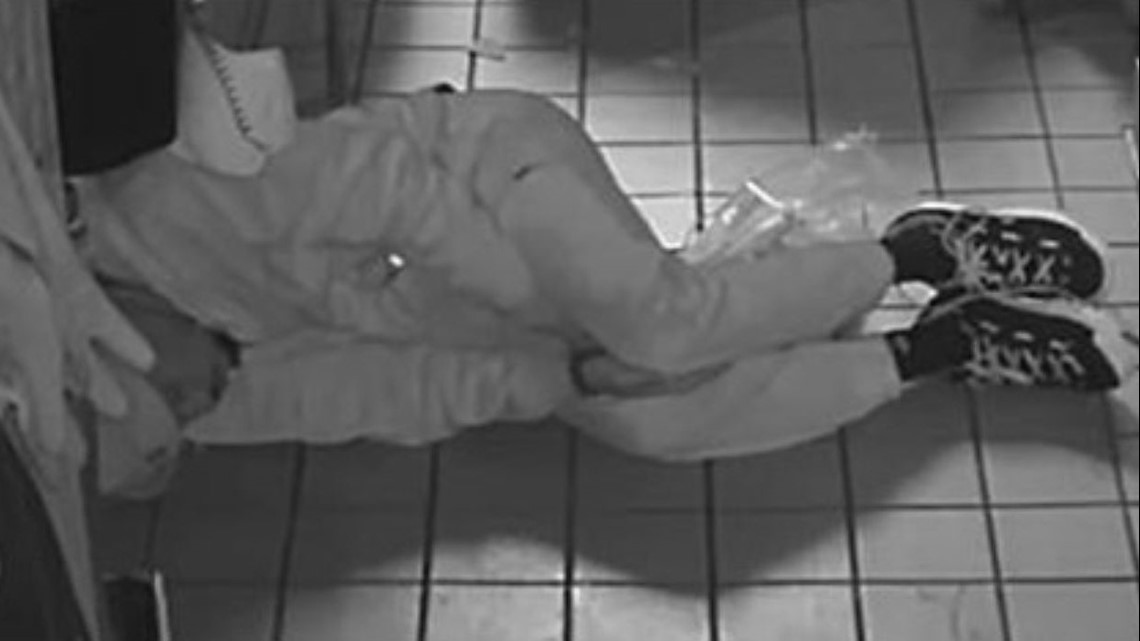