Concerts could return to Simmons Bank Arena in August 2021 and plays could hit the stage at Robinson Center in May 2021. 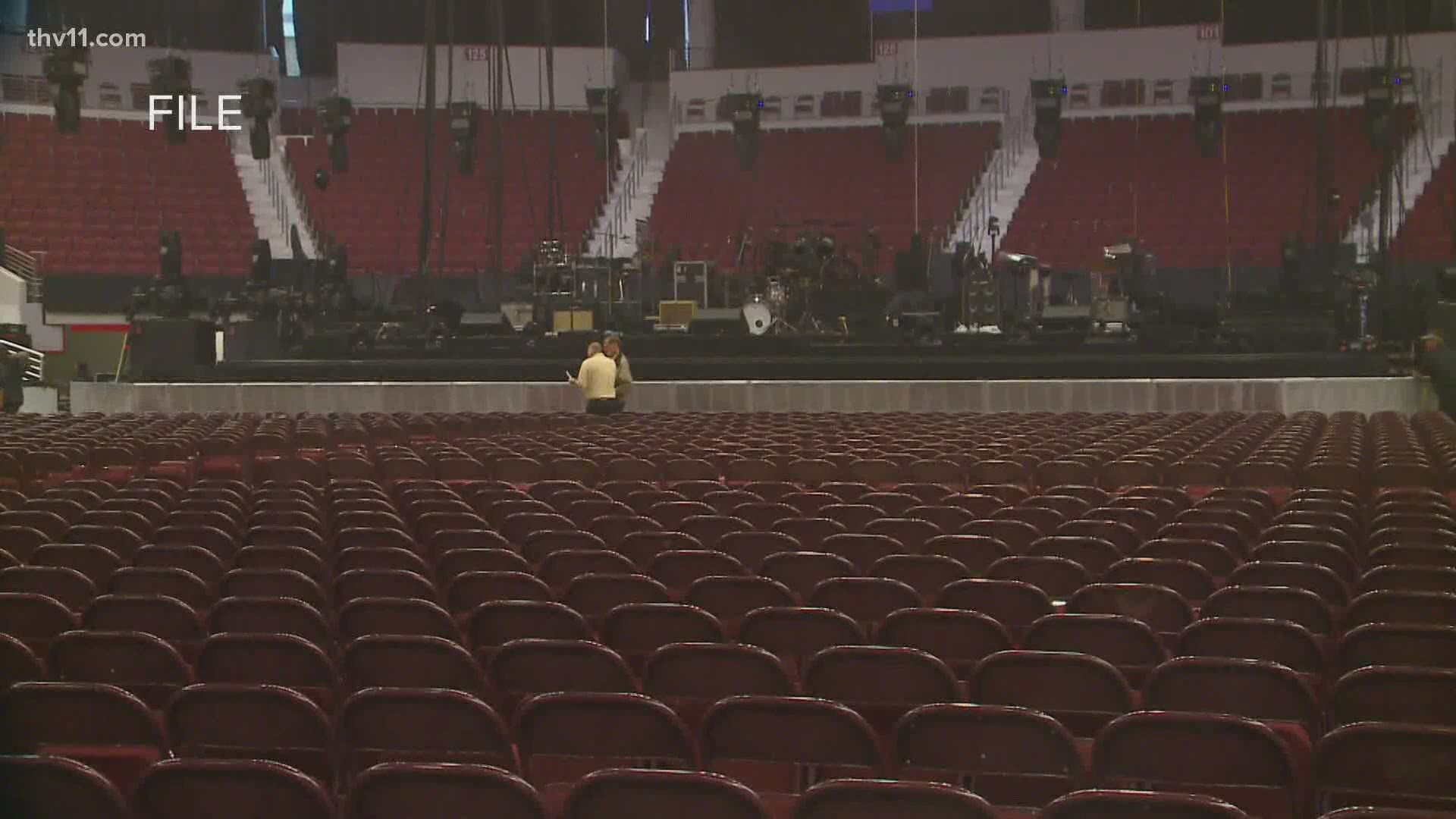 LITTLE ROCK, Ark. — Live shows and concerts were some of the first events to cancel and could be some of the last to start back up.

For many of us, it's been six months since attending a big event, but there is hope you won't have to wait much longer.

That rescheduling got us wondering, what will the concert experience be following a pandemic?

The sound of drums and keys filling the room and powerful voices taking over the stage are things event venues, like Simmons Bank Arena and Robinson Center have been without for months.

"There's so many artists out there that do want to work and want to get out on the road," he said.

"There's really nothing more sad than to walk through a world-class performing arts theater and it just be silent," she said.

That silence has turned into a loss of over $1 million, 17 employees without a job, and 12 shows canceled for the self-funded Simmons Bank Arena, according to Marion.

"We had to make some drastic reduction in our expenses, trying to stretch that reverse as far as we can get it to go," he said.

For the Little Rock Convention and Visitors Bureau which runs the Robinson Center, empty seats mean a loss of over $2.5 million, 39 positions gone and 18 live performances canceled, according to Hall.

"It's really kind of grim right now and depressing, but it will return," she said.

Hall said returning for the performing arts theater, which can only fit 800 with social distancing in mind, won't happen until those restrictions can be lifted.

"People don't feel that it's a safe environment yet and those numbers just don't warrant the expense of being able to bring in a live production," she said.

The Marketing Director for Celebrity Attractions Broadway Series said their first play is set for May 2021 at the Robinson Center.

According to Marion, as of now, concerts will return to Simmons Bank Arena in August 2021, but first, there's a Razorback basketball game happening in December 2020.