The location is not being made public while an investigation into who owns the tiger continues. 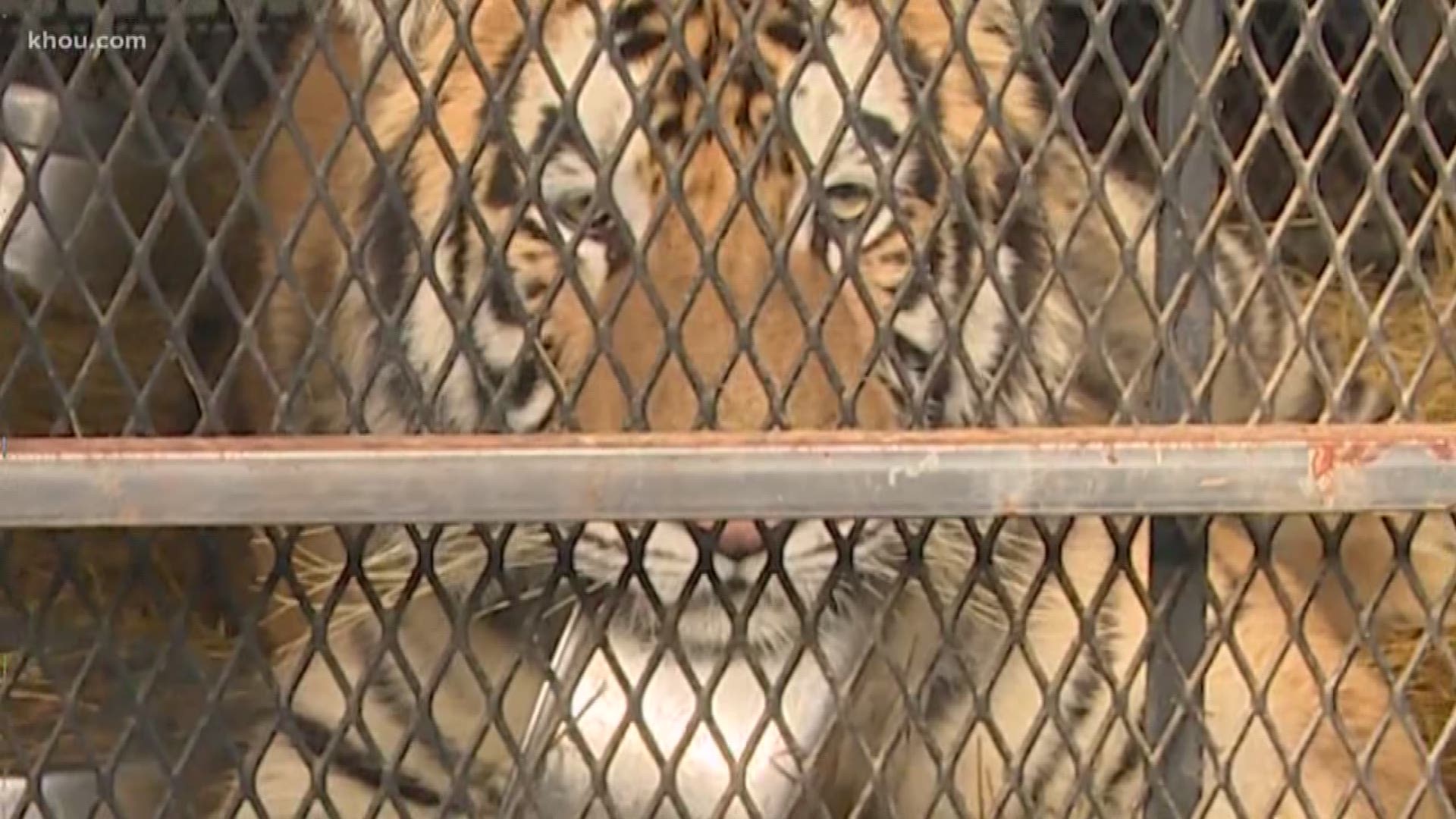 HOUSTON — A large tiger found in abandoned southeast Houston house is on its way to a new home Tuesday morning.

Tyson the tiger, although the sex of the animal has not been confirmed, was transported from BARC Animal Shelter to an undisclosed animal sanctuary in Texas.

The location is not being made public while an investigation into who owns the tiger continues. 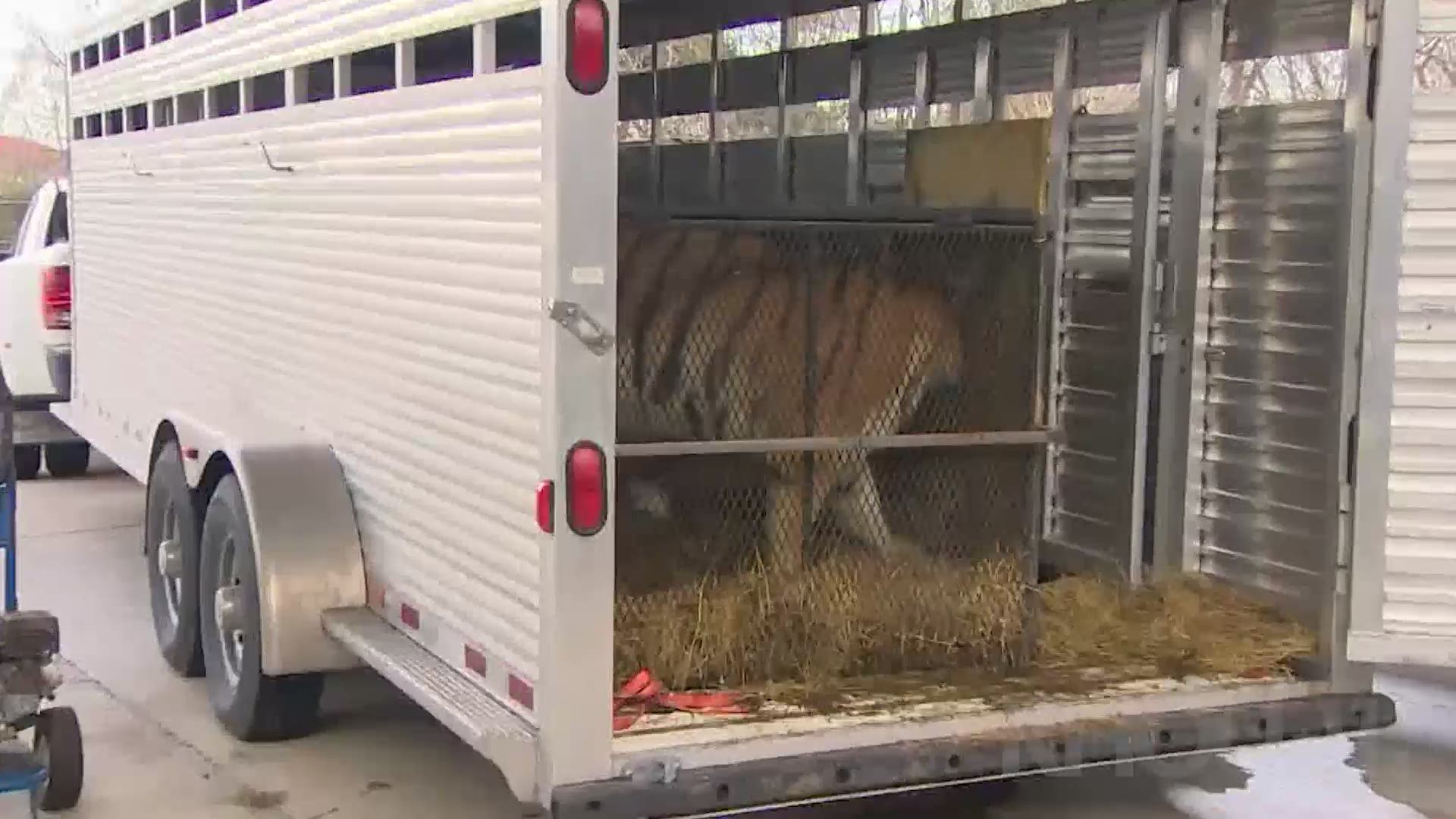 The tiger was found in the home when a couple of people went into the house to smoke marijuana and found it caged. They call 311 who transferred them to BARC.

BARC and Houston police searched the home located in the 9400 block of East Avenue J. They found the tiger in pretty good health but badly housed.

“She (the tiger) was perfectly friendly, she was tranquilized when they moved her, because they were afraid that it might be upsetting for her crossing town on highways,” Lara Cottingham, chief of staff for the city of Houston’s Administration and Regulatory Affairs Department, said. “She was pretty groggy all day yesterday (Monday).”

Cottingham says the tiger seems to be doing pretty well.

“She seems to be in good spirits, was really thirsty when they found her, she’s not causing a ruckus, but we eagerly anticipating the vets to get here so they can give her the proper medical care, food she probably wants,” Cottingham said. 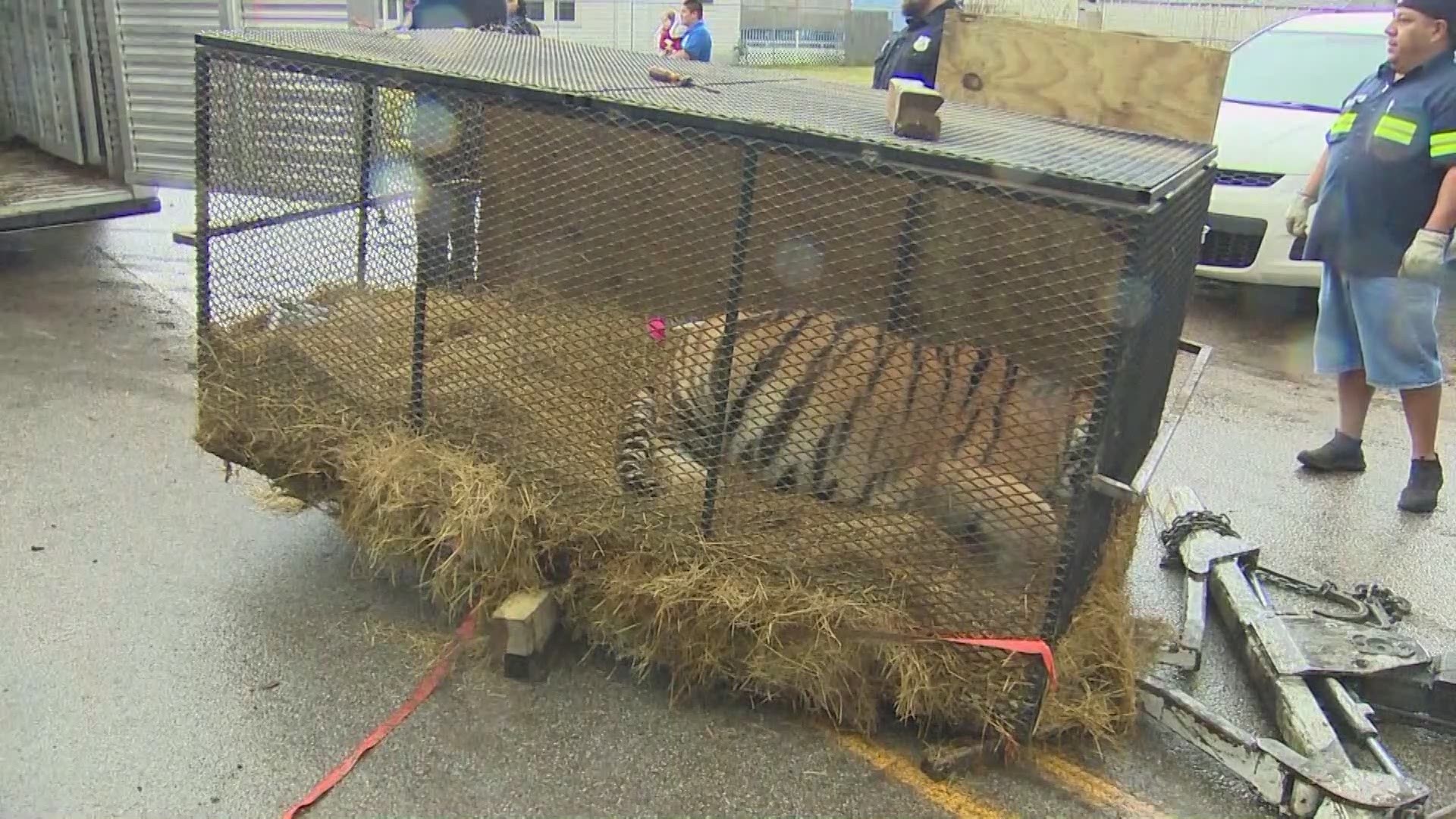 The tiger had not been fed yet Tuesday morning since the big cat specialists said not to feed her until she was fully awake. BARC did not have the food the tiger needed, but veterinarians were going to provide some.

Tigers eat between 10 to 25 pounds a day of chicken or red meat, Cottingham explained.

“Grateful for outpouring of support, I have gotten calls from facilities all over the country saying they interested in helping if we need,” Cottingham said.

Officials have not released any other information regarding the investigation into who owned the tiger.