Uber aims to have its flying taxis available for commercial use by the year 2023.

AUSTIN — Now if this isn't a headline from the future...

The University of Texas at Austin on Thursday announced that its Cockrell School of Engineering is working with the U.S. Army Research Labs to help Uber develop new rotor technology for its proposed urban aviation rideshare network called uberAIR.

Last year, Uber announced that its first ever Uber Elevate cities would be the Dallas metroplex and Los Angeles, with a goal of flight demonstrations set for the year 2020. And by 2023, Uber aims for uberAIR to be operational for riders like you.

With uberAIR, the company has also entered partnerships with multiple aircraft manufacturers and even signed a space act agreement with NASA. That agreement will stimulate research of new unmanned traffic management concepts and aerial safety systems, according to a press release from the university. 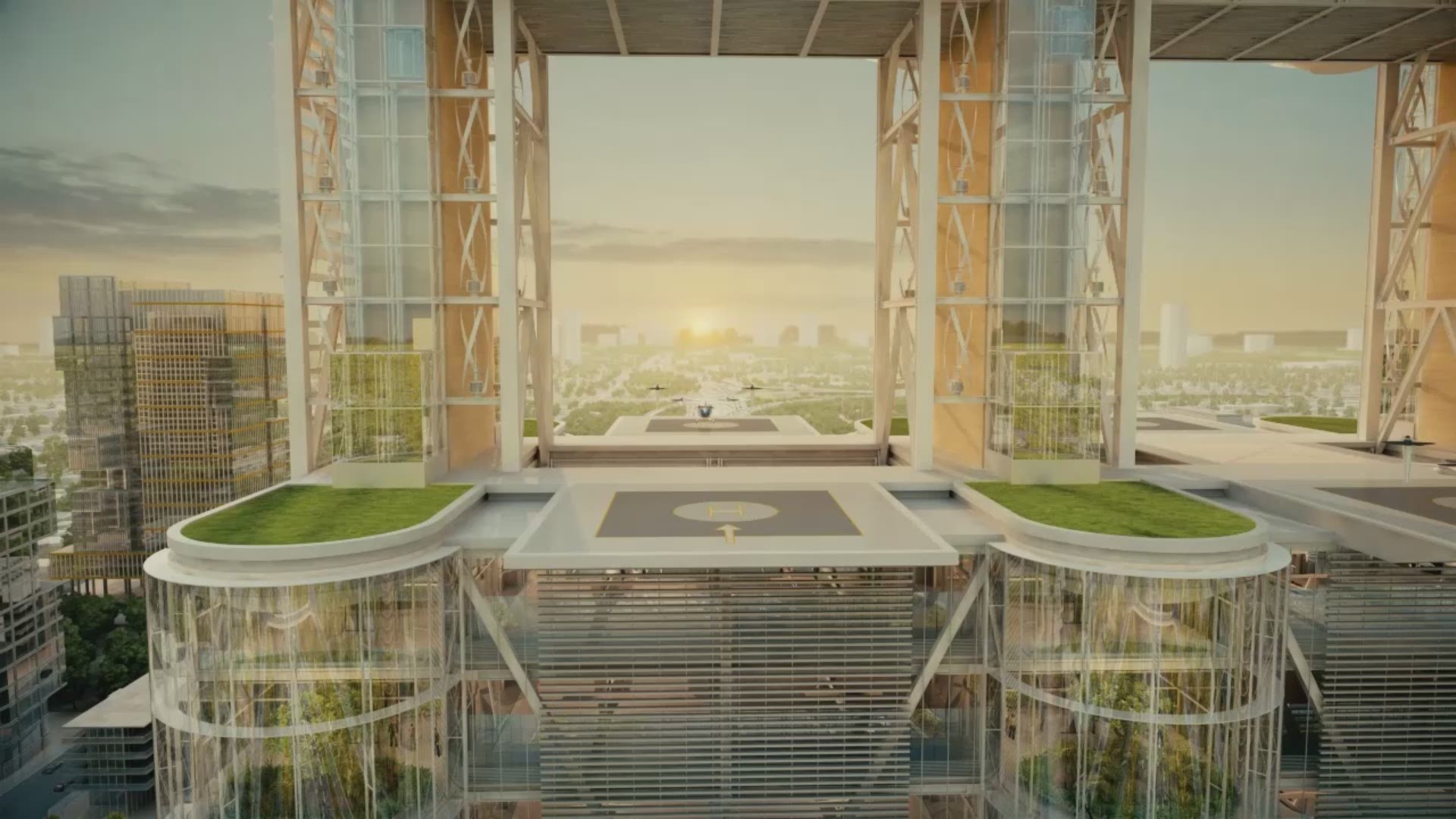 “UT is uniquely positioned to contribute to this new technology, and Uber has recognized that,” said Jayant Sirohi, associate professor in UT’s Department of Aerospace Engineering and Engineering Mechanics and the UT team leader on the project. “In addition to the technical expertise we bring to this area, we also already have a rig to test new rotor configurations right here on campus.”

Sirohi, one of the nation's top experts in unmanned aerial vehicle technology, is part of team that also includes postdoctoral fellow Christopher Cameron and Charles Tinney from UT’s Applied Research Laboratories. Together, they will explore the efficiency and noise signature of propellors for vertical take-off and landing (VTOL), a novel flying technology in which two rotor systems are stacked on top of each other and rotating in the same direction.

"We're particularly interested in the acoustics," said Cameron. "Because that's going to be a major challenge for operating these sorts of vehicles in urban environments."

VTOL aircraft designs used in the project specify that the flying taxis will be fully electric vehicles with a cruising speed of 150 to 200 mph, a cruising altitude of 1,000 to 2,000 feet, and the capability of completing trips of up to 60 miles on a single charge.

"You pull out the app and you put in your ride, push a button, get your ride," said McDonald. "You will either walk to a near by vertiport, or maybe take an Uber to a nearby vertiport, where you'll get on this aircraft where it'll fly you across town above traffic for that 25- to 60-mile leg of your trip. You'll go down out of the building after you get off of your aircraft and then either walk to your destination or take another Uber."

Uber adds that each flying vehicle will have four passenger seats. It said the Federal Aviation Administration will regulate this new air travel.

We asked Uber how much a trip will cost. McDonald said it could be about two dollars per mile.