VERIFY: No, President Barack Obama can not be named Biden's VP

The Verify Team takes on questions, big and small. A viewer asked us to look into whether President Obama could be named as Biden's VP. Turns out he can't. 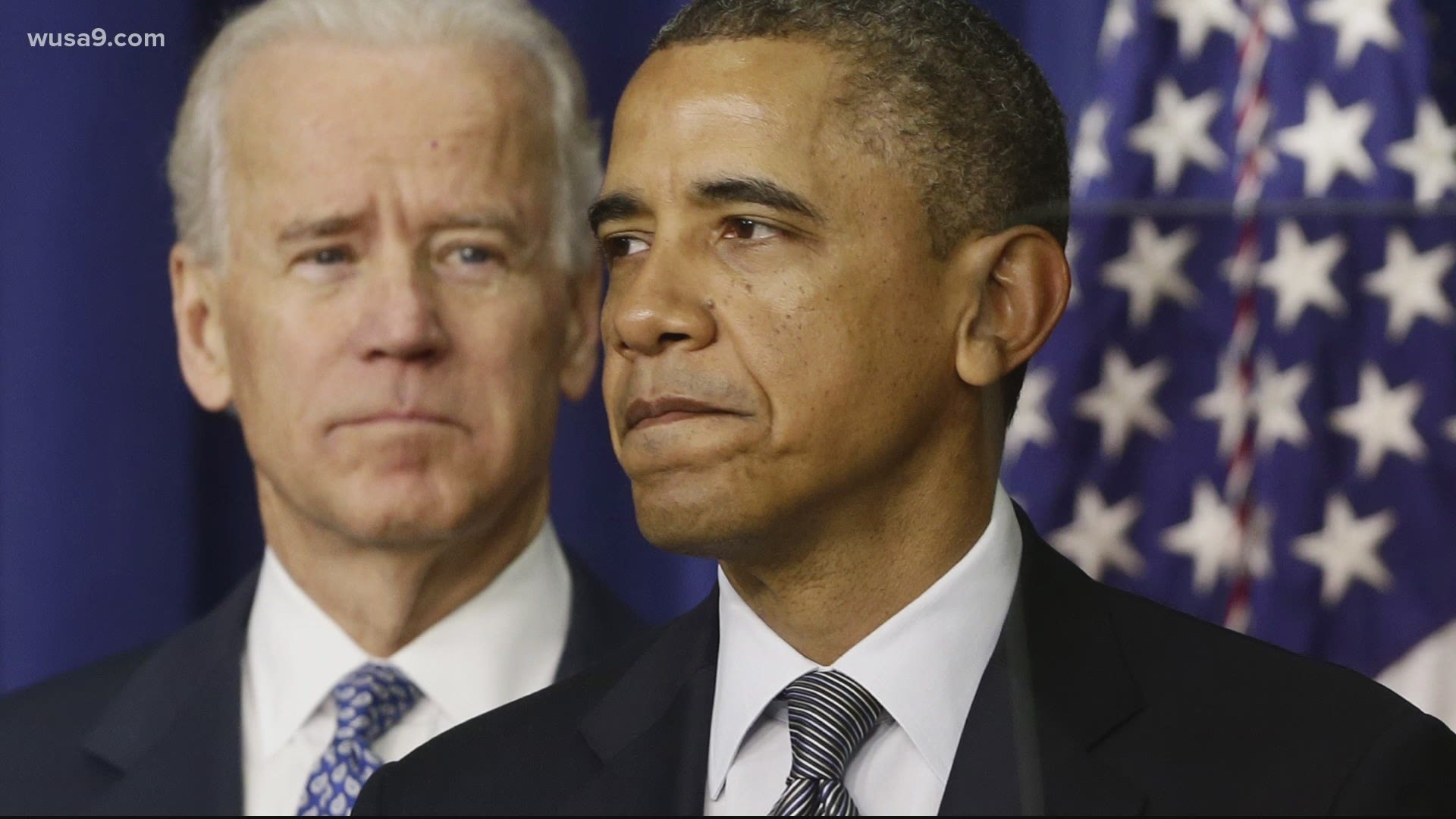 Could a former president, who has already served two terms, be named as Vice-President? For example, could President Barack Obama be named as Joe Biden's vice president?

No. The 22nd Amendment restricts a candidate from being elected to the presidency for more than two terms. The 12th Amendment dictates that a vice president can not be selected if they are not eligible for president.

This makes sense because they'd be next in line if a president resigns or dies in office.

The Verify Team tackles questions, sent in by viewers, both big and small. Patrick Young from Indian Head, Md had the following question:

"I was wondering if President Barack Obama could become Joe Biden’s Vice President,” he said.

To tackle this question, the Verify Team relied on the U.S. Constitution, focusing on the 12th and 22nd Amendments. We also reached out to Adjunct Professor Gary Nordlinger for context.

The 22nd Amendment offers insights on who is eligible for the Presidency itself:

When it comes to our viewer's question, the most important line comes at the very top.

"No person shall be elected to the office of the President more than twice," it reads.

This line pretty clearly would restrict President Obama, or any other two-term president from running for a third term. But what about vice president? To get answers on that, the Verify Team turned to the 12th Amendment:

The 12th Amendment is lengthy, and provides a lot of important information, regarding the election process of the president and vice president. The most important line, in regards to our viewer's question, is as follows:

"No person constitutionally ineligible to the office of President shall be eligible to that of Vice-President of the United States,” it reads.

"It’s been interpreted to say that the vice president has to have the same qualifications as the president," he said.

For example, a vice president must be at least 35 years old, and they must be born in the United States, just as a President must follow these requirements. Nordlinger said this likely applies to term limits as well.

"If anyone tried this," he said. "It would for sure end up at the Supreme Court. Because that’s who decides conflicts within the constitution.”

RELATED: VERIFY: No, this photo does not show President Obama in a lab in China in 2015.

RELATED: VERIFY: Fact vs. fiction on Joe Biden’s quote about busing leading to ‘a racial jungle’