VERIFY: Joe Biden is not the 4th challenger to beat an incumbent president

Biden made a historic claim during a speech this week. It was wrong. He would be the 15th president to unseat an incumbent. 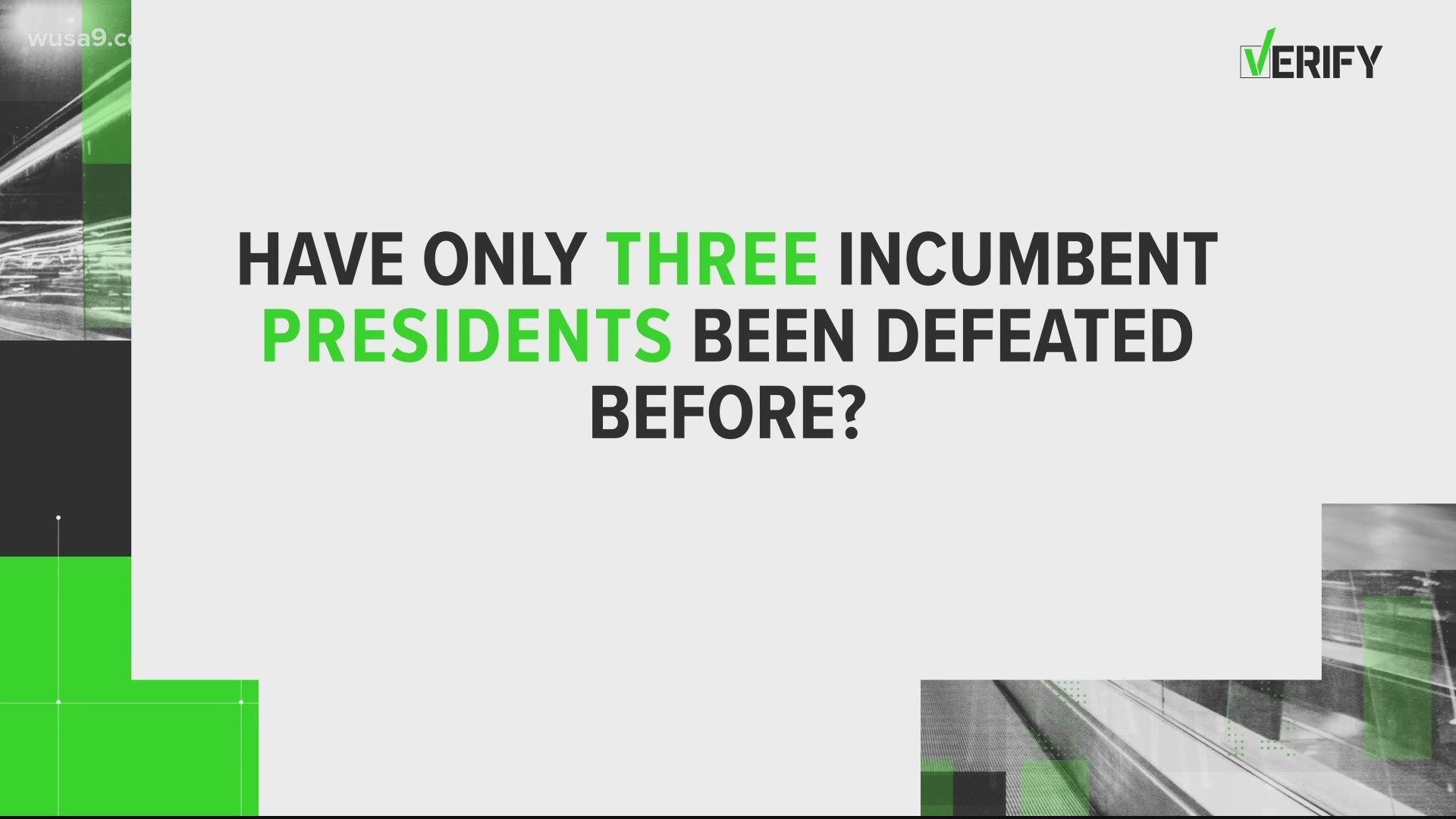 WASHINGTON — For the first time in almost 30 years a president has lost reelection, according to projections from AP and CBS.

But how many presidents have lost reelection?

That became the subject of one of Joe Biden’s speeches earlier this week.

“Only three presidential campaigns in the past have defeated an incumbent president,” Biden said. “When it’s finished, God willing, we will be the fourth,” Biden said.

No, it’s a much higher number.

The Presidential Records from the White House.

This is obviously false. According to the White House records, since George Washington, 10 sitting presidents have been defeated while seeking reelection.

In the last century alone, four have lost reelection. From the 1990s back to the 1930s: George H.W. Bush, Jimmy Carter, Gerald Ford and Herbert Hoover.

To add to it, in the 1800s, four presidents never made it to the general election because they lost in the primaries.

That brings the total to 14 incumbent presidents in history who have been defeated for reelection. Which is clearly not three. Joe Biden’s claim is inaccurate.

Don’t forget before 1951 there was no presidential term limits. That meant some presidents did seek a third term in office.

Which brings us to Woodrow Wilson. Wilson was president during the 1918 Spanish Flu Pandemic. During that pandemic more than 600,000 Americans died.

Wilson served two terms and attempted to run for a third. However, he didn’t even get picked as his party’s nominee in the primary.

RELATED: VERIFY: Why is it taking Nevada so long to be called?

RELATED: VERIFY: The Trump campaign is signaling a recount in Wisconsin. Here's what that means and what to expect