VERIFY: Yes, pre-K classes will only be in-person this year

Several viewers were wanting to know more about a screenshot going around on Facebook about pre-K this year being on-site instruction only with no online option. 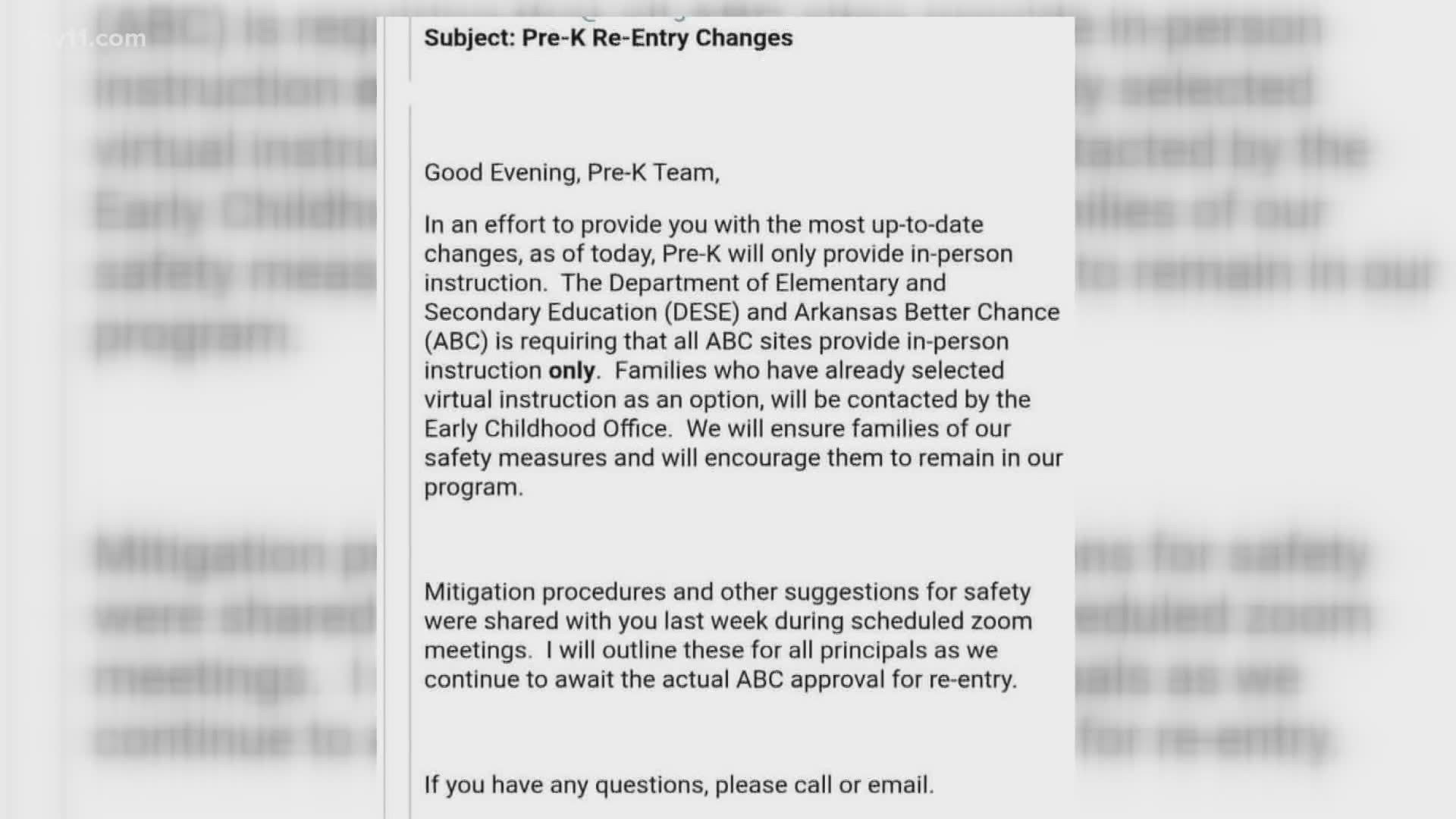 Several viewers were wanting to know more about a screenshot going around on Facebook about pre-K this year being on-site instruction only with no online option.

The Arkansas Better Chance or ABC sites that provide pre-K will be in-person only.

The state is getting in touch with parents who had applied for virtual learning.

So, why is this happening?

The education department said they made this decision to align with DHS policies and procedures for pre-kindergarten programs.

According to DHS, children who are young enough to be in pre-K are simply too young to apply themselves to virtual learning.

Parents would have to be heavily involved in helping their children by keeping them focused.

Plus, most of these children will have already been in childcare so moving them to the pre-K program would be moving them into a different classroom, DHS said.

So, THV11 can verify that ABC programs are set to be in-person only.

Another thing to take into consideration is a report by the American Academy of Pediatrics, calling for parents to send their kids back to the classroom because social isolation could be more harmful than the risk of catching the virus.

Pediatric Doctor Jerry Byrum at All for Kids Pediatric Clinic in Little Rock backed the AAP.

"COVID-19 is not that terribly dangerous to small children, even if they catch it,” said Dr. Byrum. “We know there are dangers if you are socially isolated for too long. The longer it goes, the more dangerous it can be.”