VERIFY: No, Coca-Cola did not put 'Try to be less white' on Coke cans

A viral post on social media is making the rounds claiming Coca-Cola is writing "Try to be less white." on its cans. 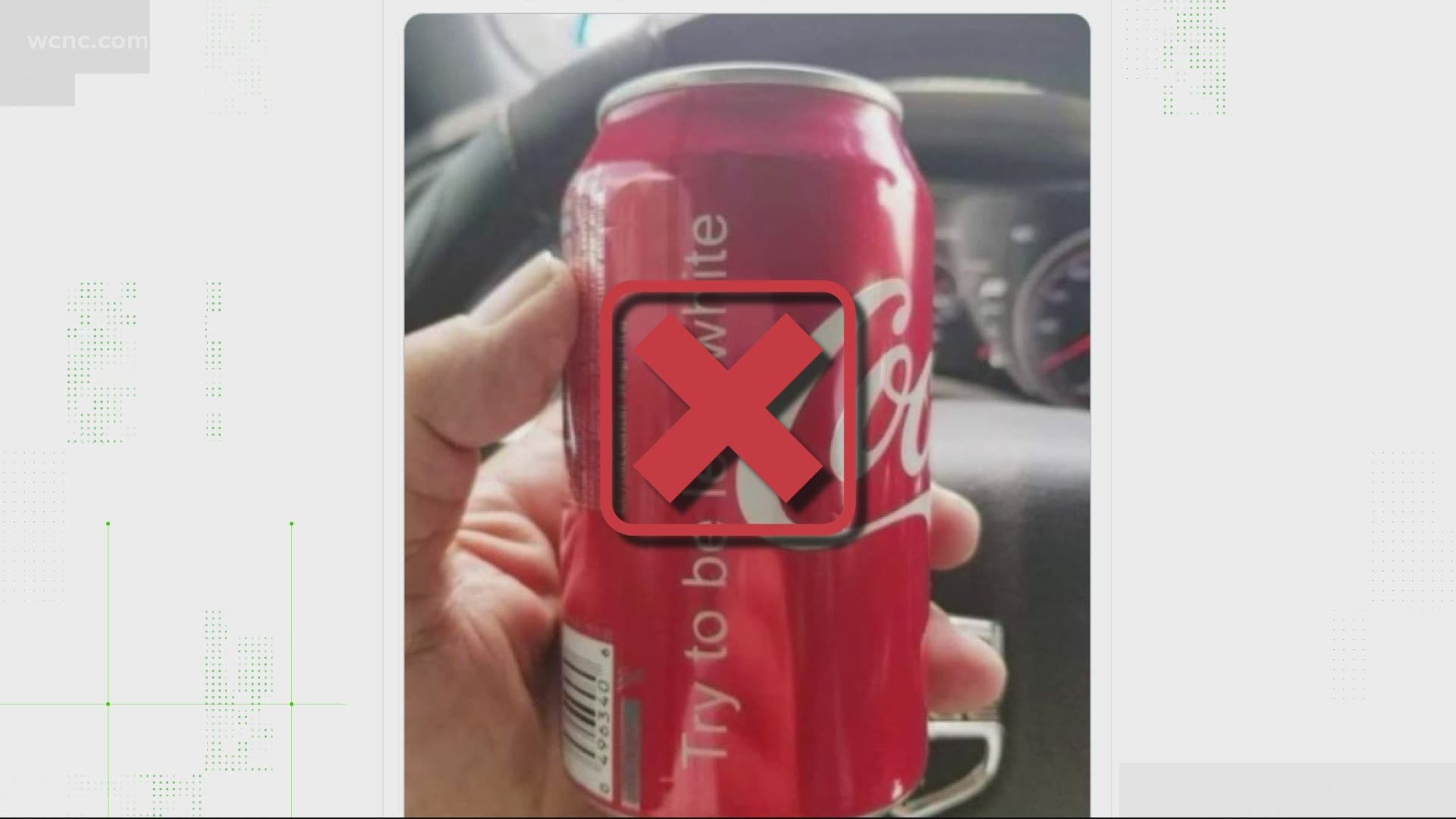 A viral post on social media is making the rounds claiming Coca-Cola is writing "Try to be less white" on its cans. Several people have reached out to WCNC Charlotte's VERIFY team asking if it's true or if it was the result of some photo editing.

Did Coca-Cola put "Try to be less white" on its Coke products?

No, Coca-Cola did not put "Try to be less white" on its products.

In a statement from Coca-Cola, the company said, "the mock Coca-Cola can appearing in some social media feeds was not created, distributed or authorized by The Coca-Cola Company."

When our VERIFY team tried to do a reverse image search on the picture, nothing came up.

However, back in February, a similar post was circulating on social media, this time a different picture of a Coke can but with the same wording.

When we did a reverse Google Image search on that photo, it took us to many sites. However, one photo we found was posted through Shutter Stock -- a global provider of stock photos, footage, and editing tools.

When you put it side by side, it's the same image, except if you look at the date on Shutter Stock, it was created May 8, 2014 -- seven years after the doctored photo on social media.

VERIFY is dedicated to helping the public distinguish between true and false information. The VERIFY team, with help from questions submitted by the audience, tracks the spread of stories or claims that need clarification or correction. Have something you want VERIFIED? Text us at 704-329-3600 or visit /verify.