VERIFY: No, Olive Garden has not contributed towards Trump's 2020 reelection campaign 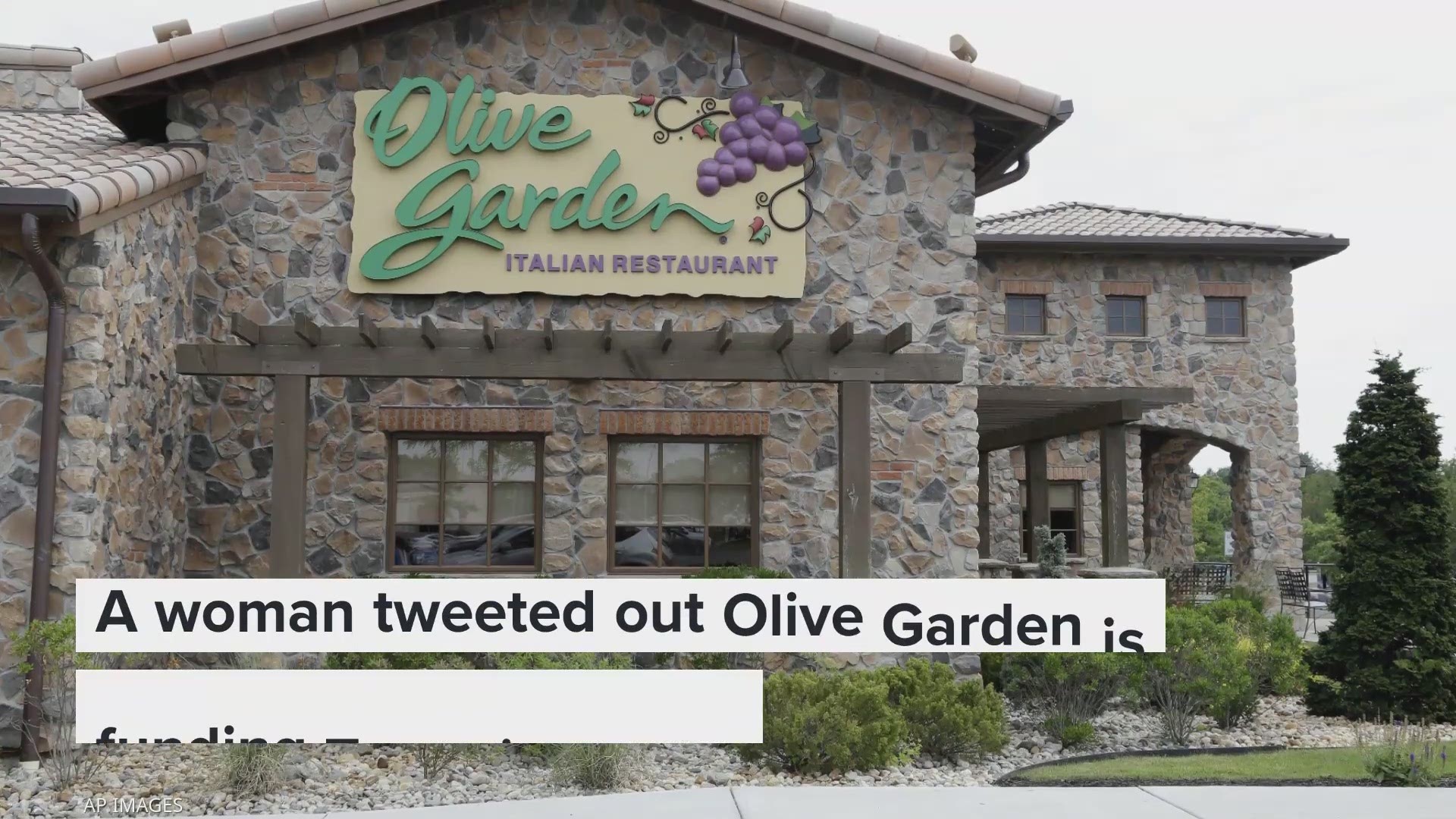 Tensions on Twitter reached a boiling point over the politics of Olive Garden and calls for a boycott.

A woman tweeted out "Olive Garden is funding Trump's re-election in 2020. It would be terrible if you shared this and Olive Garden lost business."

The claim was re-tweeted more than 50,000 times, and has since been deleted.

The brunch and breadsticks company responded directly, denying the claim.

Neither Olive Garden nor Darden Restaurant contributed as a company, though, rather a handful of their employees did. Under Federal Election Commission rules, anyone who makes a political contribution greater than $200 must list their place of employment.

It's worth noting that a handful of employees equally donated to democratic presidential and congressional nominees: Darden Restaurants employees contributed $8,407 to the Clinton campaign in 2016, about 10 times more than they contributed to Trump.

Credit: OpenSecrets.org
A note at the bottom of OpenSecrets.org points out that employees donated to the political candidates, not the company itself.

Rich Jeffers, the spokesperson for Darden Restaurants, also confirmed the restaurant group does not have a political action committee (PAC).

So, we can Verify, no, neither Olive Garden nor their parent company Darden Restaurants contributed to the Trump campaign as a company, though employees did on their own. And that viral tweet -- has since been deleted.

By 5:30 p.m. on Aug. 26 , it appeared the original poster had deleted their account or changed their username.

This story has been updated to reflect the original poster appeared to have deleted their account.