People in Saline County are going to extremes -- one man even belly-flopping into the pothole -- to raise awareness about how bad it needs to be fixed. 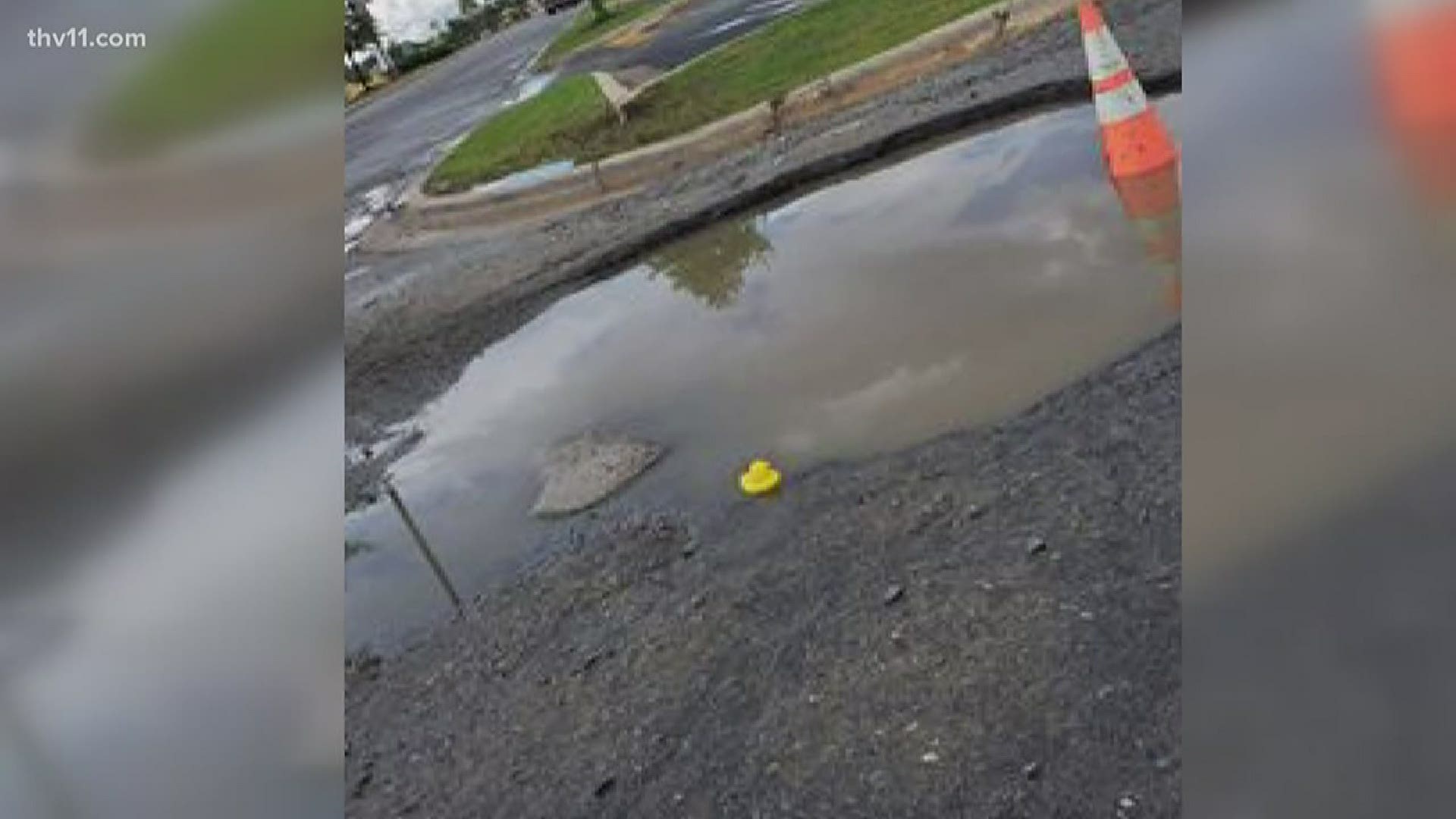 BENTON, Ark. — People in Saline County are going to extremes to raise awareness about a pothole in Benton that’s gained a lot of attention.

"I've seen rubber duckies in it, cones sideways, all the way under the water,” said Trey Jones, Bryant man.

Some like to call the massive pothole that is in the Alcoa Crossings Shopping Center the new tourist attraction in Saline County.

Jones was seen on a My Saline Facebook live video, belly-flopping into the pothole.

"You know, I decided to do it just for fun. Someone bet me $20, but I didn’t end up taking the money,” said Jones.

Others shared photos after spotting a rubber duck taking a splash into it.

But some drivers impacted by the hole don't find it very funny.

"I hit it,” said Rebecca Taber. “Not being able to see it, it's very deep. I mean almost my entire tire went down in it. It did scrape the bottom of my car.”

Drivers in the area said the pothole has been there for a while. It sits right across from PetCo and behind Chili’s.

It keeps getting bigger and deeper and becoming more of a concern for drivers.

"Benton should take care of it or whoever owns the property in general,” said Taber.

According to Benton Community Development Director Brad Jordan, the pothole is on private property owned by Hall Equities Group. So, fixing it is out of the city's hands.

THV11 has reached out to representatives for the company who owns the development, Colliers International, for comment and has not gotten a response back.

"I'm glad to see there's a cone there now, at least, because there wasn't one there the night I hit it,” said Taber.

While drivers wait for answers, they'll continue to make light of the situation, hoping to bring awareness to it.

RELATED: Benton senior wins $25,000 after throwing his own 'safe' prom