A Northeast Police officer was patrolling the Cross Roads Walmart Saturday night when the officer heard a "loud scream" across the parking lot.
Author: Jake Harris
Published: 4:53 PM CDT May 26, 2019
Updated: 11:39 AM CDT May 27, 2019

CROSS ROADS, Texas — The general saying to follow when figuring out if a snake is poisonous is: Red on yellow, kill a fellow; red on black, friend of Jack. And apparently, if a snake's colors are yellow on black, it likes the prices that roll back.

A Northeast Police officer was patrolling the Cross Roads Walmart Saturday night when the officer heard a "loud scream" across the parking lot.

The officer quickly found the source of the scream: It was from a startled cart attendant who found a black and yellow rat snake inside a cart.

The police department posted photos of the snake to its Facebook page later that evening. 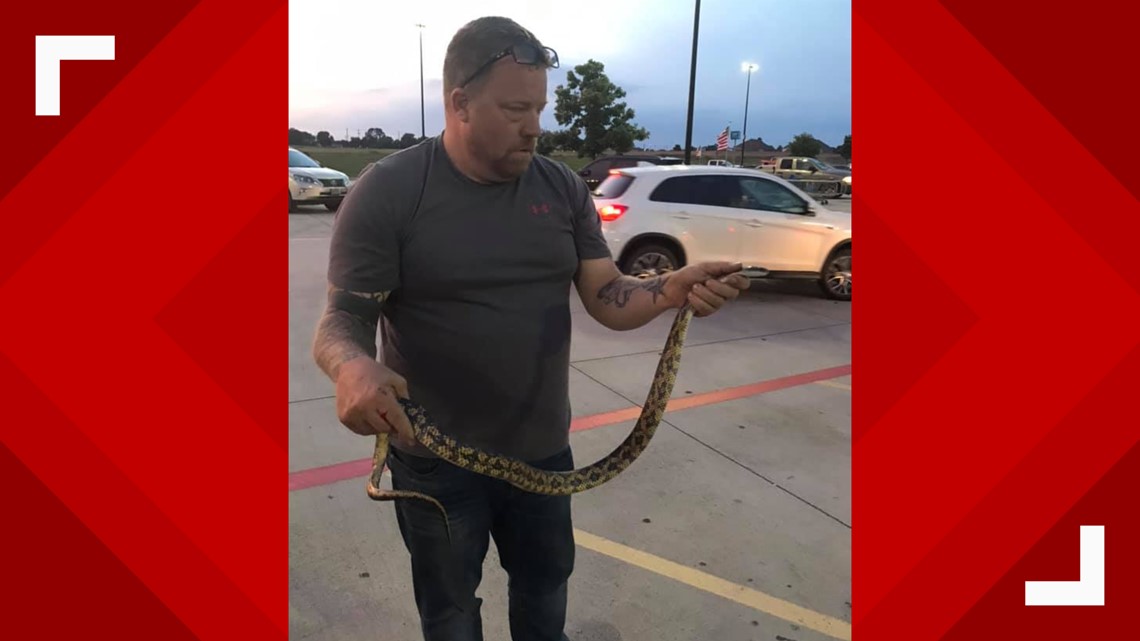 Police enlisted the help of John Heckaman, a "snake charmer," to relocate the snake. Heckaman was "only bit once in the process," police wrote on Facebook. Rat snakes are considered to be non-venomous.

Police said the reason the snake turned up in the Walmart parking lot was because of recent heavy rains that have forced wildlife out of its natural habitats, and advised residents to be on the lookout for more other snakes in the area.

RELATED: If you have snakes in your backyard, this Collin County group may be able to help you

RELATED: Dozens of rattlesnakes removed from under Texas home