Little Rock officer noticed a boy's bike was too small, so he bought him a new one

In the middle of last week, something happened to break the cycle of a rough few months for the Little Rock police. And it was broken by a man on a cycle. 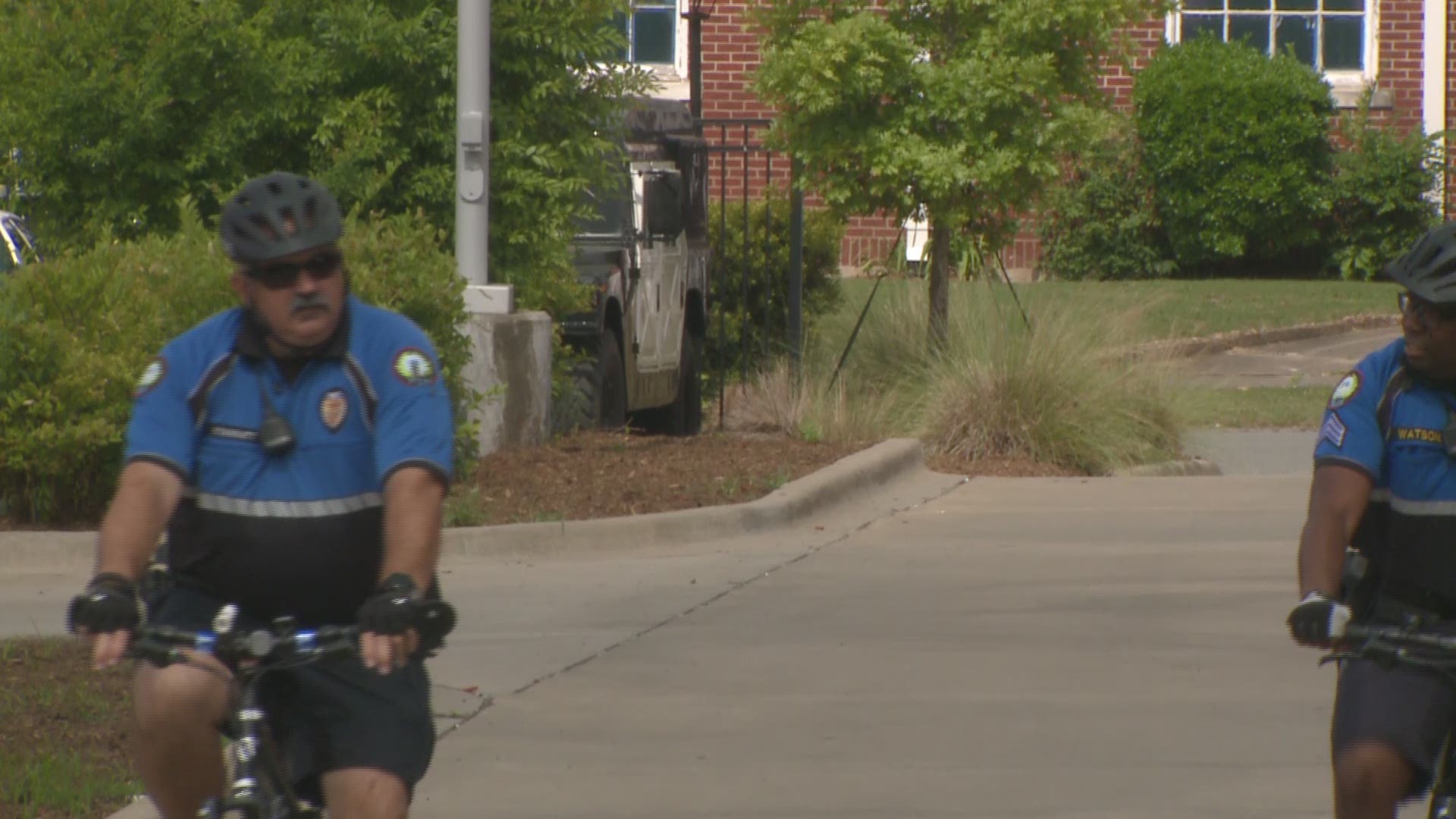 It has certainly been a tumultuous two months for the Little Rock Police department. But in the middle of last week, something happened to break the cycle. And it was broken by a man on a cycle.

The 12th street substation in the heart of the city for Bike Patrol Officers Watson and Starrett a normal workday until they came across a young man with a bike that didn't seem to match.

"This young man was hanging out here behind the substation on a bike that was obviously too small for him," Officer Starrett said.

Looking to build strong community relations, Officer Starrett heard the kid out. "He said that his sister had given him the bike to ride and that the tires were flat."

With 6 years of patrolling on a bike, a 24-year veteran on the police force, Officer Starrett knew what he should do.

"We aired up his tires and we noticed his kickstand was real loose and just spinning," Officer Starrett said.

The patrolman had the tools, the time, the temperament, and fixed it all for the kid. But then...

"While I was putting the tools away, the rear tire popped."

There were donated bikes from another program. He could've given the kid one of those, but they were also too small. Officer Starrett promised the kid they'd find a new tire for the bike.

At least the officer who travels quite a bit of ground daily had gone the extra mile for a kid. But, he still felt a nagging feeling that the young man needed something better.

"[The] simplest solution was just to go buy the kid a bike."

Officer Starrett drove to the Wal Mart in North Little Rock, and bought a bike that was the perfect size and style for the boy he'd just recently met.

Two days later when the kid returned to the 12th Street Station, he was given the brand new bike.

"He sat on the bike and he was really quiet and you could see in his face that he was happy. You know, it just felt really good."

Beneath his badge is a big heart— trait Officer Starratt knows he shares with the rest of the officers he works with every day.

"After 24 years of being in this department, it is within me what burns in the rest of us."

Unfortunately, THV11 wasn't able to get in touch with the boy's family for permission to release his identity of the young man, but the Little Rock Police Department posted a photo of him with his new bike and a new friend.