We know it's easy to tweet without thinking, but the next time you want to vent and tag a player, think about the 22-year-old kid that's on the receiving end of that tweet. 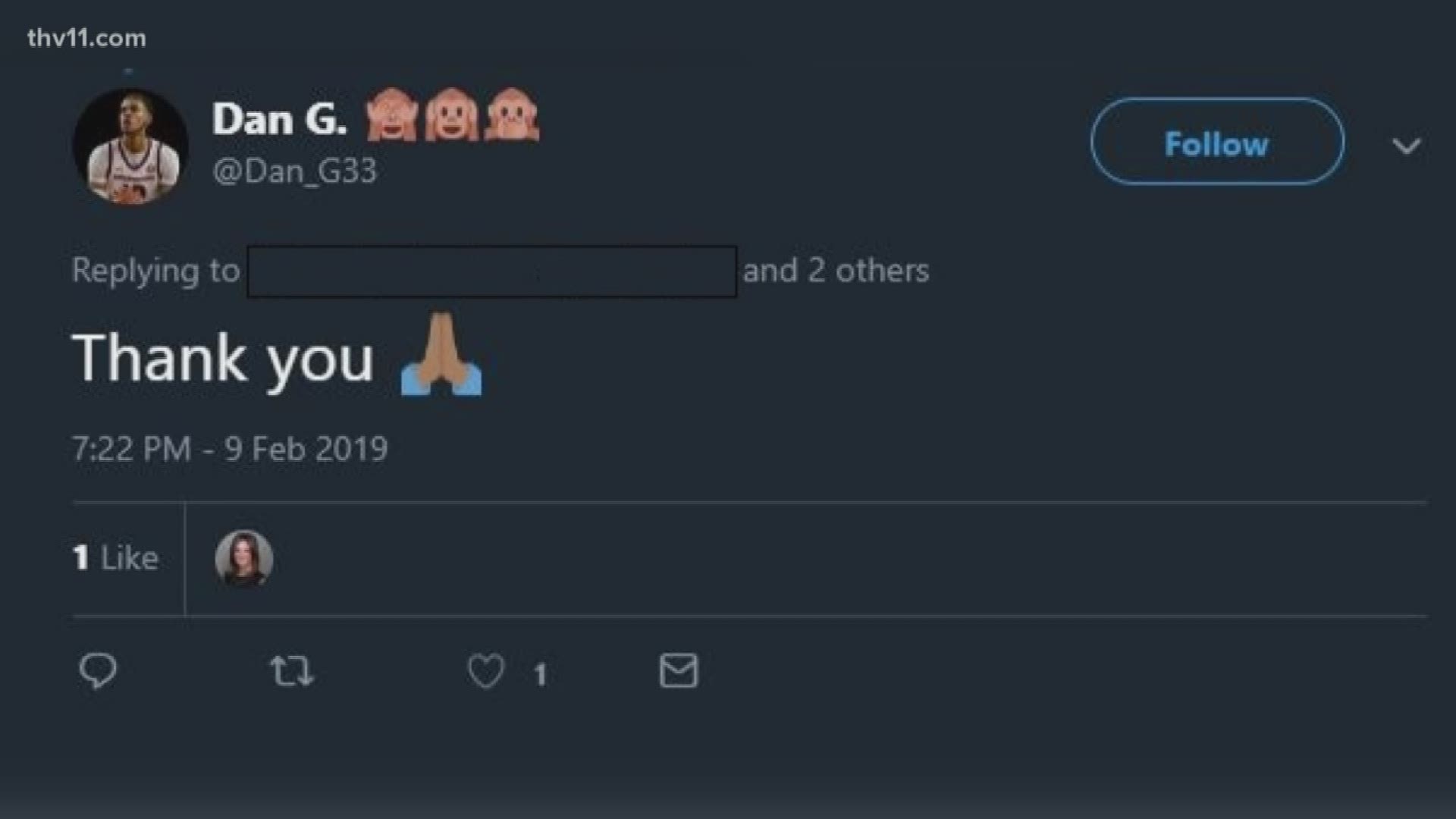 After Arkansas's loss to South Carolina on Saturday, things have popped off on social media, specifically Twitter.

Now, having discussions on how they played, and even critiquing them, is totally normal and fine. We get it -- it's our job.

It becomes frustrating, though, when constructive discussion turns into personal attacks -- going so far as to tag a player in a tweet so that they, and everyone else, know just how unhappy you are with them.

Several tweets like this were directed at Daniel Gafford after the game on Saturday.

Gafford saw at least one, if not all of those tweets, and simply responded: "Thank you."

Gafford has been under a lot of scrutiny this year -- it comes with being the star player that's supposed to carry your team.

some of the criticism of his play has been warranted. The rest, not so much.

It's not like Gafford doesn't know when he plays a bad game. Just like we know, so does he and so does Mike Anderson.

But this isn't just about Daniel Gafford. It applies to every athlete in any sport across the country. To be frustrated, to have discussions and even to be critical -- it's all part of being a fan.

But we need to know where the line is. When it gets personal, that's when we need to draw it back a little.

At the end of the day, they're just kids playing without a paycheck, playing a sport they love for a university they're proud to represent.

We know it's easy to tweet without thinking, but the next time you want to vent and tag a player, think about the 22-year-old kid that's on the receiving end of that tweet.