Despite hanging up his cleats in 2018, Crawford is still pursuing his passion for athletics through his new fitness brand, Super Fly Fitness 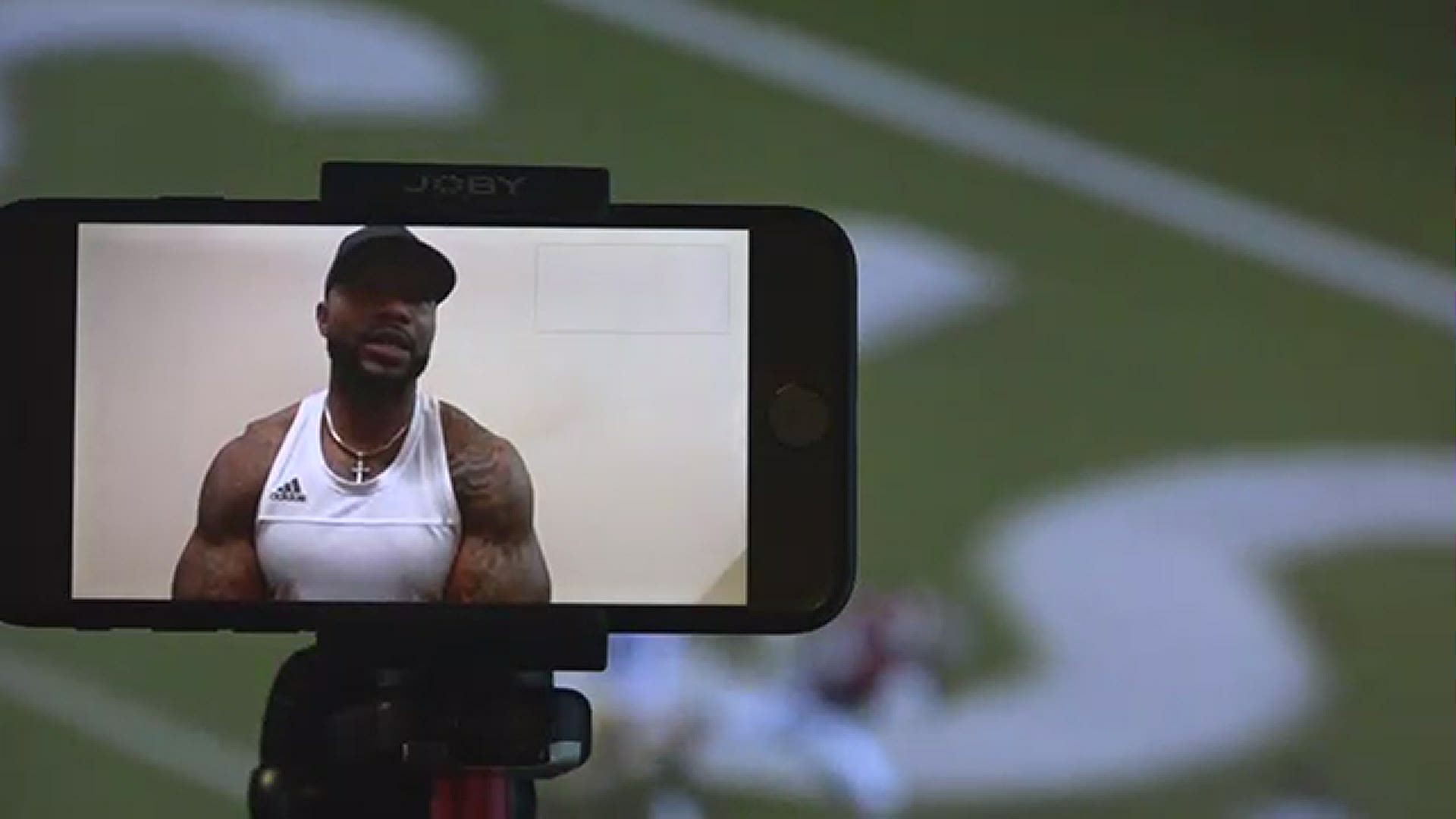 JACKSONVILLE, Fla. — There was a single play that etched London Crawford into the hearts of Arkansas fans. But surprisingly, the Miracle on Markham II that lifted the Razorbacks over rival LSU isn't Crawford's favorite memory as a Hog.

The Razorbacks might have lost that game in 2006, but it's a feeling that's stuck with Crawford for more than a decade.

Crawford hung up his cleats in 2018 after stints in the NFL, CFL, AFL and IAFL. But he's still pursuing his passion for athletics – he started his own fitness brand, Super Fly Fitness.

"As far as helping instill things in other people, building other people up, making people reach the goals that they want to reach within their body goals or their mindset," Crawford said when asked what motivated him to create his company, "because at the end of the day, when it comes it fitness for me, it's about building the mind first and then building the body because the body follows the mind."

Although he offers personal training and professional meal prep services, Crawford is much more than just a trainer. He considers himself a life coach.

"I want to help change a life, not just your body," he said. "I want to change your mind, your thought process, the way that you visualize things. The effort that you put into your body and the way that you eat, I also want you to put that into your life events, when you go to work. Or anything that you're doing outside of fitness, I want it to pertain to everything you're doing with your mind as well as your body."

There's no question that getting a company off the ground is hard work. But hard work is something that Crawford grew accustomed to over the decades he dedicated to football.

"You just got to have that want to," said Crawford. "And football, dealing with so many different coaches and so many different players and different attitudes and chemistry and camaraderie, it's so much that goes along with being an athlete over the years that's instilled in a lot of us. So you know, the dedication and the focus level of playing sports actually help build within the brand that you're actually starting."