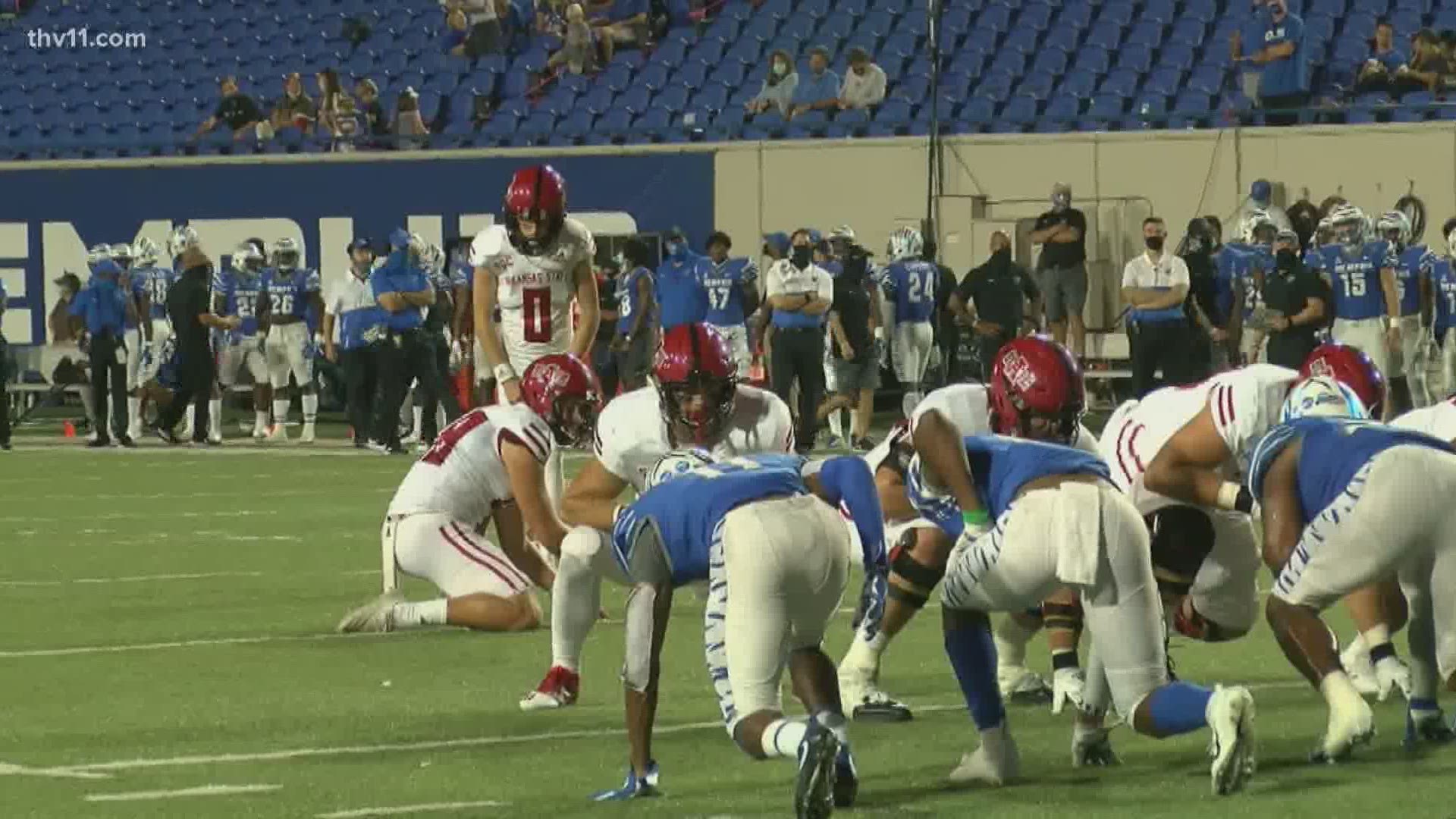 Grupe earned the recognition for the third time of his career after connecting on his only field goal try and converting all three of his extra point attempts to finish the Red Wolves’ season opener at Memphis with six points.

The Sedalia, Mo., native was successful on a 28-yard field goal attempt, helping run his career points total to 193. In the process, Grupe took over ninth place at Arkansas State for career points scored. He has also now made 50 consecutive extra points, the third longest streak ever by an A-State player.

Grupe will enter A-State’s game this Saturday at Kansas State with 34 career field goals made, leaving him only one shy of tying Doug Dobbs (1976-79) for the fifth most in school history. He also needs just two points to tie Jeff Caldwell (1993-96) for the fourth most career points by kicking.

A-State’s game at Kansas State is slated for a 2:30 p.m. kickoff and will be televised on FS1. Every Red Wolves football game can also be heard live on the EAB Red Wolves Sports Network, including flagship station 107.9 FM in the Northeast Arkansas area.