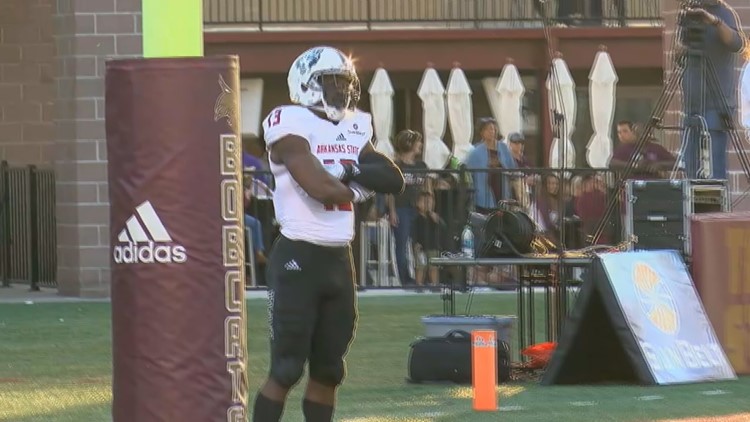 Merritt is one of 80 players from across the nation to earn a spot on the watch list for prestigious award, issued to America’s College Player of the Year since 1937.  He becomes the third player in Arkansas State history to be named to the Maxwell Award Watch List, joining quarterbacks Justice Hansen (2018) and Fredi Knighten (2015).

The Destrehan, La., native put together one of the best seasons ever by an A-State wide receiver last year, recording 83 receptions for 1,005 yards that were both the third most in school history.  He averaged 6.4 receptions per game to rank 20th in the nation, while his total receiving yards ranked 35th.

Merritt completed the year with five receiving touchdowns while also hitting the 100-yard mark in three outings, including a season-high 180 yards against Coastal Carolina that were the ninth most in Arkansas State history for a single game.

The Maxwell Award is a member of the National College Football Awards Association (NCFAA), which encompasses the most prestigious awards in college football.  Founded in 1997, the NCFAA and its 25 awards now boast over 800 recipients, dating to 1935.

Season tickets for A-State’s 2019 campaign are currently on sale through the A-State Ticket Office, located at First National Bank Arena’s lower red entrance.  They are available by calling 870-972-2781, by visiting the ticket office in person or going online to AStateRedWolves.com.