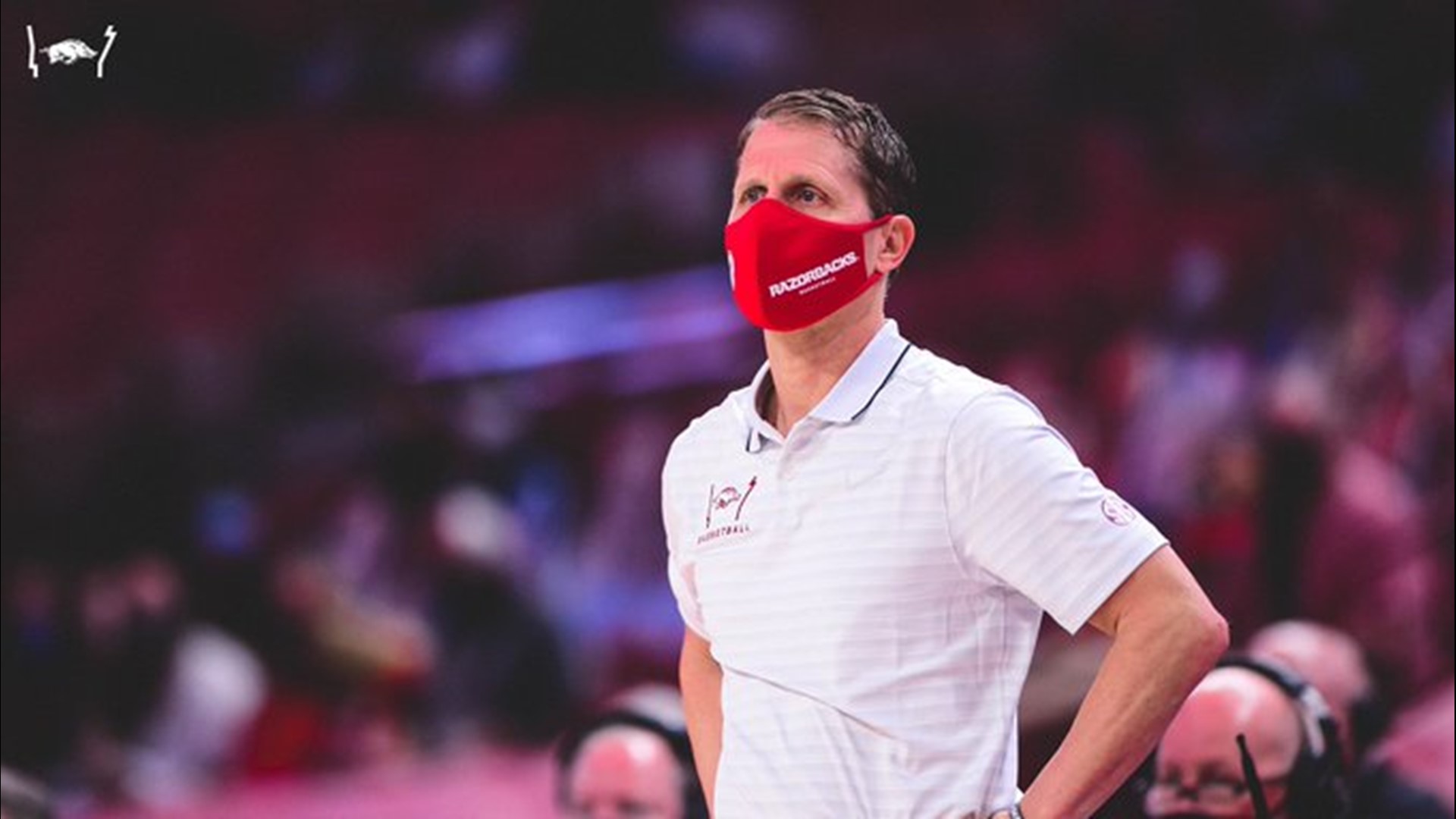 Arkansas plays the first of back-to-back road games this week with a trip to LSU Wednesday (Jan. 13). The game is set to begin at 6:00 pm (CT) and will be televised on ESPN2.

All about the TEAM. pic.twitter.com/fweXRwJf2h

• With games at LSU and Alabama this week, Arkansas opens SEC play with four of its first six on the road. Add a game at Oklahoma State (SEC/Big 12 Challenge), the Hogs are in the midst of playing six of 10 games on the road.