Arkansas Head Coach Chad Morris has yet to win an SEC game in his two seasons and ticket sales are slowing with him at the helm.

FAYETTEVILLE, Ark. — Kylin Hill ran for a career-high 234 yards and three touchdowns as Mississippi State racked up a season-high 640 yards of total offense, including 460 on the ground, in a 54-24 demolition of Arkansas.

The win snapped a four-game losing streak and kept alive the Bulldogs' (4-5, 2-4) chances at a .500 season and a bowl game. It also ensured they wouldn't finish last in the SEC West as Arkansas, winless in the SEC in coach Chad Morris' two seasons, was never truly in the game. 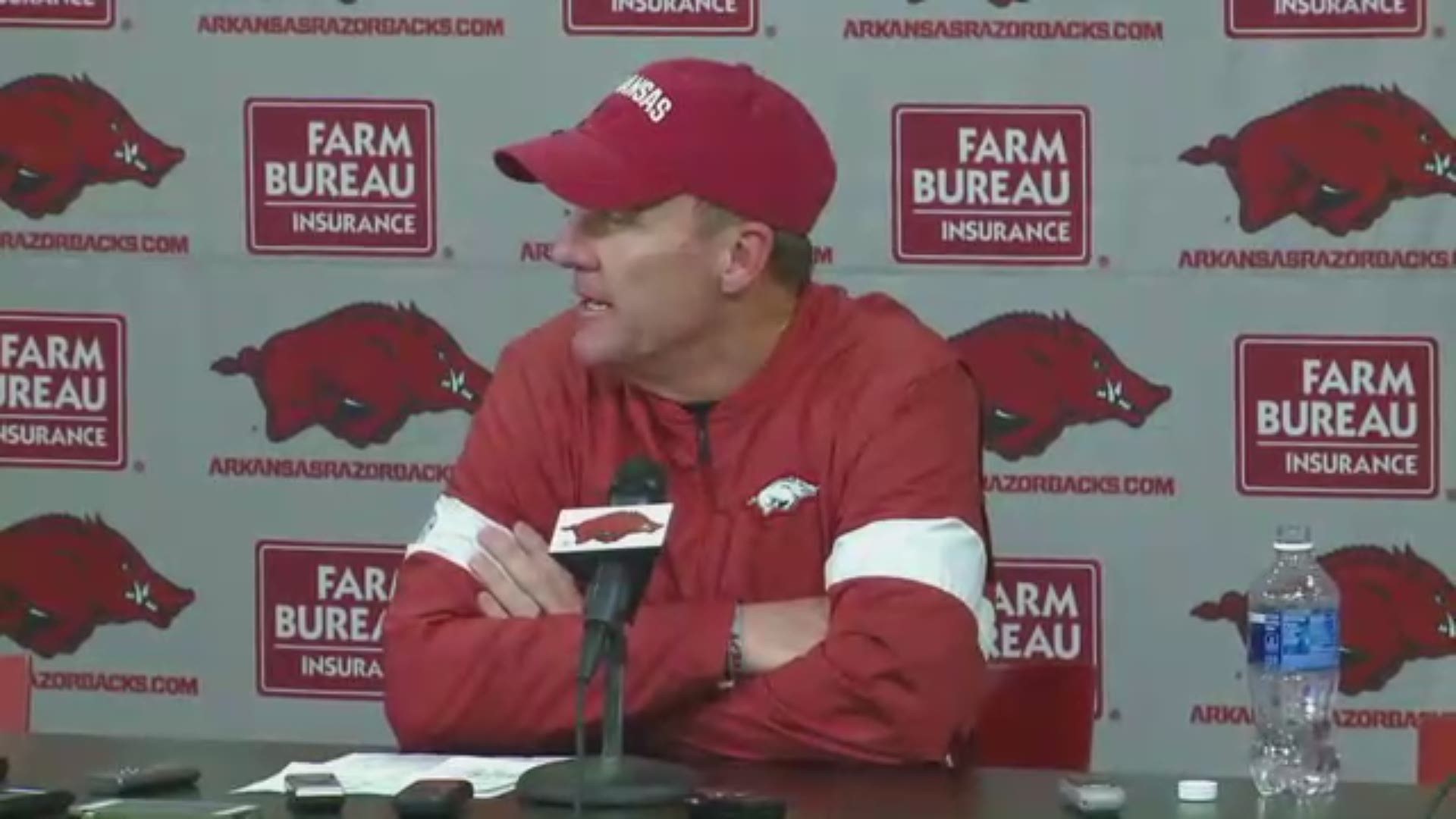 All three of Hill's scores came in the first half as the Bulldogs took a commanding 38-10 lead into intermission.

Arkansas quarterback Ben Hicks was ineffective and ultimately pulled. He didn't complete his first pass until the second quarter and, after an interception returned for a touchdown, he was replaced by third-string quarterback John Stephen Jones. The Razorbacks (2-7, 0-6) had just 141 yards of total offense in the first half, 52 of which came on a touchdown run by Rakeem Boyd that cut Arkansas' deficit to 10, 17-7. 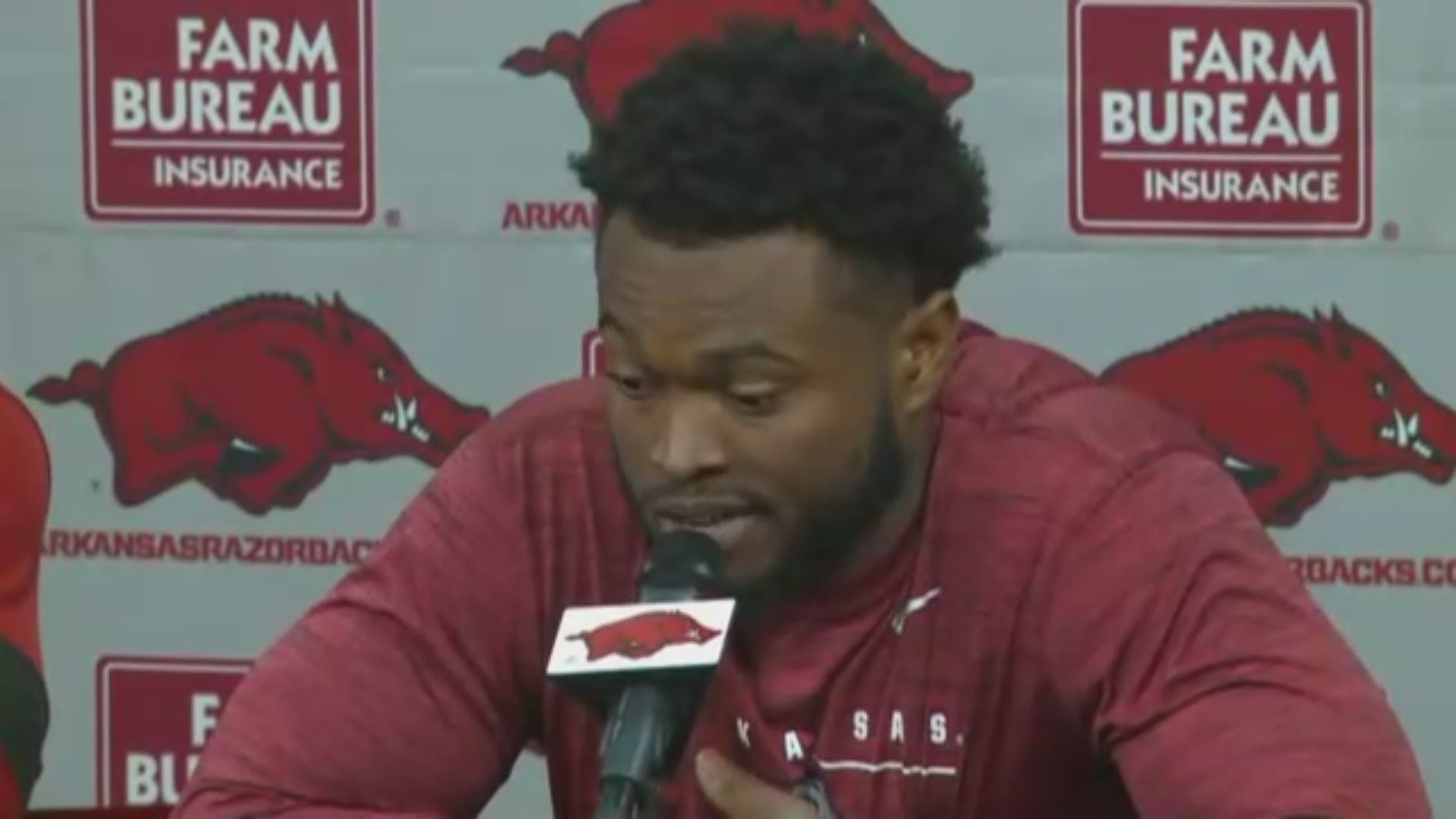 A six-play, 66-yard drive to start the second half sealed things. Tommy Stevens, making his first start in three weeks, capped the series with a touchdown pass, his second of the game, to Farrod Green. Stevens finished 12 of 18 passing for 172 yards to go with his two scores. He added another 74 yards on the ground.

With the outcome decided, Morris made another quarterback change, one that excited the few thousand who stayed. Four-star recruit, freshman quarterback K.J. Jefferson made his first appearance of the season on the first drive of the fourth quarter.

The projected heir apparent at the position ran for 21 yards on his first play from scrimmage, threw a 32-yard strike to Treylon Burks on his next play and capped the four-play drive with a 5-yard rushing touchdown.

Mississippi State: Coach Joe Moorhead may have staved off the hot seat talk for a week, anyway. Another win is likely next week as Mississippi State plays Abilene Christian from the FCS. That would leave just one win required in its final two, including the Egg Bowl against Ole Miss, to make the Bulldogs .500 and bowl bound.

Arkansas: Morris' name only gets bandied about with further speculation. He has yet to win an SEC game in his two seasons and ticket sales are slowing with him at the helm.

Mississippi State: The Bulldogs get a breather from SEC play next week when they host Abilene Christian, an FCS opponent.