The Razorbacks were only able to muster four hits against Nebraska, who pounded out 10 hits and five runs against the Hogs 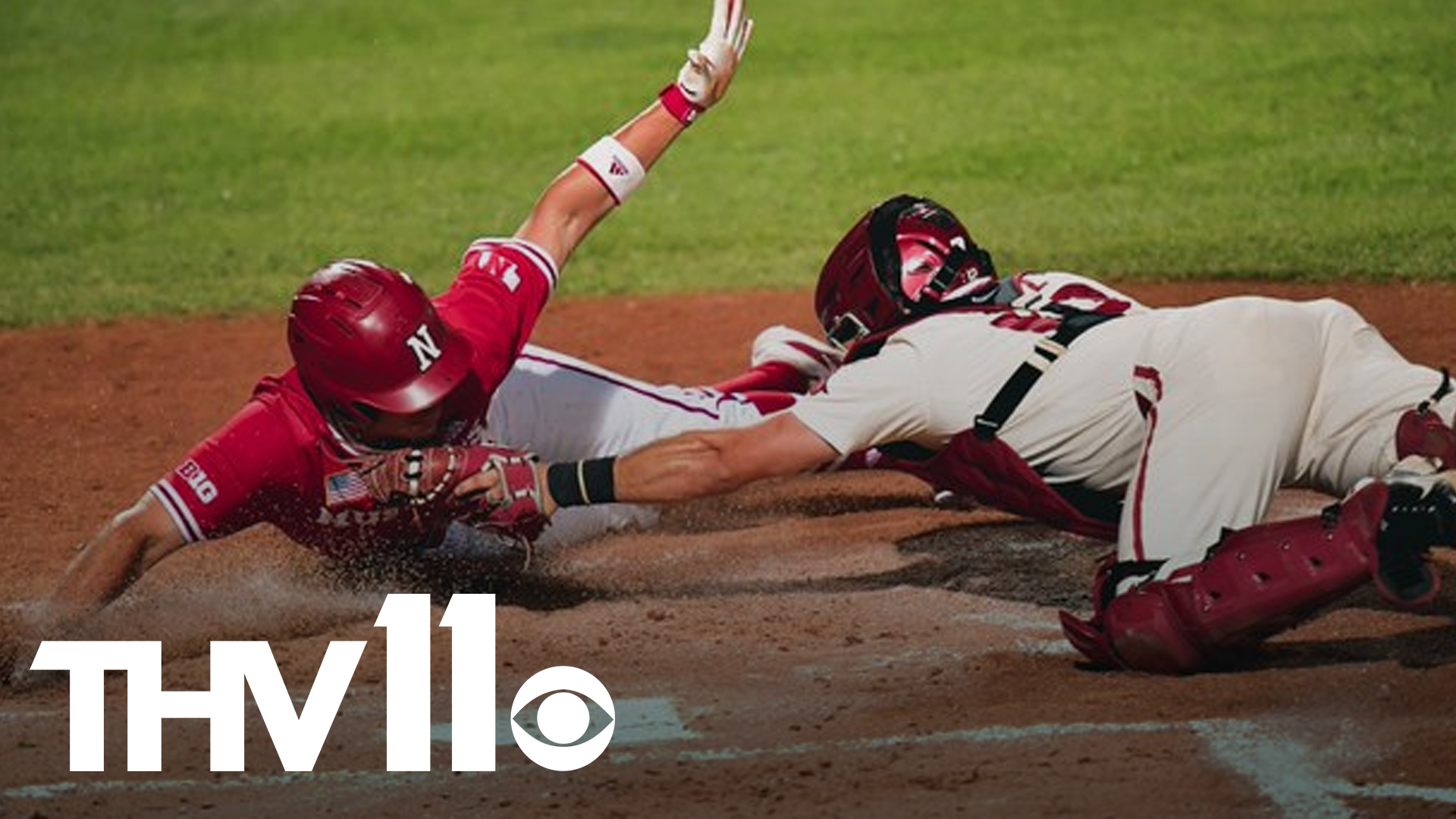 The Nebraska Cornhuskers came into Baum-Walker Stadium and forced a winner take all game seven Monday night, with a 5-3 win on Sunday.

The Huskers got the Arkansas starter Lael Lockhart early and often, scoring a run in the bottom of the first off a solo home run by Jaxon Hallmark.

The Razorbacks scored all three of their runs in the top of the third.

After a walk by Jalen Battles and a single by Matt Goodheart, Cayden Wallace ripped an RBI single into shallow left to score Battles, and with both Goodheart and Wallace advancing on an errant throw.

In a wild play later in the inning, both Goodheart and Wallace would score on a wild pitch.

But the Hogs couldn't hold the lead for long.

After three straight singles made it 3-2, Ryan Costieu was called on in relief of Lockhart. Costieu struck out Luke Roskam but gave up a two-out, two-RBI single to Griffin Everitt as Nebraska pulled back in front.

Arkansas had a chance in the top of the ninth. After Christian Franklin worked a leadoff walk, he advanced to second on a groundout by Robert Moore, and then to third on a wild pitch. Cullen Smith then took four pitches to put runners on the corners with one out.

But Casey Opitz struck out swinging before Battles popped up to end the game.

Spencer Schwellenbach was the hero of the night for Nebraska. After Kyle Perry went four and a third, Schwellenbach came in and threw four and two thirds of scoreless baseball for the win.