Arkansas fined by SEC for storming field after beating Texas

The University of Arkansas will be fined after fans stormed the field in a 40-21 win over Texas on Saturday. 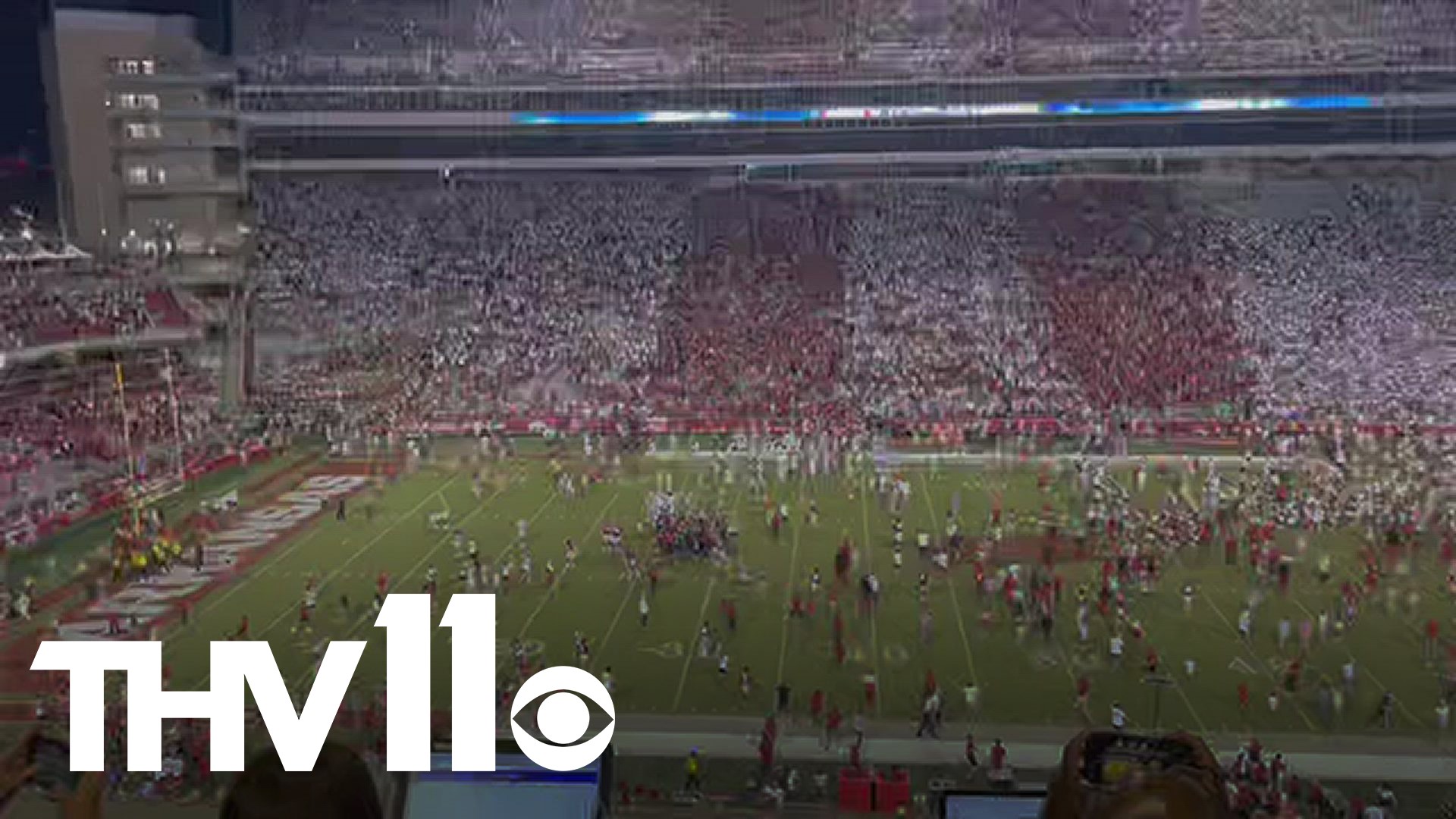 According to the Southeastern Conference (SEC), the University of Arkansas will be fined for a violation of the league's access to competition area policy, due to fans entering the field following its football game against the University of Texas on September 11.

Arkansas will incur a fine of $100,000 for a second offense under the league's access to competition area policy.

Arkansas was last fined for a violation following its football game against LSU in 2014.

The SEC says fines levied against schools for violation of the access to competition area policy are deposited into the SEC Post-Graduate Scholarship Fund.

The policy states: "Access to competition areas shall be limited to participating student-athletes, coaches, officials, support personnel and properly-credentialed individuals at all times. For the safety of participants and spectators alike, at no time before, during or after a contest shall spectators be permitted to enter the competition area. It is the responsibility of each member institution to implement procedures to ensure compliance with this policy."