Arkansas Improves to 10-0 with Shutout Win

No. 1 Arkansas completed the series sweep against Murray State on Sunday afternoon at Baum-Walker Stadium, shutting out the Racers, 6-0. 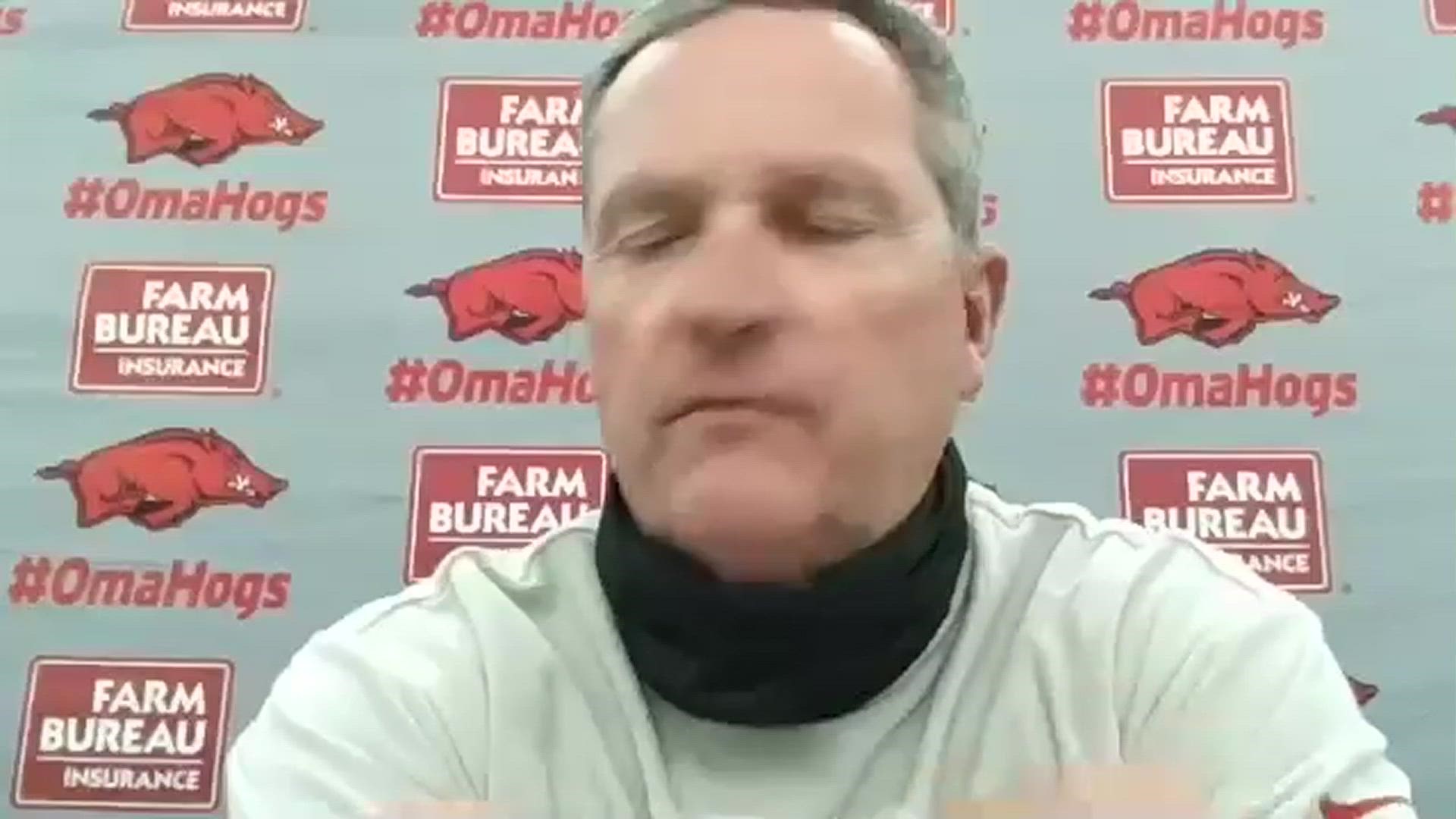 No. 1 Arkansas completed the series sweep against Murray State on Sunday afternoon at Baum-Walker Stadium, shutting out the Racers, 6-0, to continue a perfect start to the 2021 campaign. The Razorbacks are undefeated through their first 10 games of the season for the second time in the Dave Van Horn era (2003) and for only the third time in program history (1996).

The Hogs have won 14 straight games dating back to the final four contests of the pandemic-shortened 2020 season. Arkansas won a program-record 18 games in a row to begin the 1996 campaign.

Starter Lael Lockhart set the tone early for the Hogs. The lefty struck out two in the top of the first and never looked back, finishing his day with six strikeouts in five scoreless innings of work.

The graduate transfer from Houston allowed five hits and walked only one in the outing. He now owns a 2.77 ERA in 13 innings this season and has racked up 19 strikeouts along the way.

Lockhart's dominance on the mound was backed by the Razorback bats from the get-go. Right fielder Brady Slavens drove in a run on his sacrifice fly to right in the bottom of the first, giving Arkansas an early lead.

One run was ultimately all the Hogs needed, but there were plenty more to come.

Third baseman Jacob Nesbit returned to the starting lineup and made his presence felt immediately. The Coppell, Texas, native launched a three-run homer to left in the fourth to put the Razorbacks ahead by four.

Two more runs came across in the bottom of the fifth on sac flies from first baseman Cullen Smith and shortstop Jalen Battles. Lockhart's day was done after five as the bullpen took over the game with a 6-0 lead.

It was pure filth from Ryan Costeiu, Evan Gray, Kevin Kopps and Zack Morris, who combined to close out the final four innings of the game. Together, the foursome silenced Murray State and allowed only one hit while striking out five.

Offensively, second baseman Robert Moore continued to rake. The preseason All-American notched his fifth multi-hit game of the season and is now slashing .375/.458/.625 on the year.

Arkansas hits the road next weekend, heading to Ruston, La., for three games against Louisiana Tech. Game one of the series gets started at 6 p.m. Friday, March 12.