Coach Ed has been leading the Sunset Tigers for 5 decades! On Saturday, players past and present honored the long-time coach. 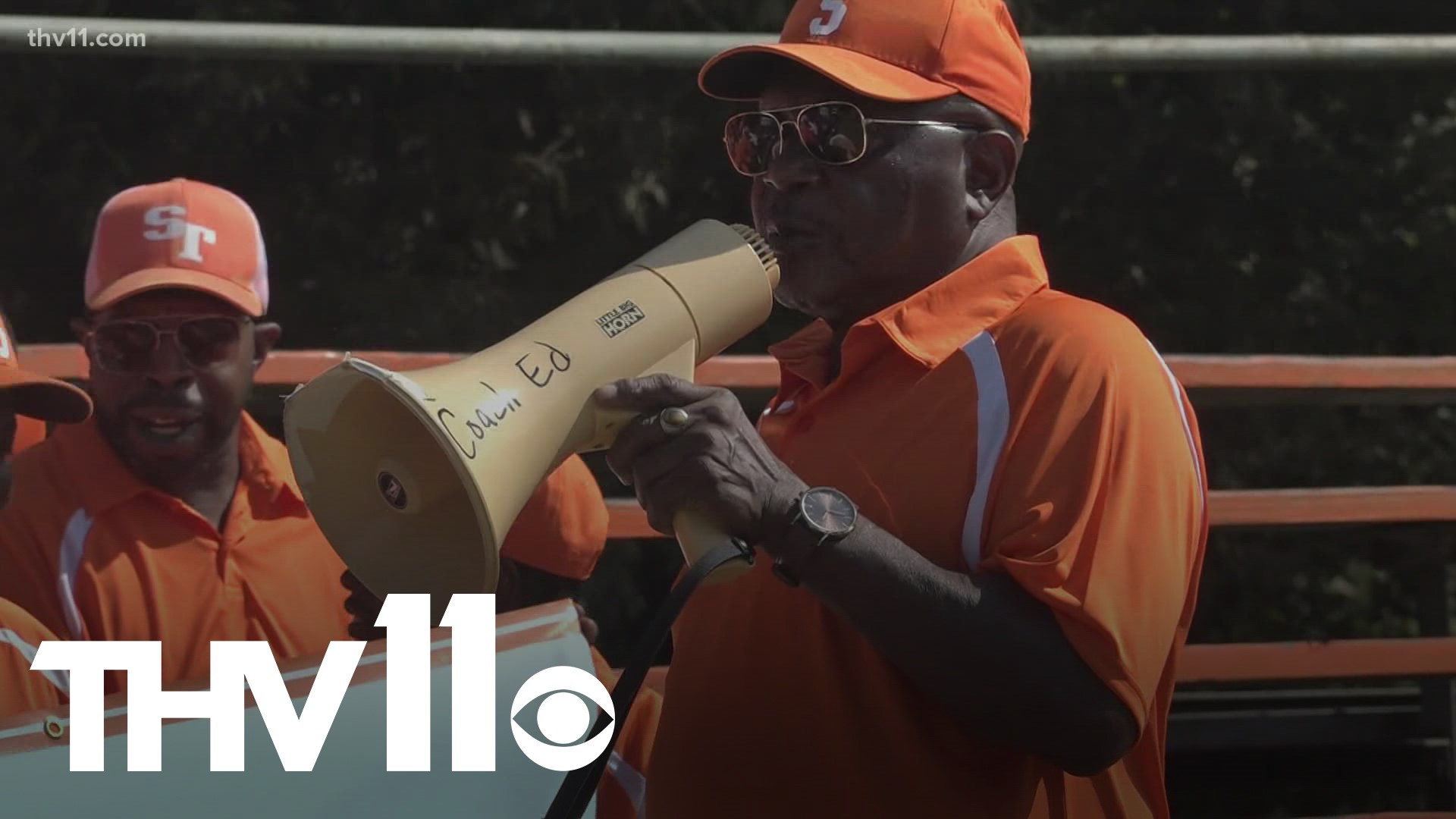 LITTLE ROCK, Arkansas — Fifty years! That is how long one man has coached the same Little Rock youth football team.

On Saturday, players both past and present went to Southside Park in Little Rock to show their gratitude for Coach Ed Johnson as he took to the field again to lead the Sunset Tigers.

Johnson said when he got back from Vietnam, he only planned on coaching the team for one year.

That one year turned into five decades. Johnson realized while crime and chaos continued outside the neighborhood, his work was making a huge difference inside his community.

He said he spends more time at the park than he does at home, making sure the field lines are upkept and the players are ready for the games.

He mentors kids like Benjamin Orsborn, this year's team captain.

"He taught me that I can be a leader and I can do anything if I put the work in," said Orsborn.

That sentiment is something Johnson makes sure every player understands. Winning isn't the end game.

"All I want that kid do to is just excel in life. You may never be a football player. I don't even worry about whether you play football when you leave here," he said. "I'm going to teach you the basics and it's up to you where you want to go after that."