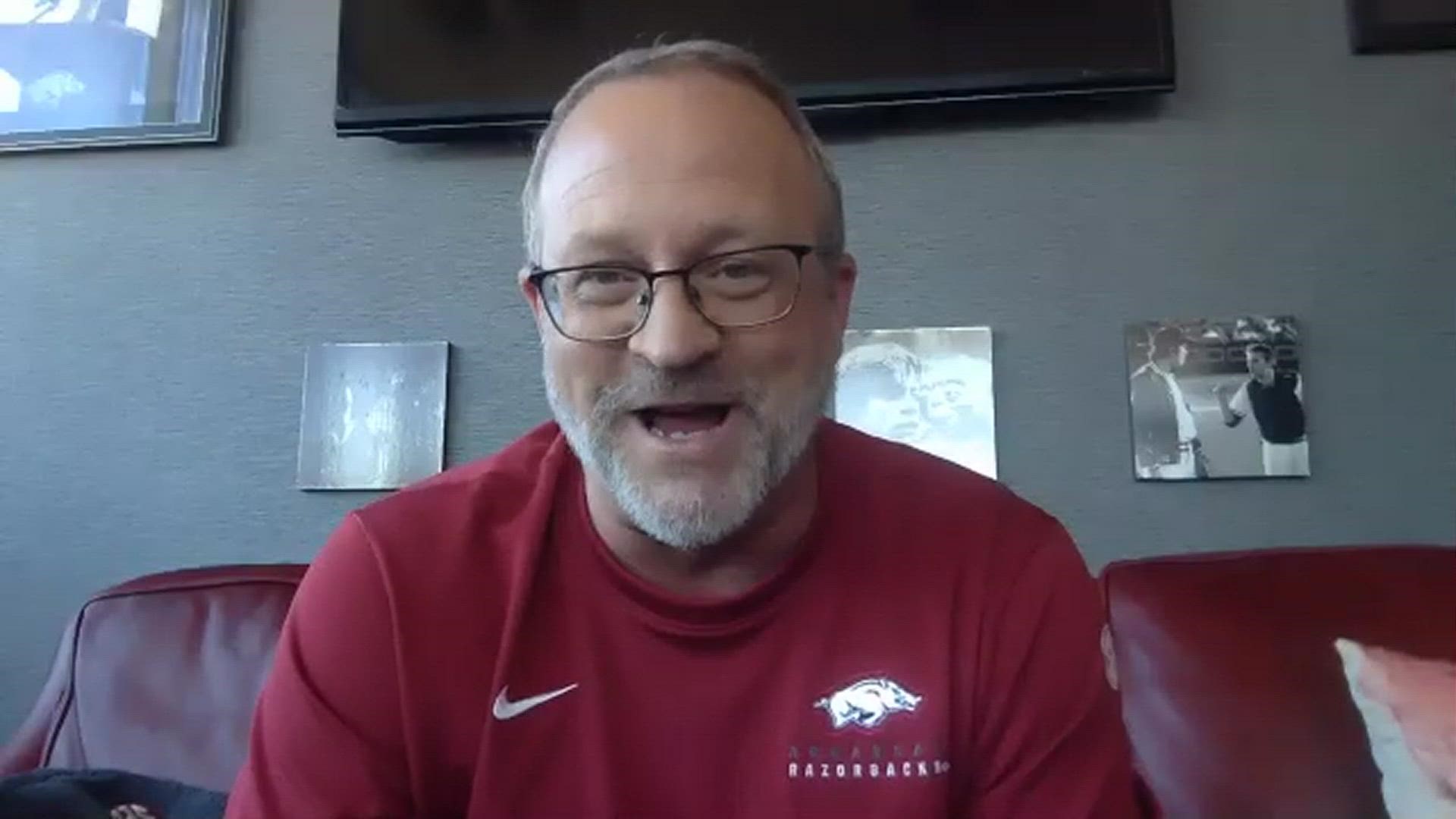 FAYETTEVILLE, Ark. — Arkansas Women’s Basketball was picked to finish fourth in the 2021 SEC Preseason Coaches Poll, the Southeastern Conference announced today. That mark for Head Coach Mike Neighbors’ Hogs is the highest projected finish ever for the Razorbacks. Two Hogs were also picked on the preseason All-SEC teams: Chelsea Dungee, who makes her second consecutive appearance on the league’s Preseason First Team, and Destiny Slocum, who was named to the Second Team.

The full Coaches Poll is as follows:

Arkansas will return four of its five starters from last season: Dungee, senior forward Taylah Thomas, redshirt senior guard Amber Ramirez and sophomore guard Makayla Daniels. The Hogs will also be bolstered by the addition of Slocum, the highly touted transfer from Oregon State, and redshirt senior guard Jailyn Mason, who missed all of last season with an injury. Neighbors also returns other quality depth, including sophomores Erynn Barnum and Marquesha Davis.

Dungee, who is coming off a second consecutive Second-Team All-SEC appearance last season, will lead the Razorbacks into the 2020-21 season. Dungee led the team in scoring (16.9 PPG), field goals made (171) and free throws made (146) during her encore season on the Hill. Dungee is closing in on several statistical milestones at Arkansas, including Arkansas’ all-time scoring title and all-time free throws made record. Dungee needs just 530 points to break Bettye Fiscus’ program-record 2,073 points, and she has scored at least 540 points in each of her previous two seasons on the Hill. She needs to make only 51 free throws to break Fiscus’ record in that category, and has made over 145 in each of her first two Arkansas campaigns.

Slocum, meanwhile, makes the SEC’s Second Team despite not playing a single minute for an SEC school during her career. Slocum was uber effective from the point guard spot during her two years at Oregon State, though, as she averaged 15.2 points per game, 4.6 assists per game and 3.2 rebounds per game, while shooting at a 45.2 percent clip from the field and 36.8 percent from deep. Slocum’s stats were anything but hollow, though, as she helped lead Oregon State to a combined 49-17 record during her time there, including a run to the Sweet 16 during the 2018-19 season. Oregon State finished the 2019-20 season at 23-9 and ranked 14th in the AP Poll.