The Razorbacks score 21 runs on 17 hits, including 10 that went for extra bases, to put themselves one win away from a return trip to Omaha 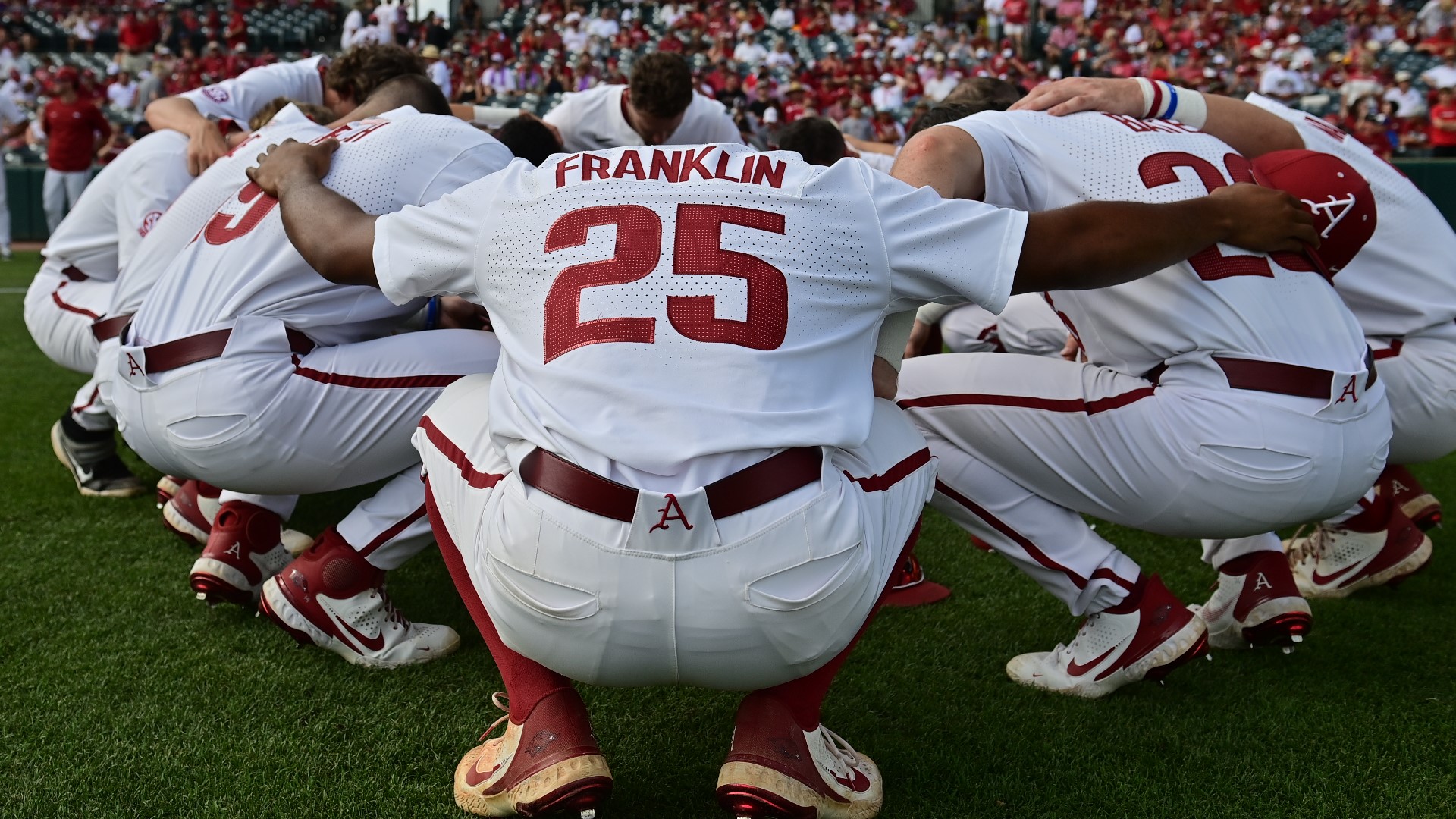 FAYETTEVILLE, Arkansas — Dave Van Horn had said that he hoped Charlie Welch's three-run home run in the bottom of the eighth inning against Nebraska Monday would spark the Razorbacks' bats this weekend against North Carolina State.

Boy, did it ever.

Arkansas pounded out 17 hits en route to 21 runs as they topped the Wolfpack, 21-2, in game one of the Super Regionals.

The Diamond Hogs now stand just one win away from making their third consecutive trip to Omaha.

NC State got on the board first in the top of the second when leadoff batter Jose Torres hit the first pitch he saw over the left field fence and into the seats. Patrick Wicklander, who got the start, then walked back-to-back batters, which prompted a mound visit from pitching coach Matt Hobbs. But Wick settled in from there, following up a sacrifice by inducing a fly out and ground out to work out of an early jam.

The Arkansas offense would go to work from there. After a one-out double by Welch, Robert Moore delivered the big hit that he's known for, with a two-run home run to right center field. Casey Opitz followed that up with a single to center before Jalen Battles roped a double into the left field corner as the Hogs got three in the inning.

Man of the People pic.twitter.com/qWAwS9uAzb

The Razorbacks would blow it open in the fourth when Cullen Smith smashed a grand slam over the fence just in front of the scoreboard in right center. That made it 7-1 in favor of the nation's top team and that is all the run support Wicklander would need.

The lefty went six innings, scattering six hits, giving up an earned run, while walking two and striking out six.

Welch would add a two-run opposite home run in the bottom of the fifth as part of another three-run inning before the Diamond Hogs tacked on six in the sixth. Brady Slavens, who has struggled since returning from the ankle injury he suffered against Georgia in the SEC Tournament, picked up his first hit since Hoover, a two-RBI double in the sixth inning.

With a double-digit cushion, Kevin Kopps got the night off. Van Horn called on Kole Ramage to shut things down.

Arkansas and NC State will play in game two of the series Saturday afternoon at Baum-Walker Stadium.

First pitch is at 2 p.m. CT, and the game will be televised on ESPN2.