After falling behind in the top of the third, Cayden Wallace tied it with a solo home run in the 8th, but Jose Torres homered in the top of 9th to make it 3-2 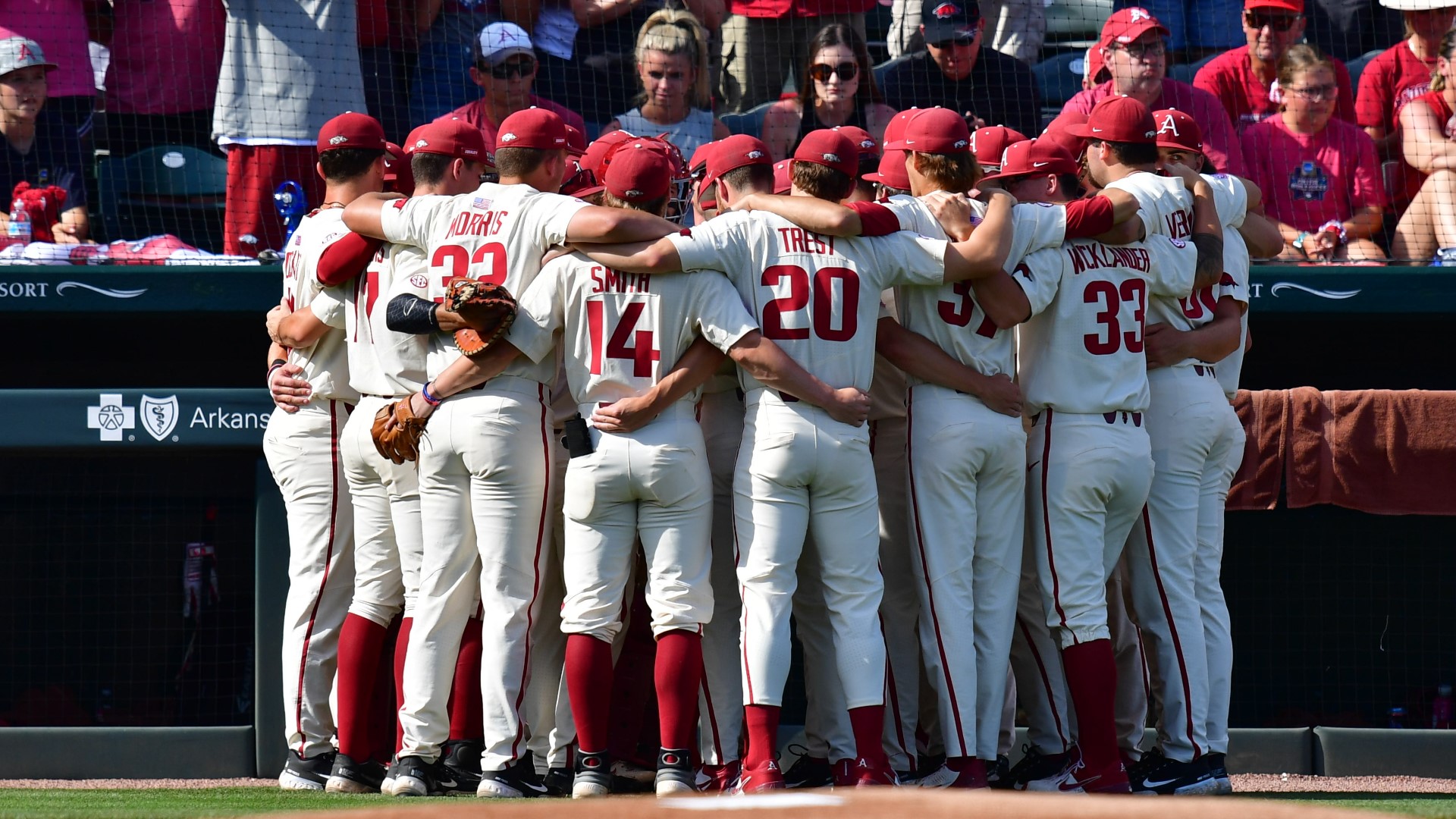 FAYETTEVILLE, Arkansas — Arkansas put the ball in the hands of their best pitcher, but even Kevin Kopps was not enough to send the Razorbacks to Omaha for the third straight time.

Kopps, in his only start of the season, threw eight innings and a career-high 118 pitches. He scattered seven hits, giving up three runs and striking out nine.

The Diamond Hogs had their opportunities, but stranded seven runners as they were eliminated by North Carolina State 3-2 on Sunday afternoon.

Arkansas took the lead in the bottom of the second when Charlie Welch, the hero of Monday's do-or-die win over Nebraska, sent a two-out double down the right field line to score Christian Franklin, who reached on an error to start the inning.

The Razorbacks would go on to load the bases before Matt Goodheart grounded out to second to end the threat.

But their lead was short lived.

After Austin Murr worked a one-out walk in the top of the third, Jonny Butler sent an 0-1 pitch over the center field fence to put the Wolfpack out in front.

Arkansas had another chance in the bottom of the fourth. After Casey Opitz laid down a bunt for a single, Jalen Battles drew his second walk of the game to put runners on second and first with two outs, but Goodheart, again unable to come through in an RBI situation as he struck out to end the inning.

The Diamond Hogs had second life in the bottom of the seventh when Cayden Wallace crushed a solo home run into the stands in left to tie the game at two.

Kopps, out to start the ninth, gave up a solo home run to Jose Torres, who his his third home run of the series to put the Wolfpack out in front for good.

After pounding out 17 hits and scoring 21 runs in Friday's win, the Razorback bats were quiet over the final two games of the series. The Hogs held to just four hits in the 6-5 loss on Saturday, and managed just four in the loss on Sunday.

The Razorbacks made it to the 50-win plateau but fell just short of Omaha. They end the 2020-2021 season 50-13 after capturing their first outright SEC regular season championship since 2004 and their first SEC Tournament title in program history.