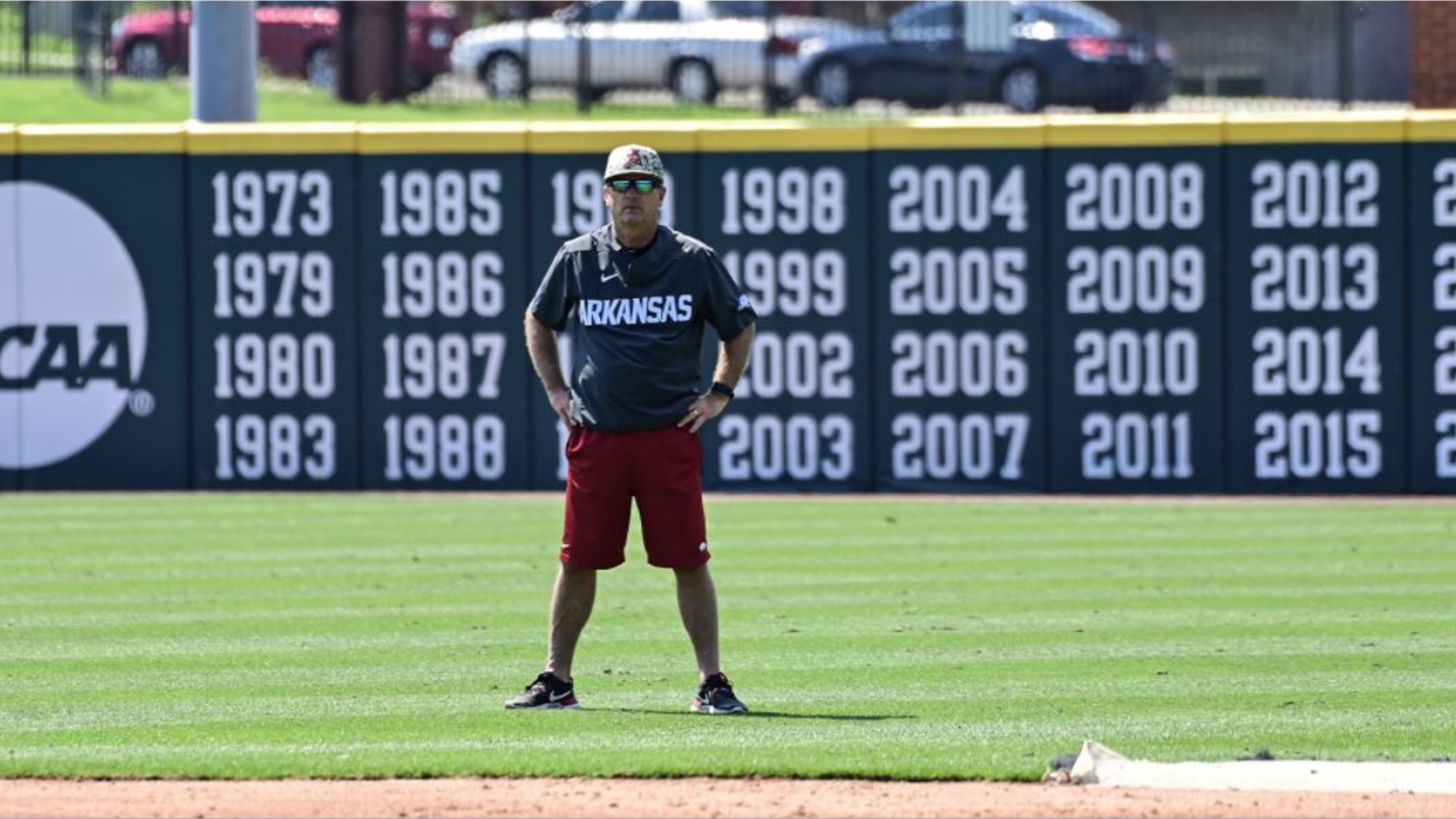 FAYETTEVILLE, Arkansas — Postseason baseball is finally back at Baum-Walker Stadium.

No. 1 Arkansas, hosting a regional for the fourth consecutive postseason and for the ninth time overall, embarks on its journey to the College World Series against NJIT at 2 p.m. Friday, June 4.

The Razorbacks, the SEC regular-season and tournament champion, earned the top overall seed in the NCAA Tournament for the first time in program history. Arkansas is a top-eight national seed for the fifth time, also receiving a top-eight seed in 2004, 2007, 2018 and 2019.

With a win to start the NCAA Fayetteville Regional, Arkansas would advance to play the winner of Friday night’s game between Nebraska and Northeastern at 8 p.m. Saturday, June 5.

Arkansas has never faced NJIT, who is making its NCAA Tournament debut. The Highlanders earned the America East Conference's automatic bid after the league’s championship game was rained out. NJIT was the only undefeated team remaining in the tournament.

Friday's contest between Arkansas and NJIT will stream nationally on ESPN3 with Steve Lenox (play-by-play) and Lance Cormier (analyst) on the call. Fans can watch via WatchESPN or through the ESPN app.

The game can also be heard on the Razorback Sports Network from Learfield/IMG, including locally in Fayetteville on 92.1 FM. Phil Elson and Bubba Carpenter will have the call.

Arkansas remained the unanimous No. 1 team in college baseball for Week 16 of the season, leading all six major polls released ahead of the NCAA Tournament. Baseball America, Collegiate Baseball Newspaper, D1Baseball, NCBWA, Perfect Game and USA Today each kept the Razorbacks atop their respective rankings for the seventh straight week.

It is the 10th time this season that Arkansas is the undisputed No. 1 team in the nation as well as the 14th consecutive week that the Hogs maintain the top spot in at least one of the six polls. The Razorbacks have ranked No. 1 in Baseball America’s top-25 poll for 14 weeks in a row, the publication’s longest such streak since 1998 Stanford topped the rankings for the first 15 weeks of the season.