23-year-old Rachel Sweatt is a beast on the tennis court, and her success is made that much sweeter by the challenges she's faced to get there. 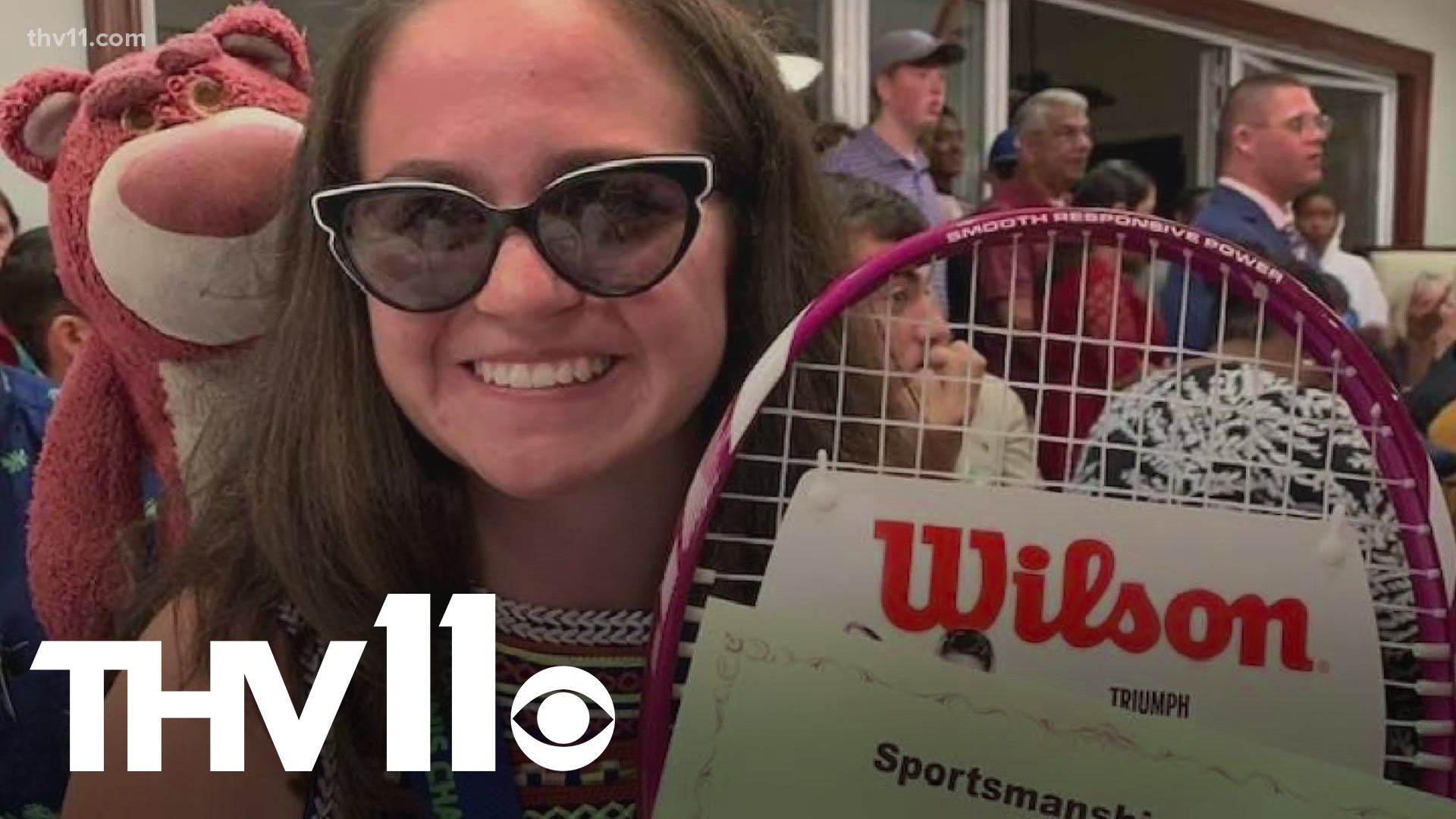 LITTLE ROCK, Ark. — Sometimes an athlete can be a star for more reasons than the talent they bring to their sport.

23-year-old Rachel Sweatt is a beast on the tennis court, and her success is made that much sweeter by the challenges she's faced to get there. She's autistic and had a rough start in her childhood.

"We met her when she was 9-years-old," Rachel's mother, Deby, said.

"She was non-verbal, frustrated, and she couldn't communicate anything. Her dad said that she needed to hit something. So, he put a little tennis racket in her hand, and she's never stopped playing since," she said.

Deby says Rachel had been removed her from her home by DHS because of on-going abuse. She was placed in the state's foster care system, and the Sweatts were asked to take her in, just for a weekend. They quickly realized Rachel was a part of their family and decided to adopt her.

"We knew that we needed to have her," Sweatt said.

"My husband kept calling her a 'diamond in the rough.'"

Sweatt says tennis has helped teach Rachel how to react in high-stress situations, and how to form relationships with other people.

Rachel has been the #1 Women's USTA 4.0 player in Arkansas for 3 years in a row. She's also the #1 female tennis Special Olympics player in the U.S.

Rachel travels to Florida next week to compete in the 2021 Special Olympics.

"She doesn't give up. That's Rachel."