Gov. Hutchinson says there will be high school football this fall

High school sports in Arkansas will proceed as scheduled after Gov. Hutchinson announced a plan will need to be submitted to the health department. 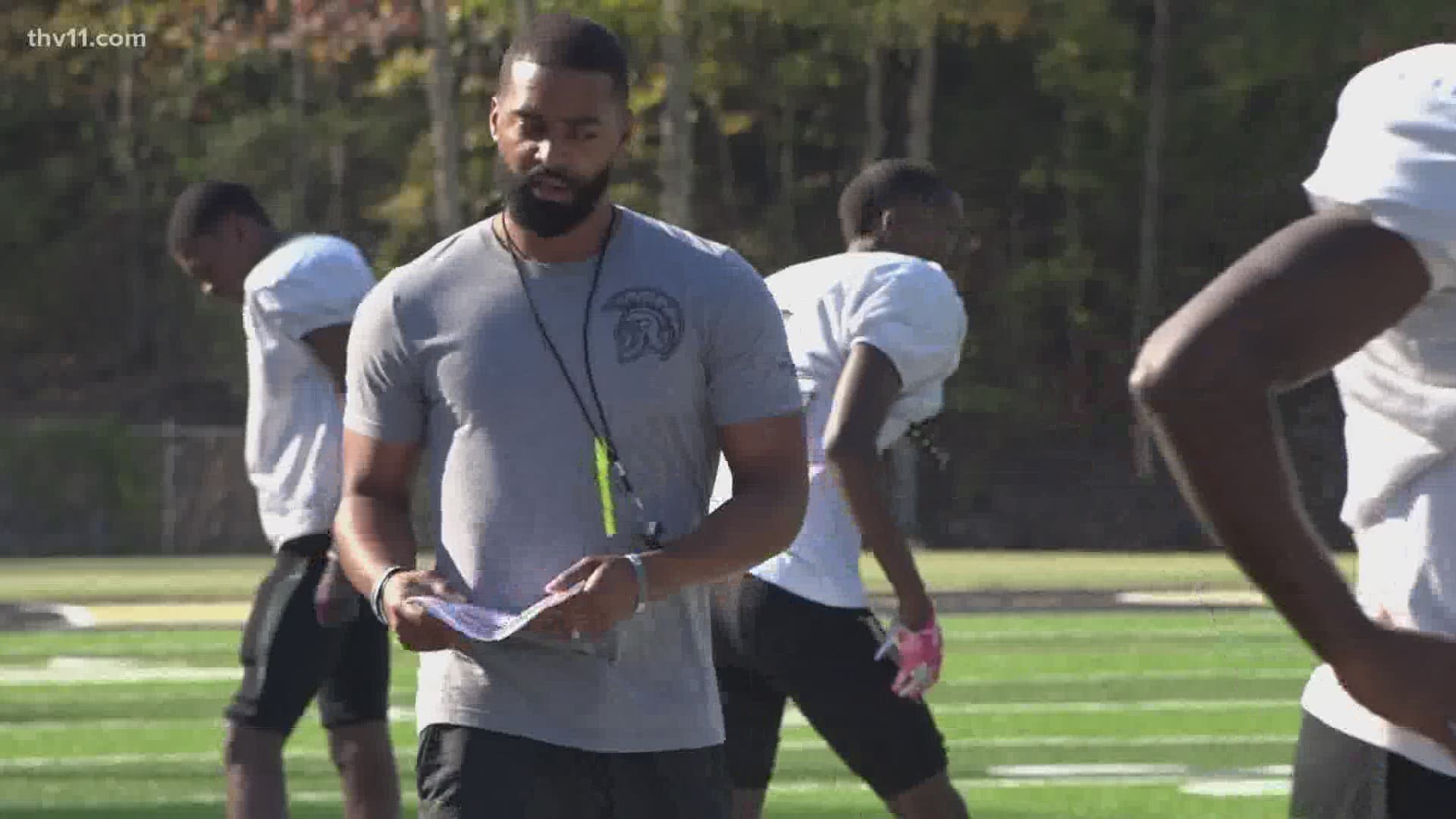 Hutchinson said the Arkansas Activities Association will submit a plan to the Arkansas Department of Health in order to have football, volleyball and cheerleading this fall.

The governor also announced that a advisory group will be chosen to make recommendations to him and the health department. Hutchinson said this will help have a "regular season" this fall.

Hutchinson emphasized that there is over three weeks before school starts with in-class instruction. In those three weeks, he said officials are going to learn from the training and practices held what adjustments will need to be made for students.

Governor Hutchinson: My message to the football players is grab your helmet and get ready for practice Monday. Then after practice grab your mask and help protect others.. They need to set the example. @THV11

"My message to the football players is grab your helmet and get ready for practice Monday," Hutchinson said. "Then after practice grab your mask and help protect others. They need to set the example."

Hutchinson also announced that no-contact team drills for football and other sports can begin as normal starting on August 3 through August 7.

In a statement, the Arkansas Activities Association said it expects "compliance with all directives" issued by Hutchinson and the health department. The AAA said more information will be released soon on the directives.