At eight years old, Whitmore has found his stride

The length of a racehorse's career is typically only a few years. But Whitmore is anything but typical. 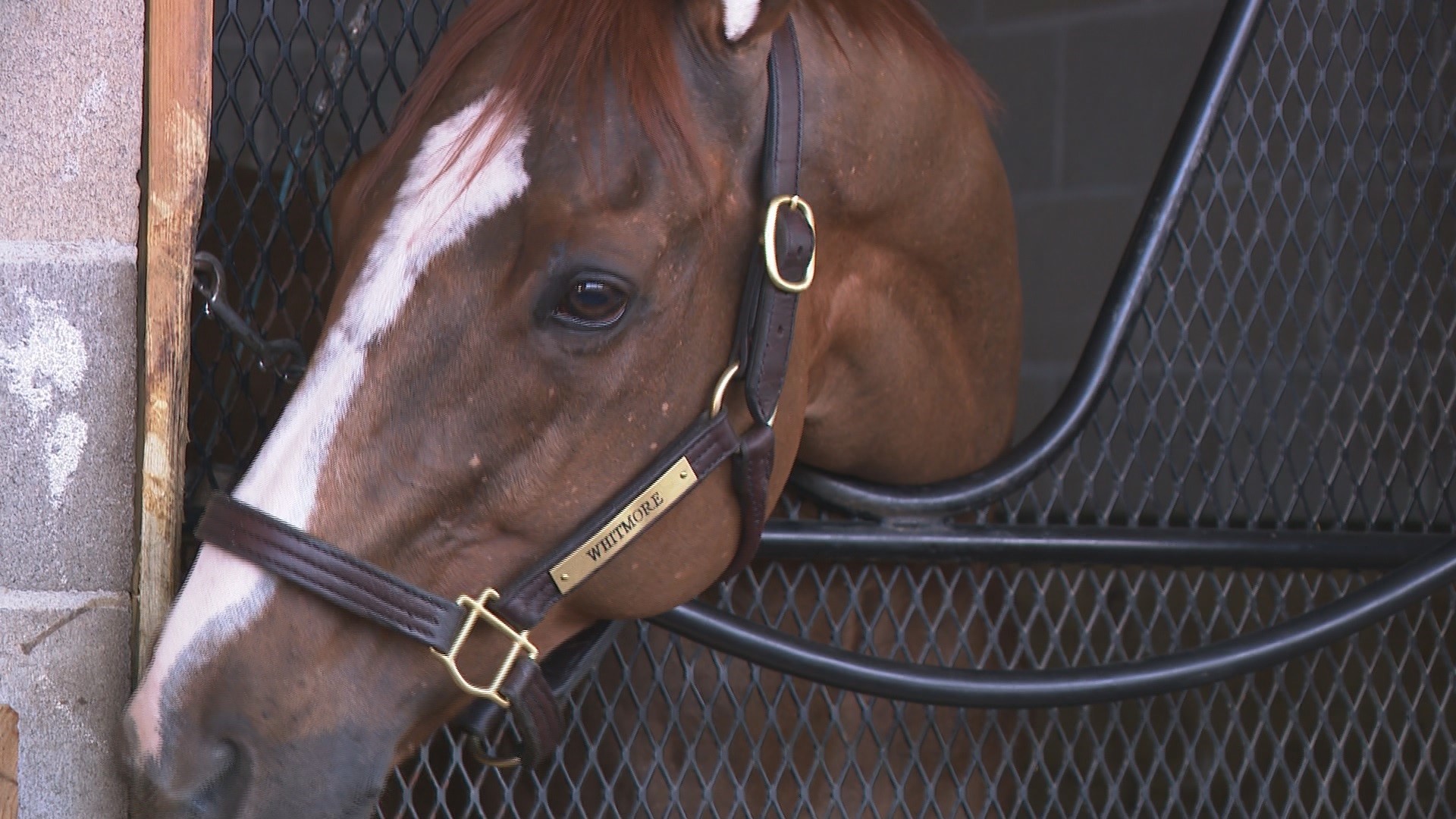 HOT SPRINGS, Arkansas — "He has such a huge explosive kick," said Laura Moquett. "When you have that kick when you're going seven wide you don't really notice it as much as you do when you're on the rail," she said, "so once we got the rail trip we thought we were set."

And she thinks Saturday's Count Fleet Sprint Handicap could be the same.

"Hopefully we get another rail trip," said Moquett. "We've got the two hole so we'll see how it sets up."

In 2016 it was Whitmore who was set up to be a champion. But after running a disappointing 19th in that year's Kentucky Derby, trainer Ron Moquett decided to make a change, turning the talented three year old into a sprinter.

Whitmore's career trajectory looks a lot like his signature running style: coming from behind with a huge explosive kick.

In November 2020, in his fourth attempt, he finally won the two-million-dollar Breeders Cup Sprint. At seven years old, he's the oldest horse to ever win it.

"Him with his consistent nature of just wanting to win," said trainer Ron Moquett about what keeps Whitmore racing. "You know, whenever all those things come together and he still wants to win, it works."

How eight, Whitmore shows no signs of slowing down.

"He just has the ability to perform easily and without taxing himself, and that's the key," said Laura.

But she believes there is one other key to Whitmore's lasting success.