What to expect when attending football games amid the coronavirus pandemic

The rules range from from socially-distanced seating to mask mandates and more. 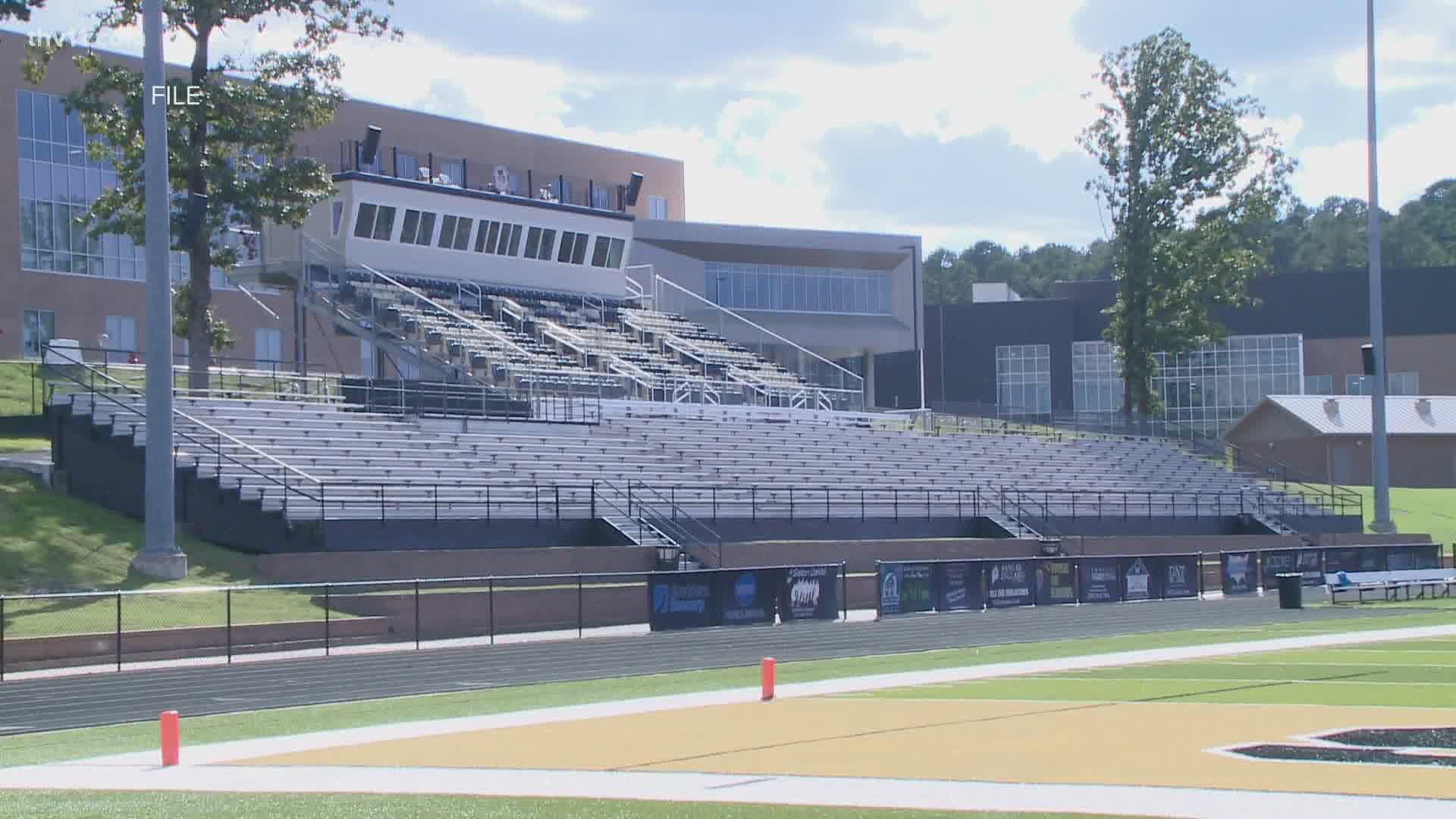 "Now, let's not only start the season this year, but let's work to finish the season," said Governor Hutchinson.

RELATED: What will Arkansas high school cheer teams and marching bands look like this fall?

The guidelines describe fans must sit 6 feet a part and everyone must wear masks at all time, except when eating. There also must be signs posted at all entrances to show the guidelines.

It's not going to be any season Arkansans have ever seen, with stadiums half-empty and everyone wearing masks.

What usually is a packed stadium of 5,000 people at Sylvan Hills' football games will now hold less than 2,000.

The athletic director is looking to use every available square inch of space to socially distant as many people as safely possible; even getting some help from the city.

"The City of Sherwood is actually letting us borrow some additional bleachers that we're actually going to put at the end zones," said Denny Tipton, Sylvan Hills Athletic Director.

At Pulaski Academy, there will be signs and barricades to promote 6 feet of distance, plus hand sanitizer stations at the games.

"We've had to make some sacrifices. We're not going to be able to have a student section," said Pulaski Academy's Head Football Coach and Athletic Director, Kevin Kelley.

"We're going to ask families to sit together and not go hang out with your friends because if you do that, he's going to sit here you are going to sit here, but it's taking up seats a whole family could sit in. The alternative is not having it at all, so that's the sacrifices we have to make," said Kelley.

Around 900 seats will be open, which means a lot of people may not get tickets, but there will be priority for families with students on the field. There will be a live stream of the game for those who can't get in.

"If you have a student in the band, in the spirit squad, or on the football field, they are going to get tickets for at least their parents. They need to see their kids play," said Kelley.

Governor Hutchinson also announced an update to band and choir guidelines. You can find those here.