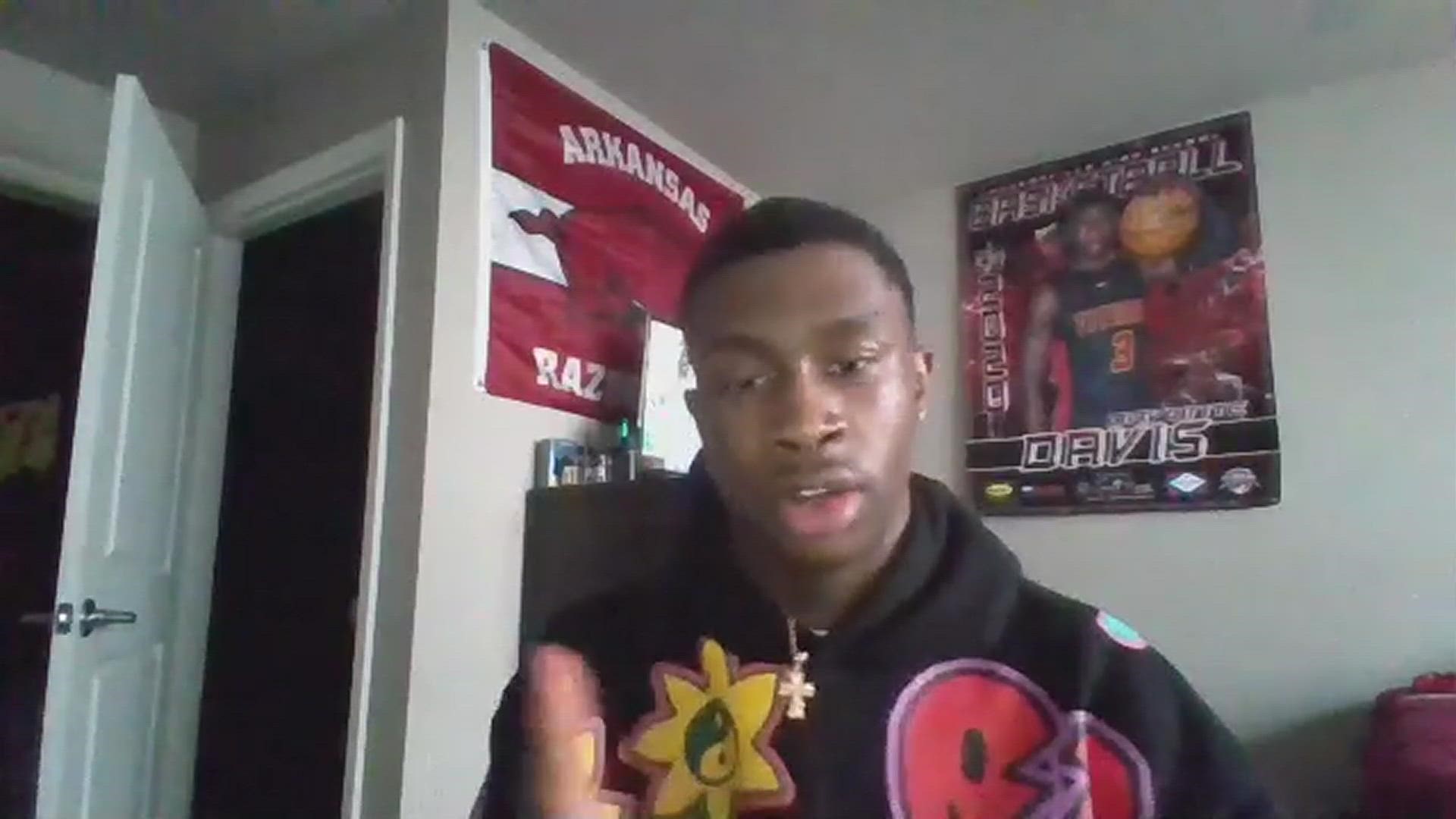 He played in and started 16 games in the 2021-22 season for the Panthers. He did not play the final six games. He chose to enter the transfer portal on Feb. 25. He was averaging a career-best 14.4 points and 5.9 rebounds per game. Toney scored 15 or more points in nine games, including three 20-plus point efforts, and was considered one of the top wing defenders in the conference.

At the time of his departure, Toney ranked among the ACC leaders in scoring (14.4 ppg. - 13th), free throw attempts (87 FTA - 5th), offensive rebounds (2.31 - 11th) and minutes (34.96 mpg. - 8th). He led the team in scoring once – getting 20 in the season opener versus Saint Francis – and led the Panthers in rebounding twice – getting 14 versus Syracuse and nine at Georgia Tech. He made a team-best 13 free throws in a game twice, the last time coming versus Duke.

Played and started in 16 games while averaging 14.4 points and 5.9 rebounds – both second-best on the team … In ACC play, averaged 13.5 points and 6.4 rebounds – also second-best on the team … In his final game with the Panthers, posted 17 points, five rebounds and three assists versus NC State … Recorded 15 points, nine rebounds and two steals at Georgia Tech … Tallied a double-double with 22 points and 11 rebounds in a home win over Duke … Also in that game, set career highs in free throws made (13) and free throw attempts (17) … Scored 18 points and added five rebounds and two steals in a home win over Syracuse … Recorded his first career double-double with 12 points and a career-high 14 rebounds in a road win at Syracuse. … His putback with 8.2 seconds remaining gave the Panthers their first lead of the game (61-60) and Pitt went on to win 63-60 … Delivered 15 points, five rebounds, three assists and two steals in a win at Miami … Finished with 18 points and eight rebounds (five offensive boards) in a road win over Northwestern … Knocked down a pair of 3-point field goals and finished with 15 points and five assists against Northern Illinois … Topped the 20-point mark in each of the first two games of the season, becoming the first Panther to accomplish that feat since the 2011-12 season … Went 7-of-11 from the field and got to the free throw line 11 times en route to a 20-point, four-rebound, six-assist effort in a win over Drexel … Opened the season with 20 points, seven rebounds and three steals against Saint Francis … Was 8-of-11 from the field, including a career-best 4-of-6 from 3-point range.

Played his final two years at Trinity Christian [Fayetteville, N.C.] under head coach Heath Vandevender … Helped lead Trinity Christian to a 25-6 record and the North Carolina 1A state championship in 2018 ... Named National Athletic Association of Private Schools Division 4 All-American ... also received Division 4 NAAPS Player of the Year honors … Averaged 14.1 points, 7.5 rebounds, 1.9 assists and 1.2 steals per game … NCISAA 1A first team all-state selection … Scored a team-high 17 points to pace the Crusaders to a 70-62 state title game win over Greenfield (2/25) … Played his sophomore season at Northwood Temple (N.C.) ... led the team to a 21-14 record and a trip to the state final four … Named to state all-tournament first team in 2017 … Helped Columbia High School (Huntsville, Ala.) to an 18-11 record as a freshman ... Received second team all-tournament honors after leading the team to regional conference finals.