Little did Lindsey know that at the night of the Fayetteville Regional game, it would change she and Hunter's life — creating one of the most memorable moments. 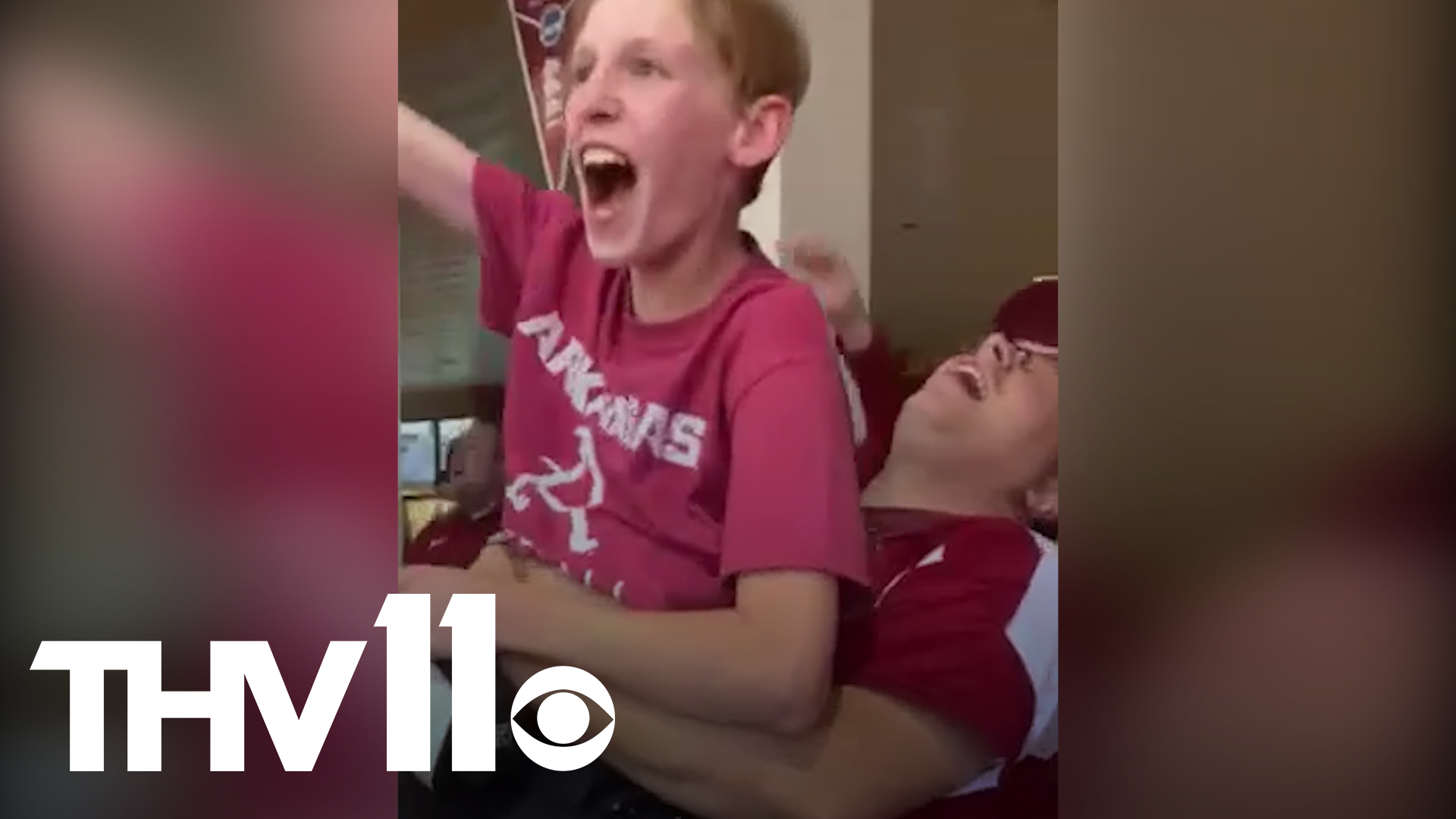 FAYETTEVILLE, Ark. — On Monday, June 7 Hunter Moats woke up and told his parents all he wanted for his 13th birthday was to go to the Razorback baseball game.

His mother, Lindsey, regretfully told him there was almost no possible way she could find tickets at the last minute. But, she decided to ask Facebook for help.

Within an hour, Lindsey had a handful of offers of tickets after posting on the Arkansas Razorback tickets Facebook page with the story of wanting to fulfil her son's birthday dream.

A little while later, Hunter would receive a gift that would last a life time.

A woman who worked for the University of Arkansas sent Lindsey a Facebook message that said she had originally planned on going to the game, but after reading their story, she wanted her to take Hunter.

But, they weren't just any tickets — they were right behind home plate.

"I’ve raised three boys of my own at the ball fields," the woman said to Lindsey, "and this is something you two should get to experience together!”

Little did Lindsey know that at the night of the Fayetteville Regional game, it would change she and Hunter's life, creating one of the most memorable moments — and if you're a Razorback fan, you know exactly which moment she's talking about.

"Normally, my husband is the one who takes him [Hunter] to Hogs games and Chiefs games, but this time, it was mama's turn," Lindsey said. "Our story was spread so much that we got to that game and people were actually saying, 'Hey! I’m glad y’all got tickets! Happy Birthday buddy!'”

A handful of people had recognized Lindsey and Hunter from her post about needing tickets and the man sitting behind them at the game was one of them.

After Charlie Welch's huge game-winning hit, the man ended up picking up Hunter in excitement of the game and creating a now viral video.

"I managed to get it [the moment] on video," Lindsey said." It’s now circulating all over Twitter! A complete stranger, now turned family, after a memorable experience!"

Being from Greenbrier, Cayden Wallace is the Moats's hometown guy. Hunter even managed to get his team baseball hat and ball signed by Wallace, along with two other well-known Razorbacks.

"While walking out to the truck, my son had held it together for long enough," Lindsey said. "He looked at me and just couldn’t hold it back any longer and let out the hardest and longest cry I have seen him have, while gripping his signed baseball. I held him and we cried big, joyful tears together!"

Lindsey said the woman's kindness made it possible for she and her son to have a memory they will never forget.

A Razorback fan since birth and now one with a life-changing memory. Happy 13th birthday, Hunter!