Caroline and Cole Carper love to swim and ski. But one thing sets them apart: a genetic eye disorder that has left them both legally blind. 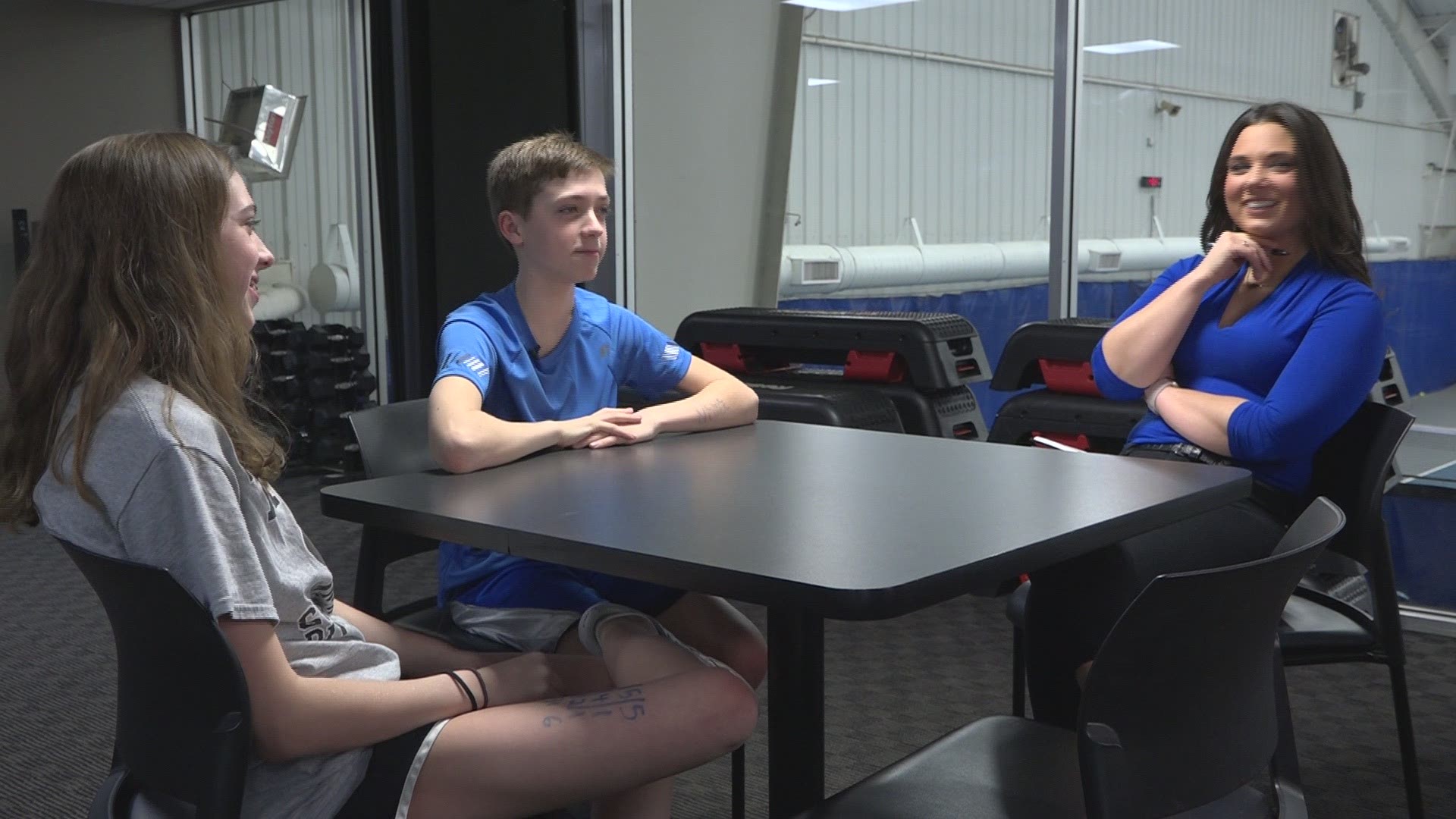 LITTLE ROCK, Ark. — Like most sets of siblings, Caroline and Cole Carper share a healthy sense of competition.

It doesn't matter if they're training with the Arkansas Dolphins, swimming or on the ski slopes. These two are always going at it.

"Me," Caroline said when asked who was better.

But there's something else that Cole and Caroline share— a rare genetic eye disorder called Leber Congenital Amaurosis— a mutation that affects the retina of the eye and causes visual impairment early in life.

"There's a gene missing in our eye," Caroline explained. "They didn't know until I was like two. Then they thought Cole might have it."

"No," said Cole. "I was the one who first got tested for it because I kept looking at the lights."

Even who was diagnosed first is up for debate.

Although they're both legally blind, there are still things that they can see.

“Most everything. It's kind of dark in here," said Caroline, pointing around the room. "Like where the lights aren’t over there."

"But like, I can see your face," Cole said, "and the tennis courts over there."

As for how they see themselves? That vision has never been clearer.

“I would define myself as a person who likes the outside, going fast and riding rollers coasters," said Cole, adding, "and skiing of course.”

During the last weekend in February, Cole participated in the Anthem Winter Sports Fest, hosted by the United States Association of Blind Athletes.

"I mean, I think that blind people can do any sport," Cold said. "It just has to be adapted in a way that they can do it. I consider myself just a normal skier."

So it should come as no surprise that like any normal skier, Cole loves racing to the finish.

“If it’s cloudy where the light is consistent, watch out," he said. "Zoom zoom, down the hill.”

RELATED: Beebe student with special needs gets surprised with very own letterman jacket