Bryant on a mission to win first baseball title since 2016 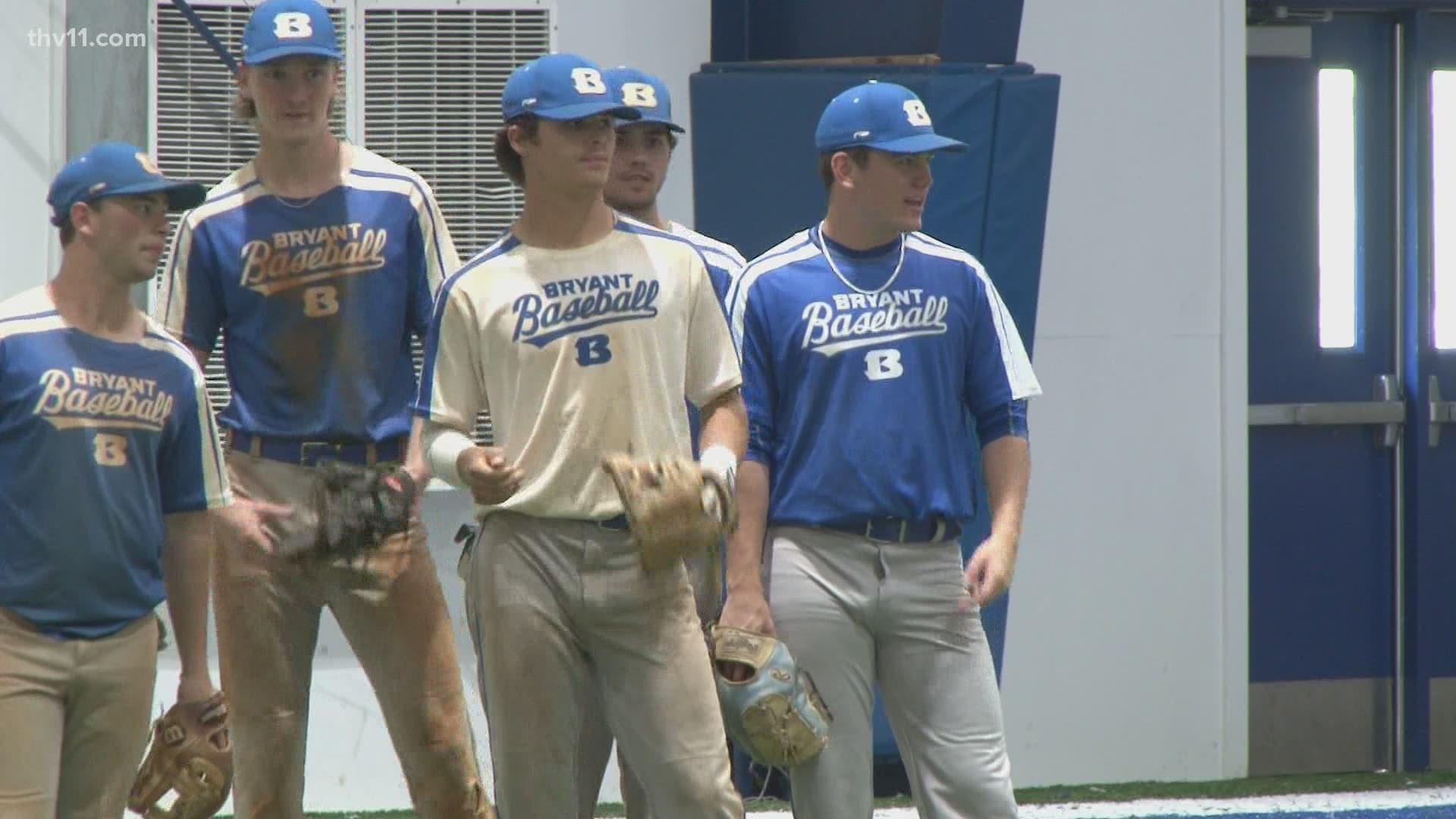 "There’s church and then there’s baseball. Football is slowly creeping in there. Well football is speeding up there, but baseball is very important to this community."

.@Bryant_Hornets heads to the 6A tournament as a #1 seed trying to bring home their first title since 2016.

More from the Hornets tonight on @THV11 pic.twitter.com/DO4s7tuaF7

Just like nearly every kid in Bryant, Senior Noah Davis grew up wanting to play baseball for the Hornets. "I want to represent this town the best I can and growing up as a kid you aspire to go those games every fright night."

After a heartbreaking loss in 2019 and losing their season to Covid in 2020. Noah Davis and these seniors hopes to give the Hornets their first baseball title since 2016. "Their something special, we’ve been playing ball together since we were six years old and we’ve grown up playing ball with each other."

After five years without a state championship, the question is have the hunted become the hunters? Spoiler alert, they don’t think see it that way!

"No man, I don’t. I think that teams are still coming after us and they’re trying to get after us every single game because we’ve faced everyone’s best this year and when they win they celebrate like they’ve won a state championship."

"We have a lot to prove. We go in every game and we see everyone’s best and that is a challenge that we accept whole heartedly."