The only center of its kind in the state, it opened over the summer and will be used by wrestling and the spring sports programs at Cabot 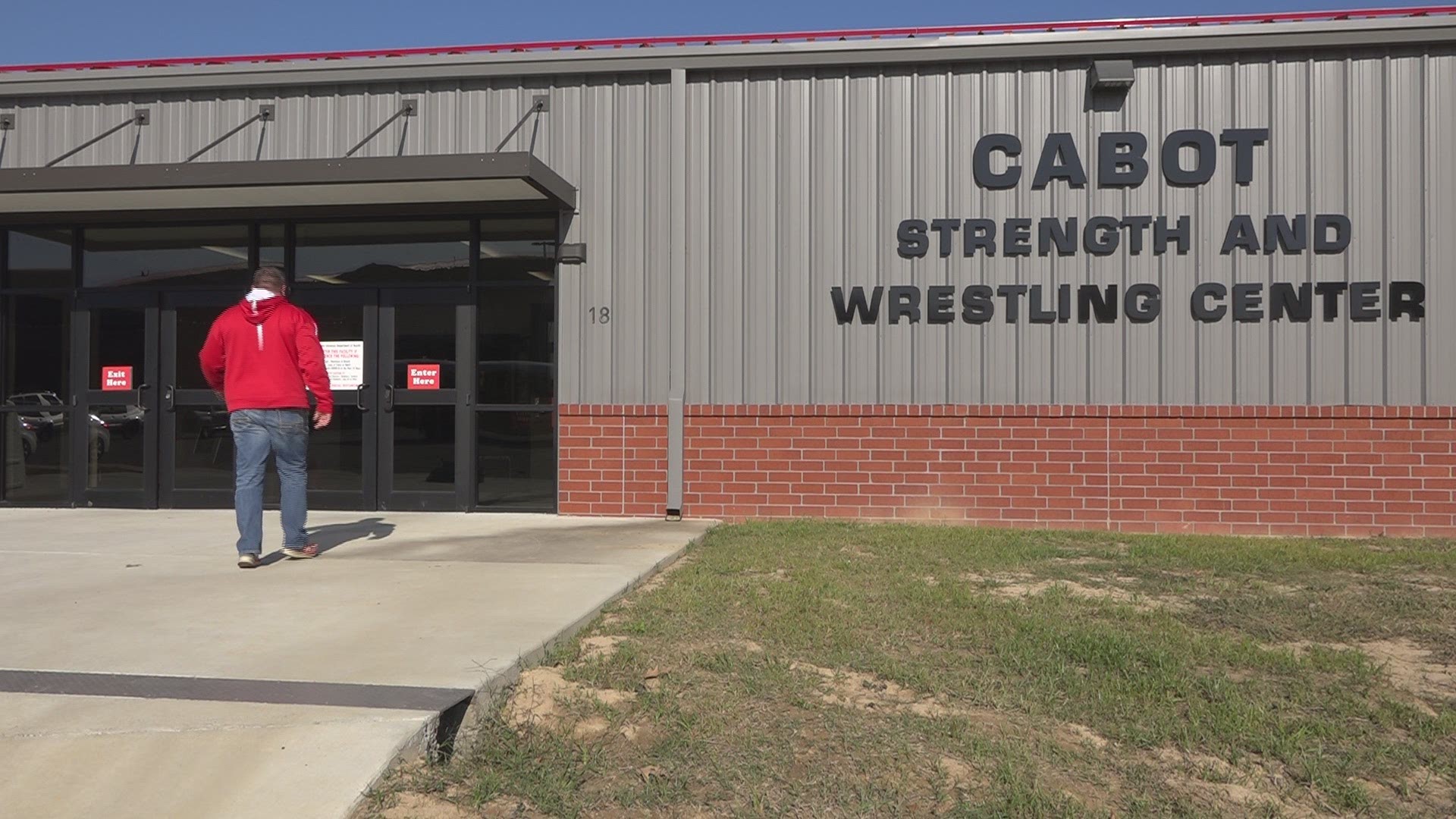 CABOT, Ark. — "Everyday I come into this building I have to pinch myself," said Justin Turner, the head wrestling coach at Cabot High School. "There's not another one like it for a high school in the country."

Over the summer Cabot debuted a new strength and wrestling center, a project nearly four years in the making. When he took over the program, he noticed a problem -- his athletes were spending too much time unrolling and rolling mats. They were getting home too late, and not having enough time to be kids. His solution: a new facility.

"We worked out across the street so we saw it being built for about the last year and a half," he said, "so the first day they finally got to move in, they couldn't stop smiling."

It's the only one like it in the state of Arkansas, and Turner believes the facility will help the Panthers compete at a higher level. In his opinion, the center is nicer than some of the ones he's seen at college.

"We have four mats down right now, which constitutes an 84-foot by 84-foot space for wrestling," said Turner. "The weight room is around 6,000 square feet. Office space, we have locker rooms for about 95 kids, our laundry facility, a training room, bleachers that will hold up to 100 people, probably, when they're allowed in," he adds.

The center officially opened in the summer, and while opening in the midst of a pandemic may not have seemed ideal, the timing couldn't have been better.

"We have two certified strength coaches, and we have basically the same weight room in two places, one in the field house and one here in the new wrestling center," said Athletic Director and head football coach, Scott Reed. "It allowed us to work out kids -- we do it four days a week, we start at 6 a.m. and we're finished about 2 p.m., that's at normal times. With the restrictions of basically half as many kids in the weight room as we had in previous summers, now we have two facilities. So we could accommodate all of our teams throughout summer."

As the calendar turns to the start of their season, it's wrestling's turn to enjoy their new home.