'He's a weapon for us' | Cabot kicker makes comeback after injury

Though kicker is a position not many kids dream of playing, Rhett chose this trajectory in middle school. 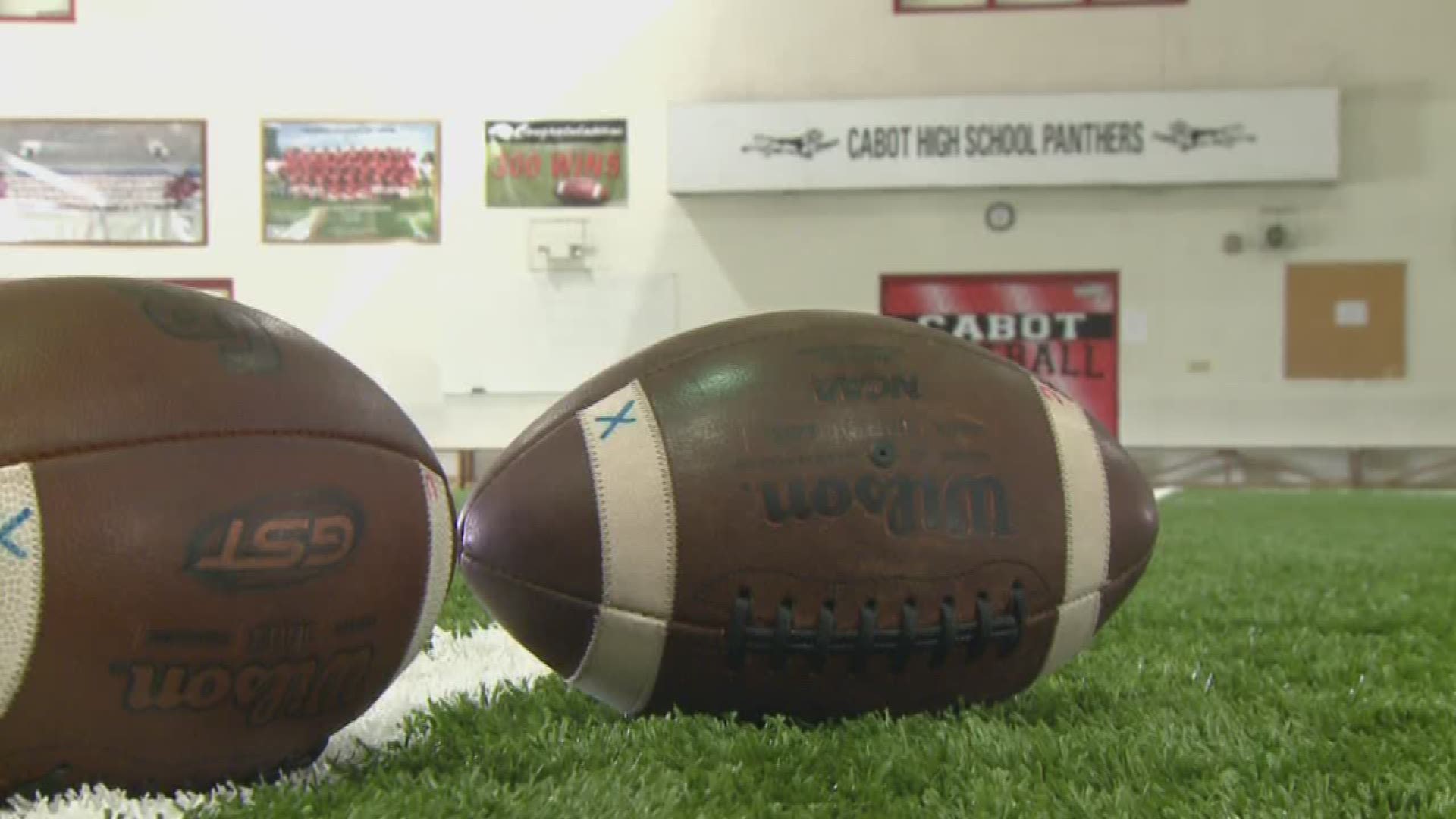 CABOT, Ark. — There are a number of characteristics Cabot head football coach Scott Reed looks for in a kicker.

"You have to be confident," Reed said. "You want to see someone repetitive with technique."

Though kicker is a position not many kids dream of playing, Rhett chose this trajectory in middle school. He's kept his momentum, despite a major setback that came during a punt his sophomore year.

"The punt got blocked and the ball was behind me," Thurman said. "I ran behind trying to get to it. I bend down for it with my right leg back and I was hit from the side snapping my leg in half."

The injury would end Rhett's season, but not his career.

In fact, he came back last season ranked among the top 5 kickers nationally, and his senior season is off to an impressive start.

"Hidden yards in a ballgame are huge, and we dominated the kicking game last week in Pine Bluff," Coach Reed said. "I think he kicked off seven times; six of them went into the end zone."

Thurman plans to build on that success throughout the season. He'll graduate from Cabot High School and hopes to continue playing football in college.

"Something really bad happened to me but I didn't let it scare me away," Thurman said. "I just came back even better than before. Now I'm using it to better my life and help my team."