The victory earned him 10 points towards eligibility in the Kentucky Derby and has him currently ranked eighth among the top 20 3-year-olds in the country. 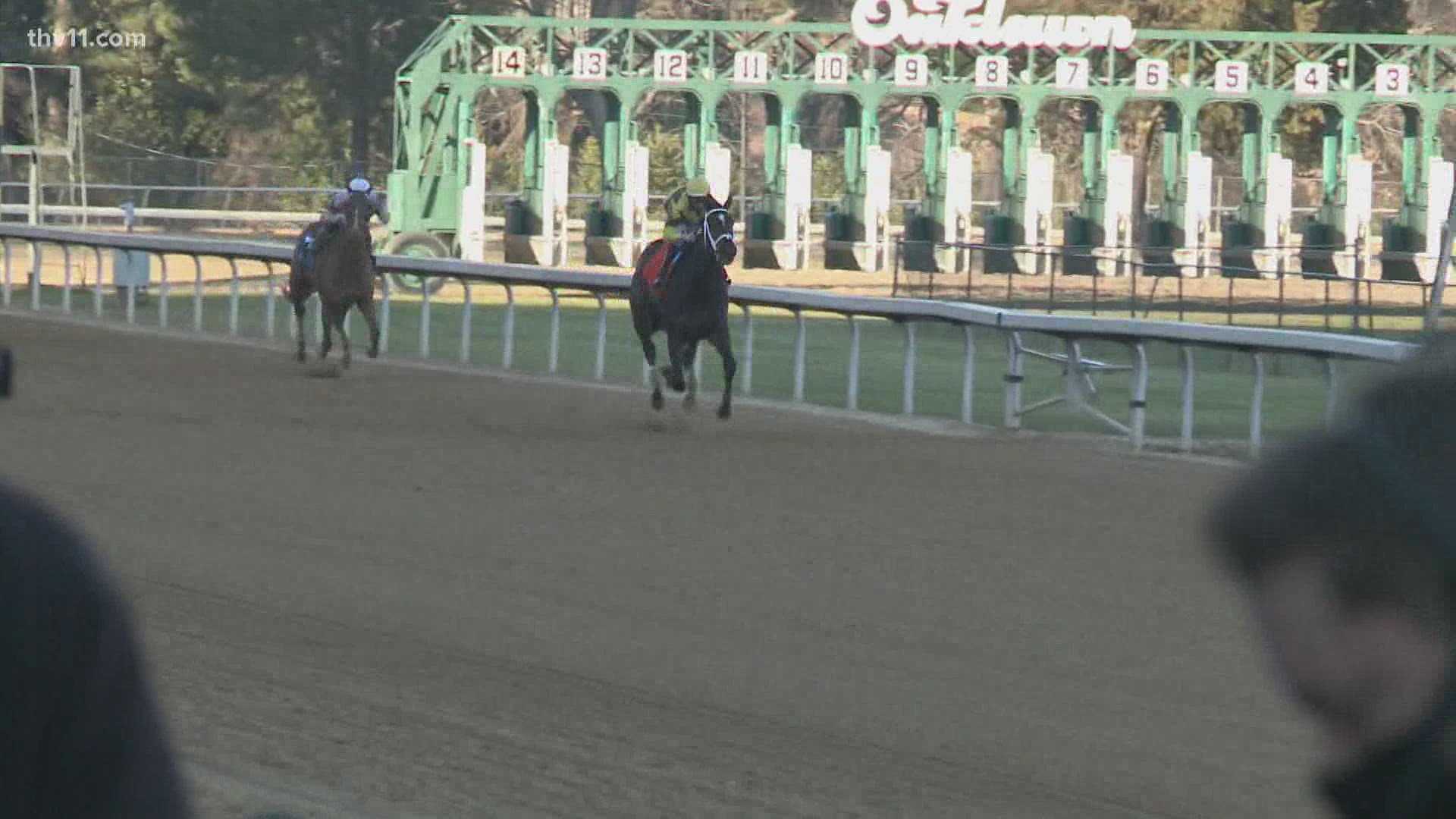 HOT SPRINGS, Ark. — Shortleaf Stables, Inc.’s Caddo River lived up to his billing and dominated Friday’s $150,000 Smarty Jones Stakes by 10 ¼ lengths as the 3-5 favorite. The victory earned him 10 points towards eligibility in the Kentucky Derby and has him currently ranked eighth among the top 20 3-year-olds in the country.

Ridden by Florent Geroux, Caddo River gained the lead early and never looked back, setting fractions of :23 and :47 for the first half mile before finishing the one-mile race in 1:38 over a fast track. Cowan, the 2-1 second choice, had to check down the backstretch and could not catch the winner, finishing 7 ¼ lengths in front of his stablemate Big Thorn.

“He broke very alertly,” Geroux said. “Very nice and relaxed. You want to see these type horses doing it the right way. It’s easy to go to the lead and keep on going. You want them to relax and do everything right. He did everything perfect. The distance doesn’t look like it’s going to be a problem. Very excited about what’s coming up ahead of us with him. Looks like he can run all day, which is a good problem. Hopefully, we can go on, go up the stepping stones and have a nice horse for the first Saturday in May.”