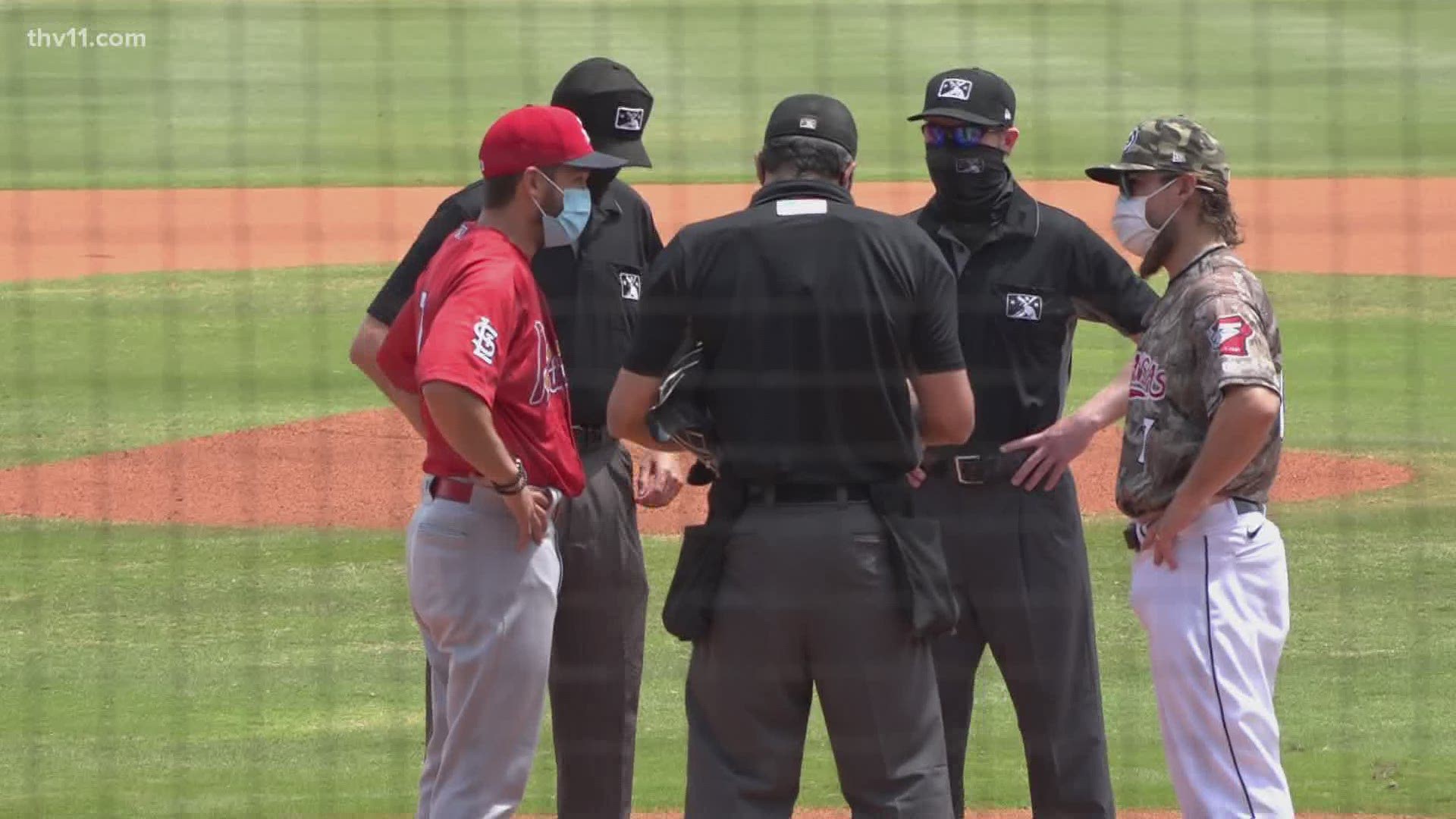 NORTH LITTLE ROCK, Ark. — The Arkansas Travelers five game winning streak came to a screeching halt on Sunday afternoon at Dickey-Stephens Park as three Springfield Cardinal pitchers combined on a one hit shutout in a 1-0 win. Andre Pallante (Win, 5 IP), Edgar Escobar (3 IP) and Grant Black (Sv, IP) kept the Travs offense at bay all afternoon. Tyler Herb pitched well in his season debut for the Travs going six innings but gave up a solo homer for the only damage in the game.

* Nick Plummer led off the top of the fifth with a no doubt home run to right field.

* Bobby Honeyman had the Travs’ only hit of the game, a leadoff double in the bottom of the fifth. He got to third with two out but was stranded.

* It was the second time this season the Travs have been shut out.

After an off day Monday, the Travs hit the road for the first time this season. They will play at Corpus Christi on Tuesday night. First pitch is set for 6:35 with right-hander Alejandro Requena (1-0, 4.82) starting against righty J.P. France (1-1, 3.72). The game will be broadcast on the Sports Animal 920, the First Pitch App and milb.tv.