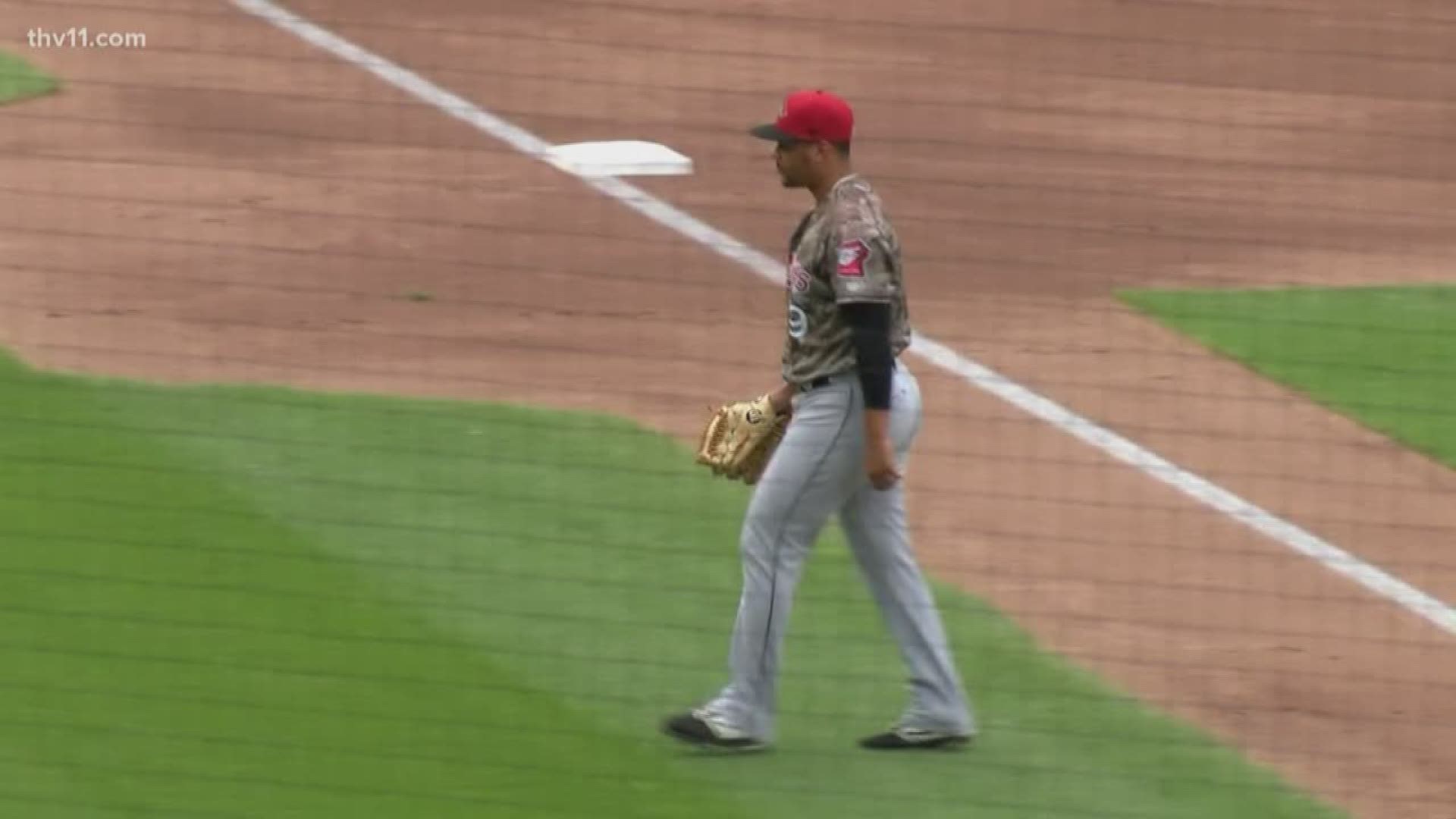 SPRINGFIELD, Mo. — A pair of early homers were not enough as the Arkansas Travelers fell to the Springfield Cardinals, 3-2, on Sunday night. Springfield won the series, three games to one. Mike Ahmed and Joseph Odom blasted solo homers to stake the Travs to an early lead. Justus Sheffield pitched well in the start for Arkansas but was nicked for three runs (two earned) over six innings and was tagged with the loss.

* After Springfield had tied the game in the sixth inning, Brian O'Keefe hit a line drive to right field but it banged off the glove of Aaron Knapp for an error allowing the go-ahead and eventual game-winning run to score.

* The Travs drew consecutive walks to open the seventh inning before bunting the runners to second and third but failed to score.

* Evan White and Kyle Lewis opened the eighth with consecutive doubles to putting runners at second at third but again Arkansas failed to score. White was thrown out at the plate trying to come in on a chopper to short with the infield in.

* The Cardinals scratched their scheduled starter, Alex FaGalde, moments before first pitch but four pitchers picked up the slack. Jacob Patterson was the star going 3.1 innings and striking out seven.

* The Travs had a multi-run lead at some point in all four game of this series yet ended up with just one win on the weekend.