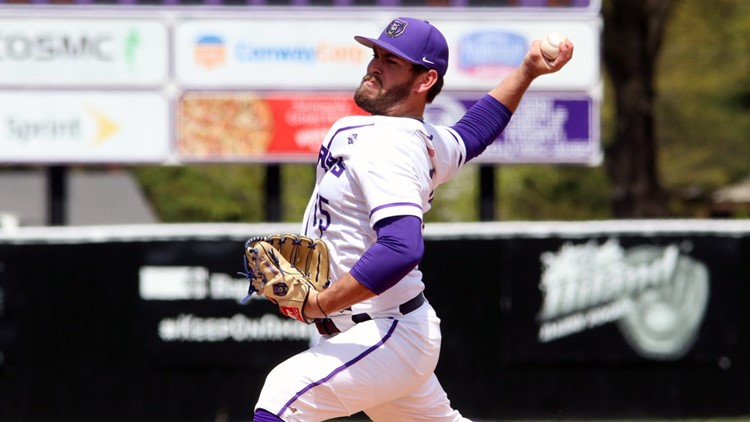 CONWAY, Ark. — A 10-4 win over Abilene Christian on Sunday at Bear Stadium gave the University of Central Arkansas Bears a sweep of their Southland Conference series and handed head coach Allen Gum his 500th career victory on Senior Day and Mother's Day.

The third-place Bears (27-23) moved to 17-10 in Southland Conference play with one series remaining at Lamar beginning Thursday. UCA won its seventh conference series out of nine and capped off Senior Weekend with its third consecutive victory. The Bears had a pair of three-run innings against the Wildcats (23-26, 10-17) and solidified their spot in the 2019 SLC Tournament that begins May 22 in Sugar Land, Texas.

UCA got four innings each out of junior Mark Moyer and senior Conner Williams, along with a hitless ninth inning from sophomore Gavin Stone to hold the Wildcats to just four runs on 11 hits. The Bears had several offensive standouts, including senior designated hitter Tanner Wiley, who went 4 for 5 with an RBI and two runs scored, and junior shortstop Christian Brasher, who was 3 for 3 with 6 runs batted in, tying UCA's top performance of the season in RBI.

Brasher, from Fort Smith, also had a two-run triple to right field in the third inning when ACU's right fielder lost his footing in the muddy outfield Williams (3-1) got the victory, allowing 4 hits and 1 run and striking out 3..

Six UCA seniors closed out their final homestand at Bear Stadium, including Wiley, first baseman Tyler Smith, second baseman Jay Anderson, outfielder Brett D'Amico and pitchers Taylor Anders and Cody Davenport. Gum, in his ninth season at UCA, won his 274th game at UCA to go along with 226 at his alma mater Southern Arkansas prior to coming to UCA. He is the winningest coach in UCA history and the fourth-winningest coach in Southland Conference history behind Lamar's Jim Gilligan, UT-Arlington's Butch McBroom and Louisiana Tech's Pat Patterson.