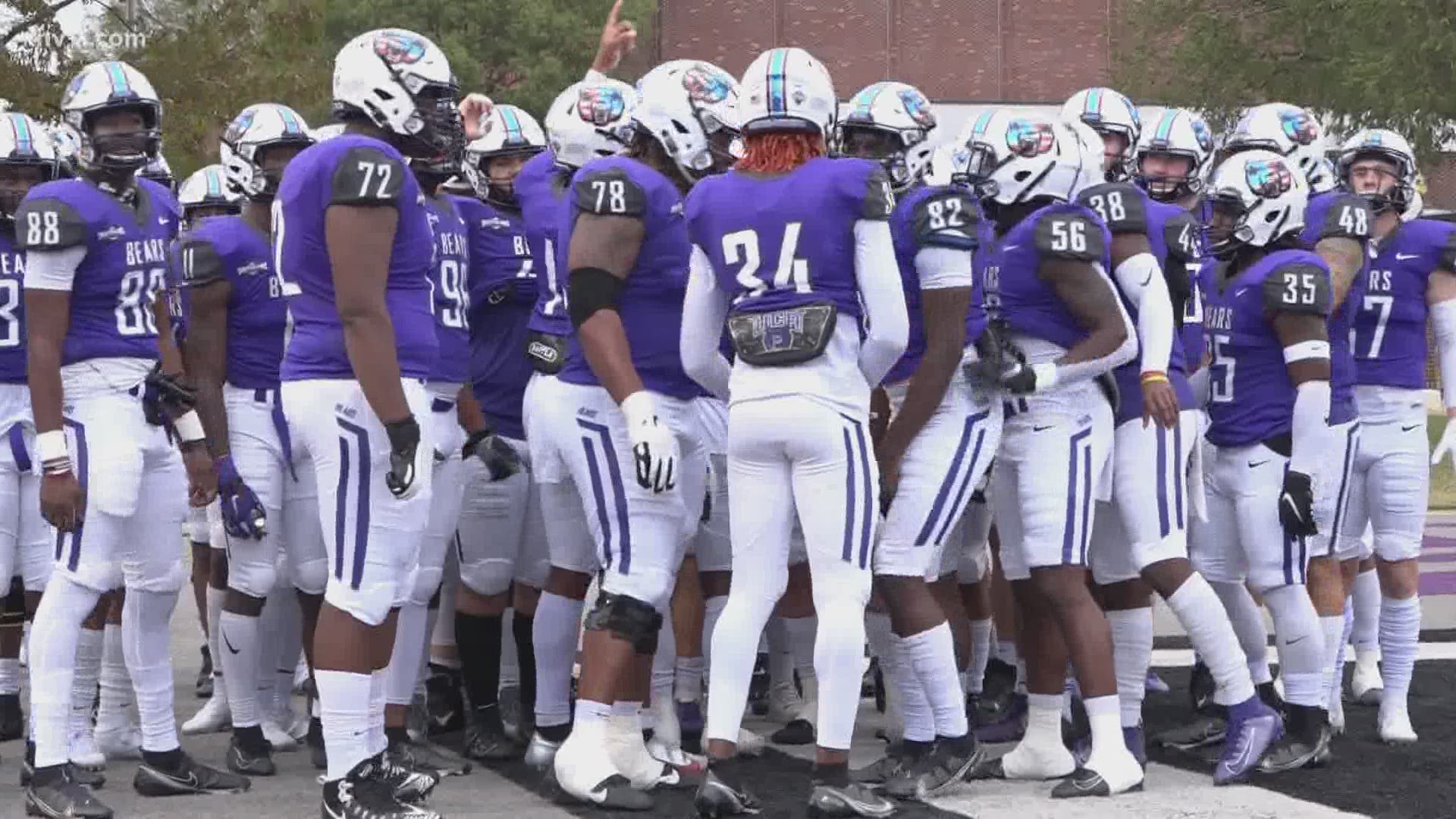 FCS TEAM OF THE WEEK
Central Arkansas: 37-25 win over Eastern Kentucky
The Bears (5-4) found a wild way to avenge a last-second loss at EKU on Oct. 24 – scoring the first 24 points, allowing 25 in a row and then going ahead for good on Marshun Douglas' 1-yard run early in the fourth quarter. The Southland Conference squad played without starting quarterback Breylin Smith, but Luke Hales stepped in to pass for 324 yards, connecting on a 69-yard touchdown to Tyler Hudson and a 12-yard score to Lujuan Winningham. Cameron Myers returned the opening kickoff 96 yards for a TD and the Bears had a 99-yard scoring drive for the second straight game.

FCS PLAYER OF THE WEEK
Logan Jessup, Central Arkansas, DE, R-So., 6-3, 275, Wynne, Arkansas
Jessup wasn't on the Bears' two-deep to open the season, but it didn't take long for him to gain notice during a breakout season. In the win over Eastern Kentucky, he had a career-high 10 tackles, including five solos, and a fumble recovery. Three of the stops went for losses, including a 10-yard sack, which pushed his FCS-leading totals to 11 tackles for loss and 6½ sacks.