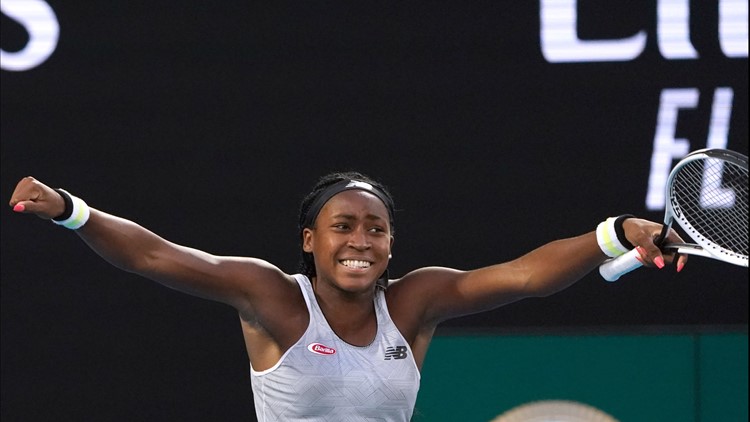 ATLANTA — Coco Gauff marked maybe the highlight of what's been a tremendous rise in tennis over the last year by beating the former No. 1 player in the world and last year's Australian Open champion.

The 15-year-old Atlanta native bested Naomi Osaka in straight sets, 6-3, 6-4, to advance to the fourth round at the Australian Open early Friday morning, matching her longest run at a grand slam after her magical run through Wimbledon last year.

She was just about speechless after the victory, tweeting only: "What."

Gauff earlier beat Venus Williams in the first round. Her win followed another surprise result at the tournament, when Serena Williams was knocked out by China's Qiang Wang.

With her win in the last round, Gauff became the first American woman in three decades to reach the third round in her first three grand slam appearances.

She first made waves last year with her run to the fourth round at Wimbledon, which also began with a win over Venus Williams.

The 15-year-old is the youngest player in the field at the Australian Open, and now is one of the last 16 remaining in the tournament.

Her accomplishments in the past year also include a strong run at the U.S. Open and winning her first WTA singles title in October, at the Upper Austria Ladies Linz tournament.

He ate a cupcake, so they used a bat to beat him to death, police say