The former NFL quarterback announced on his Twitter in July that he is writing a children's book in partnership with Scholastic. 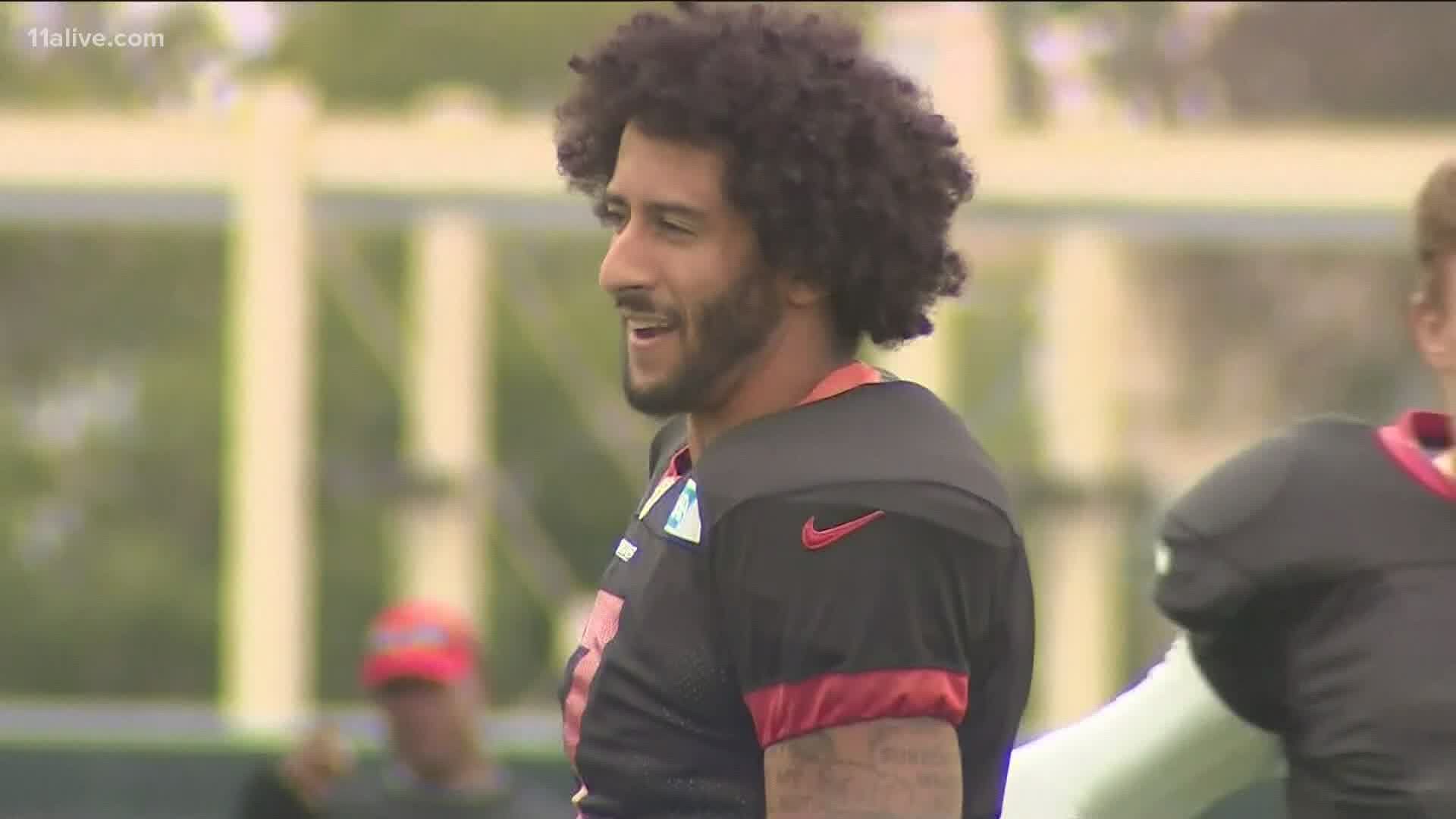 Colin Kaepernick is moving from quarterback to children's author.

The activist and former NFL quarterback announced recently his first children's book entitled I Color Myself Different, set to release on April 5, 2022.

It's illustrated by Eric Wilkerson and will be released by Scholastic in partnership with Kaepernick Publishing.

Kaepernick Publishing was founded by Kaepernick in 2019 and "strives to elevate a new generation of writers with diverse views and voices through the creation of powerful works of all genres," according to the company's website.

According to Kaepernick Publishing's news release, the picture book is "inspired by a significant childhood memory of when Kaepernick first documented that he was different from his adopted white family."

The 33-year-old was taken in the second round with the 36th pick by San Francisco in the 2011 NFL Draft.

Kaepernick spent three years under center for the 49ers form 2011 to 2016 before electing to sit and kneel for the national anthem prior to a game in protest against racial injustice.

The former football star has not taken a snap since and currently remains unsigned by any professional football team.

I’m excited to share that I’ll be publishing I COLOR MYSELF DIFFERENT, a children's book, with @KaepernickPub & @Scholastic on 4/5/22! #IColorMyselfDifferent is deeply personal to me & honors the courage & bravery of young people everywhere. Pre-order at https://t.co/0LpdyphIsD pic.twitter.com/kfnLZUVpBP