Sanders' jump has been viewed nearly 800,000 times since Sunday. 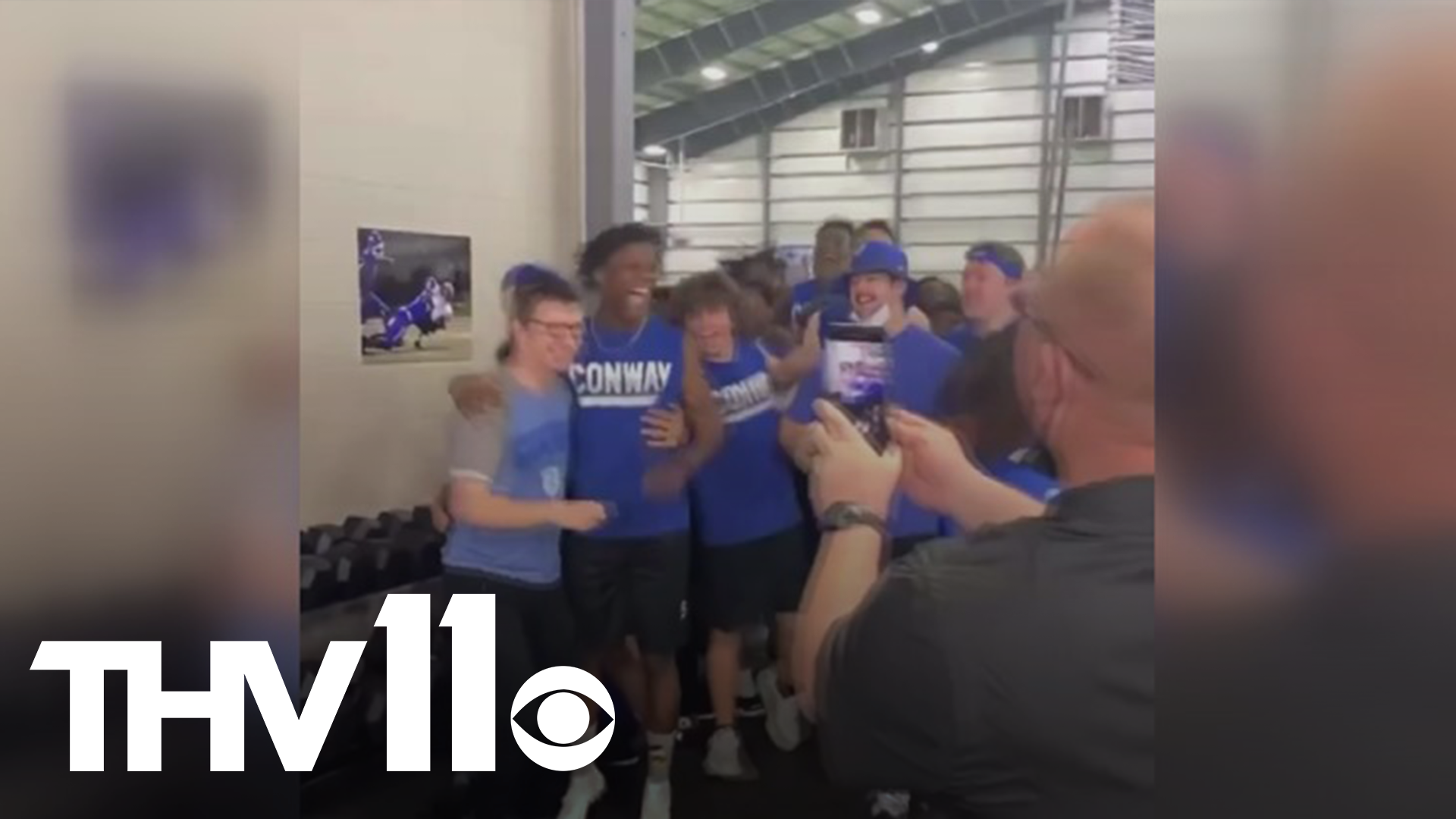 CONWAY, Ark. — Zac Sanders has been a manager with the Conway Football program for years.

Zac Sanders has been the team manager since junior high.

Head coach Keith Fimple couldn’t agree more. "Not very often does he ever have a bad day. He can always take you from having a bad day to having a good day when you talk to him."

It's easy to have a bad day when your grinding during the offseason. But Zac was challenged to show his teammates how it's done on the vertical jump.

"I could not reach way up there, but I finally got it. Reached to the sky, " Zac said.

"Awesome to see his reaction and the team itself. You can see how much they care for him and how much they want him to get that second one"

The Wampus Cats posted the video on twitter that caught the eye of the worldwide leader. "I have this friend of mine who was like you're on ESPN, and I was like whoa really?"

"When I picked up the phone on Sunday, I usually stay with my family on Saturday's they told me this is viral on Sunday and I said what?"

Zac's jump has been viewed nearly 800,000 times since Sunday.

"I'm so thankful to have these coaches that let me be a part of the football team, because they need me of course."