JD Grimes eats, sleeps, and breathes basketball. The senior at Conway has been a mainstay with the program for years. 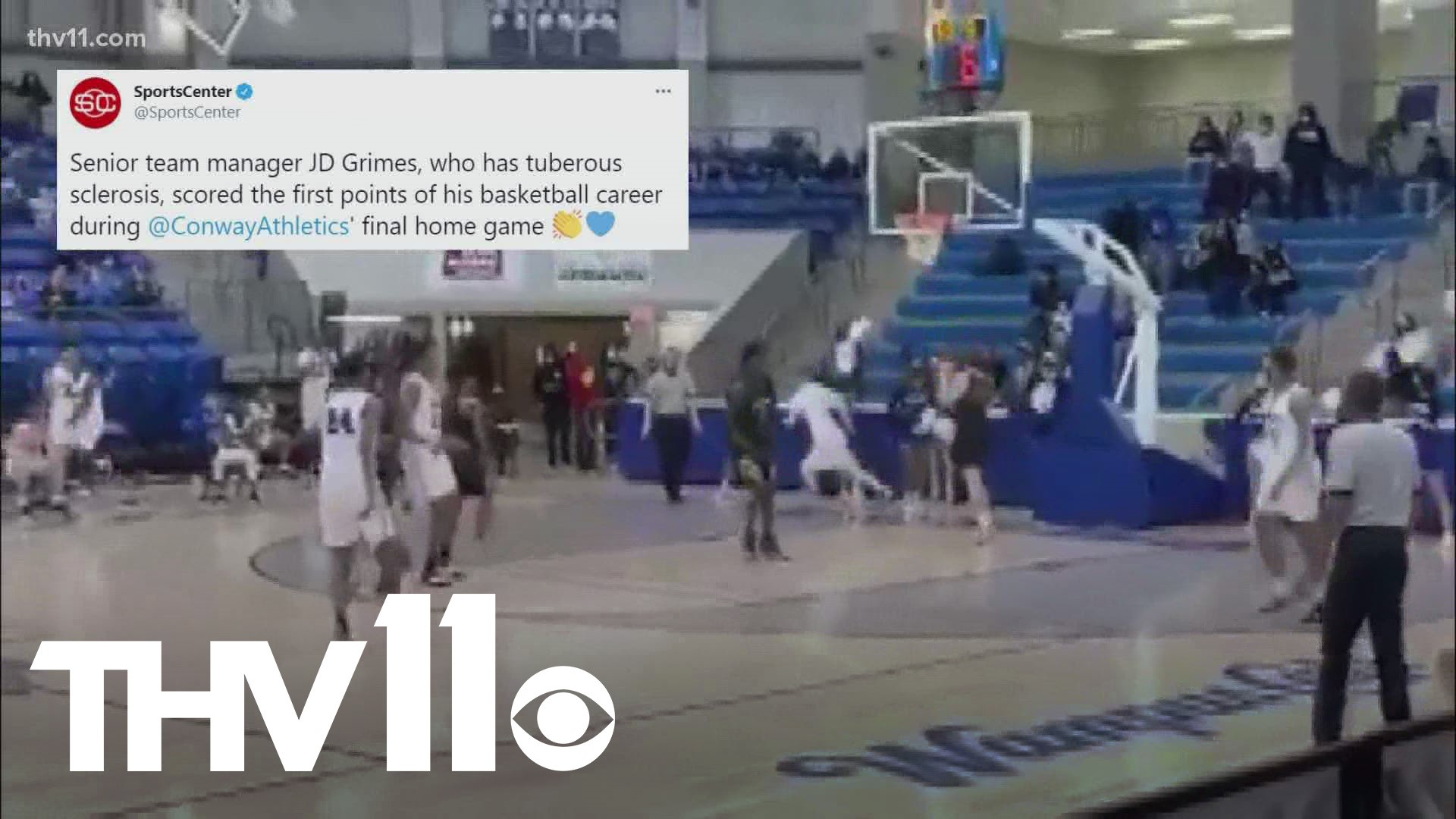 CONWAY, Ark — JD Grimes eats, sleeps, breathes, not to mention watches a lot of basketball.
The senior at Conway has been a mainstay with the program for year according to head Coach Salty Longing.

"He’s been apart of our program since he was at 7th grade at Ruth Doyle Middle School," Coach Longing said.

Due to his battle with Tuberous Sclerosis, an uncommon genetic disorder, JD embraces his role as manager for the Wampus Cats.

"He’s a fixture," Coach Longing said. "I mean if he’s not a practice one day our kids want to know where is JD?"

Friday night for the team’s final game at home in 2021, JD traded the water bottles for a jersey.

"He was prepared, we weren’t sure what the situation would be like at the end of the game."

With the clock winding down in the 4th quarter, Coach went to his bench. JD's mother Laura was ready to roll.

"We saw Coach Longing made a motion to his bench and we said oh my goodness here he comes so we were excited, and I got my camera out," Laura said.

"We needed somebody to come in and score for us quick we needed some instant offense," Coach said.

JD scored his first points in a game as a Wampus Cat.

Not only did he score, his highlights we’re suddenly side-by-side with his idols.

"By that night or the next morning, we had links going from ESPN and you start getting phone calls and it was crazy."

He may be a viral star on ESPN’s Twitter but there’s one thing he’d love more to end his final year with the Wampus Cats. A state championship.