After being told he'd never play again, Dover junior back on the baseball field after heart transplant

Diagnosed in 2018 with a rare genetic disorder, Lance Millsaps received the transplant in May 2019. Eight weeks later, the determined athlete returned to the field. 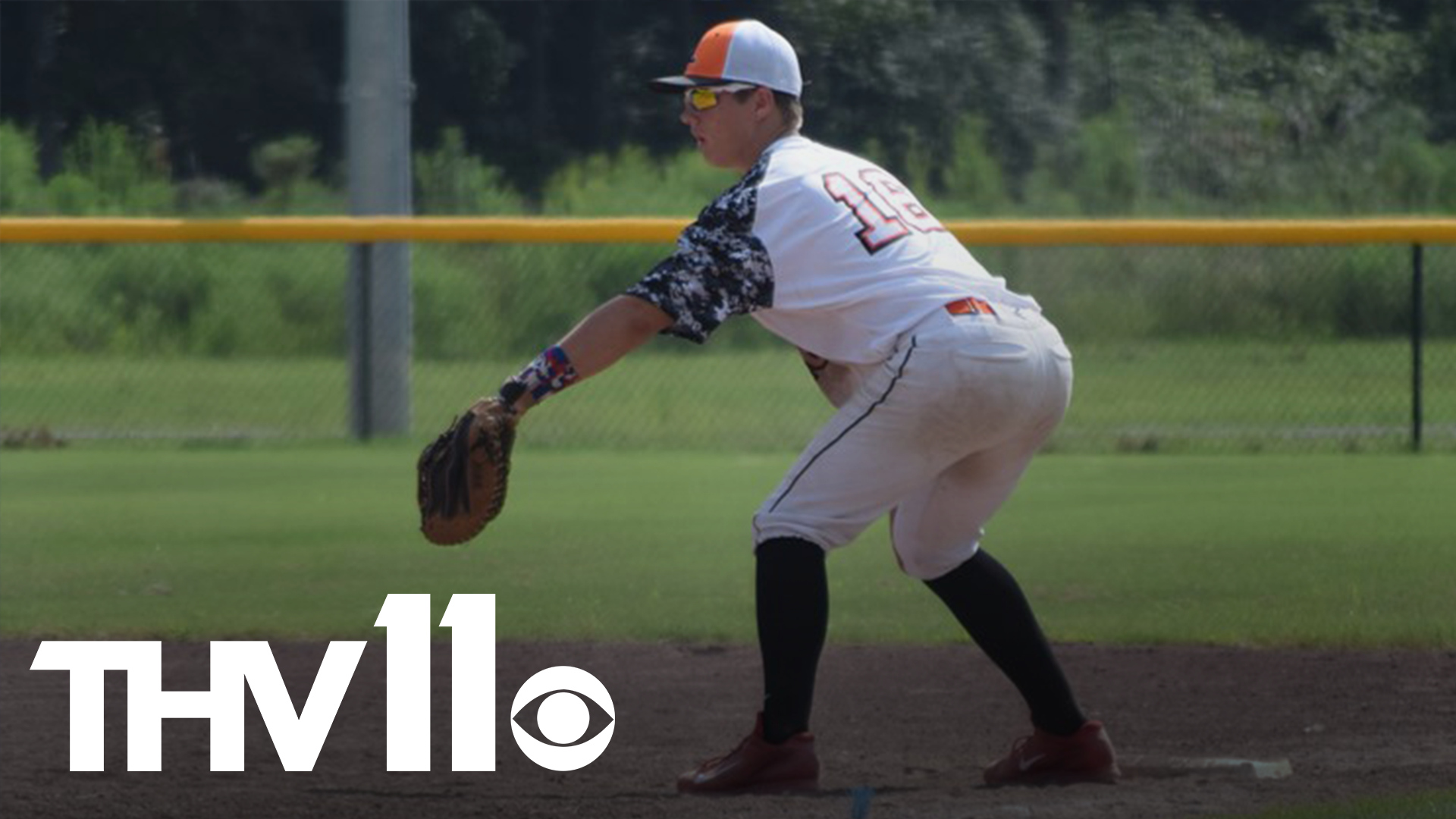 RUSSELLVILLE, Ark. — Lance Millsaps was the epitome of an all-around athlete. He played football, and was a sprinter and thrower on track and field. But he found his true love on the baseball diamond.

“I remember when I hit the first ball off the tee," he said. "I was like, 'Yes. This is something I want to do forever.'”

Lance began playing at the age of five. Travel ball came three years later, and by the time he was fifteen – he was a rising star. An outfielder with speed and a cannon for an arm. He was young, strong, and healthy.

Until one afternoon in February 2018.

I just got done with my throwing exercises and I started feeling something weird in my chest," Lance explained. "But I didn’t want to say anything to the coaches because it wasn’t horrible. And then I started doing my sprinting exercises and then it got really bad. And I walked over to the head coach and I was like, 'I don’t know what’s going on, but I’m going to sit out the rest of practice because I feel like I’m going to pass out.'”

Around 9:30 that night, things took a more serious turn.

“He was like, 'Mom, something doesn’t feel right,'" Lance's mother, Rhonda Millsaps, said. "He said, 'My heart feels kind of funny,' and when he turned and looked at my husband, you could see his heart beating in his neck. And that’s when we were like, whoa, something is not right.”

The Millsaps rushed lance to St. Mary’s Regional Medical Center in Russellville. Admitted with a resting heart rate of 206, over the next thirteen hours, it never fell below 176.

Lance doesn't remember much, but knows, “I was scared the night everything was going on because I actually thought I was going to die that night. I did not think I was going to make through the night.”

Lance was life-flighted to Arkansas Children’s in Little Rock – just five days after his fifteenth birthday. Over the next several days, he underwent numerous tests to try and determine what had caused his elevated heartrate.

“We went in on a Tuesday, and that Friday," said Rhonda, "they did a cardiac MRI and that’s when we came up with a diagnosis.”

Lance had Arrythmogenic Right Ventricular Cardiomyopathy, a rare genetic disorder that affects the lower chambers of the heart.

And it can be fatal.

“It’s one of the leading causes of sudden death in athletes," Rhonda said. "Most of the time, you don’t know you have it until it’s too late.”

“From the beginning, Lance had told them all, 'I’ll walk away from football, no questions asked, just please don’t take my baseball,'" said Rhonda. "He said, 'Whatever you do, I want to still be able to play baseball.'”

While he was in the hospital, doctors placed a defibrillator designed to help Lance’s heart maintain a normal rhythm. And for six months, there were no issues.

“In October/November 2018, he started having little mid episodes to where he was having major chest pains again," Rhonda explained. "And he would kind of feel off for a little bit. They were noticing he was having little bouts of V-tech, but it wasn’t long enough to charge the defibrillator.”

Lance made it through December of that year without any episodes. And then, on January 21, 2019, while at a high school basketball game – his defibrillator went off.

“He went down and sat down, and after he sat down with his buddies, the next thing I know, I hear him scream,” she said.

For the next few months, the Millsaps endured a series of tests and ever changing medications in an attempt to stabilize Lance’s heart.

“We were preparing ourselves to have to wait for awhile," Rhonda said. "So when we got the call – cause we were still in the hospital, we couldn’t leave until he got his transplant – we were all in shock and amazed that it happened so soon.”

After Lance received the ultimate gift, the improvement was immediate.

When his parents came into his room the morning after his transplant, they found Lance awake.

Eight weeks after his transplant, Lance was back on the field.

I started throwing a baseball and I really started working on pitching mainly," said Lance. "And then we would hit from time to time.”

And on March 2, 2020 – Lance was in the lineup for Dover’s season opener against Paris.

“When I walked out to my position, I just kind of stood there, took a deep breath, and just looked all around me," he said. "It was a great feeling to just be like, 'Wow, this is actually a game. This is actually real life.'”

RELATED: After nearly a year wait, 1-year-old gets heart transplant

In the stands, Rhonda was overcome with emotion.

"I just bawled. Just, you couldn’t hold it in. Baseball has always been his love and his passion, and for him to be able to get that back has been just amazing,” Rhonda said.

After more than two years away, Lance was playing baseball again – the way he had always done it – with all heart.